The Socialite Family
0
DISCOVER OUR CHRISTMAS NOVELTIES ON OUR ESHOP. SECURED PAYMENTS.

After Party, an Inventory of the Night

“Like a Cinderella who returns to reality.” The photographer François Prost uses this somewhat metaphorical comparison to help us grasp the very particular atmosphere of the places he has been surveying, camera in hand, since 2014 for his After Party series. On his itinerary, about a hundred discotheques, spread across every French territory and immortalised using the same procedure: photographed by day and from the front. No trickery, but a magic spell, shattered by the dawn. A teenage idealisation that, with the partygoers gone, begins to resemble a film set. A modern ‘Cinecittà’ discovered by the artistic director after a bike ride in the car park of one of them, L’Altitude Club. Fascinated by the human and architectural aspects of the establishment, he took a picture of it. The analysis. Then he decided to try the experiment again elsewhere, depending on where his weekends took him. The images, colourful and offbeat, began to mount up. At this point, François Prost decided to devote himself exclusively to this project. The result is a very beautiful book, also called After Party, produced hand in hand with the talented creative Jefferson Paganel. A dark blue background with an ambiguous holographic faceted ball that, thanks to its fairy godfather Pedro Winter, is now on display in bookshops. Through Headbangers Publishing, the founder of Ed Banger Records is delighted to be producing the first book by an artist he believes in. The tenth of his publishing career. A genesis of what he began to achieve fifteen years earlier with his electronic music label, which produces and supports the best of the French scene, from Justice to the late DJ Mehdi, including SebastiAn, Mr. Oizo and Vladimir Cauchemar. A story of encounters. The kind we like to tell you about at The Socialite Family.

Discover After Party in our ephemeral shop at 12, rue Saint-Fiacre – Paris 2ème. 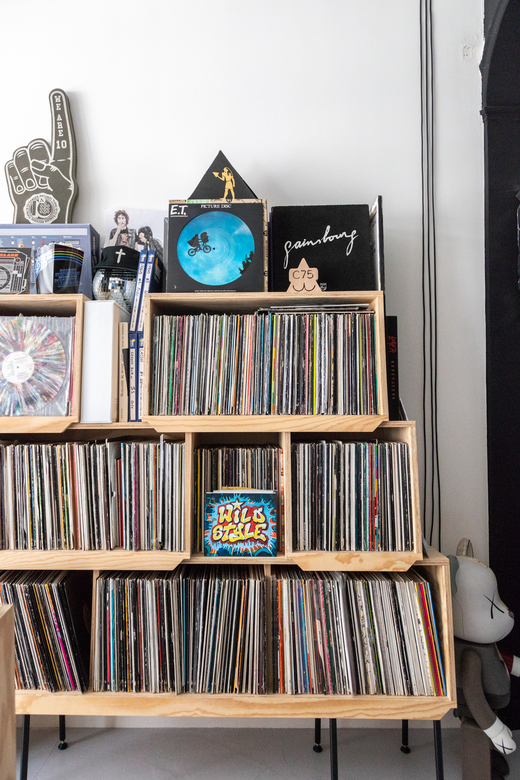 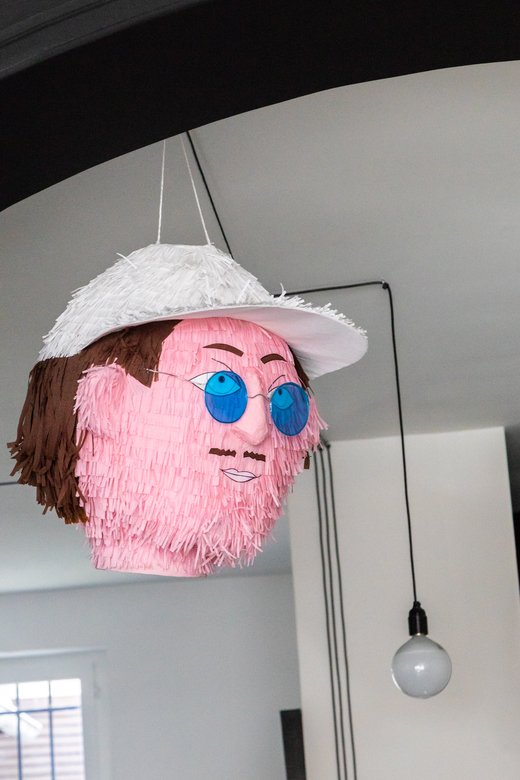 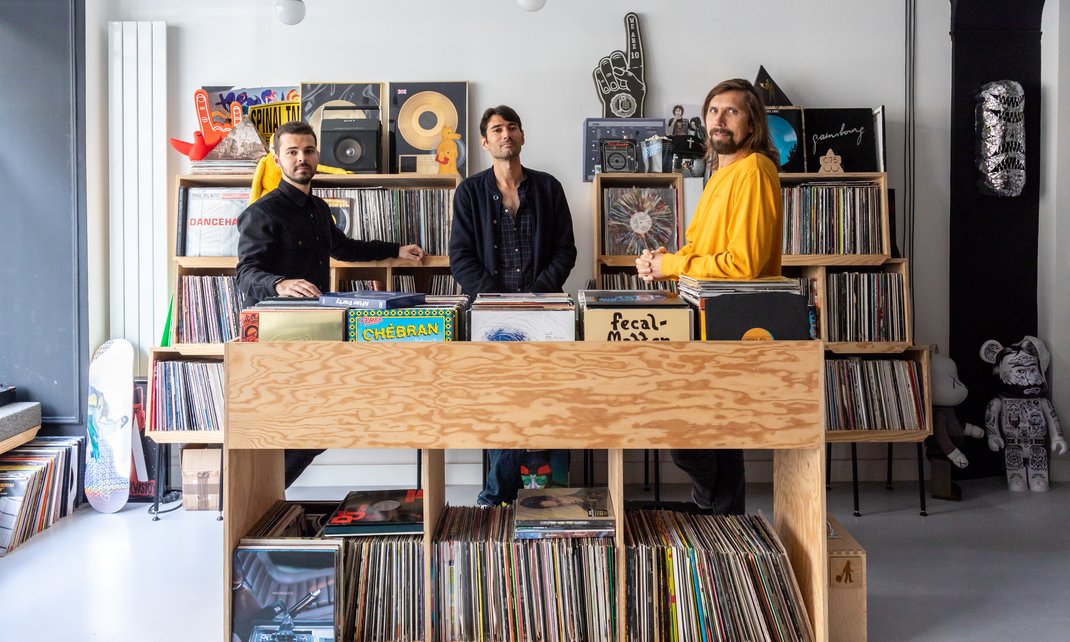 François, Jefferson, Pedro, can you tell us who you each are?

I’m originally from Lyon. I took a course in applied art and graphic design in Brussels and Italy. I’ve been working in Paris for the last twelve years as a graphic designer and art director. Over the least few years, I’ve been developing a photography business in parallel with my main career. That ended up taking more and more of my time and a year ago, I decided to dedicate the bulk of my time to finishing ongoing projects and start new ones.

I’m a publisher and a producer. I enjoy supporting the artists that I meet, which has been my passion for the last 25 years. I started my own publishing company, Headbangers Publishing, which is a spin-off from my label, Ed Banger Records. It started out as a music publisher, but my desire to publish books quickly came to the fore. We are now publishing our tenth title. We are a tiny, artisanal publishing company.

I am an art director as well as a graphic designer (and I also created the visual identity for The Socialite Family), and I’ve been doing this for nearly ten years.

Who does what in the project?

François is a photographer and joint art director. Jefferson is the associate art director. He was also behind our first meeting with François. I’m just the humble publisher, happy to be able to capture François’s talent in a book, because he is such a talented guy.

I handled the photography and I work closely alongside Jefferson on the art direction and the layout of the book. Pedro joined the project as an editorial guru and provided guidance through his clear thinking and his insight as we finalised the book and put it to bed. 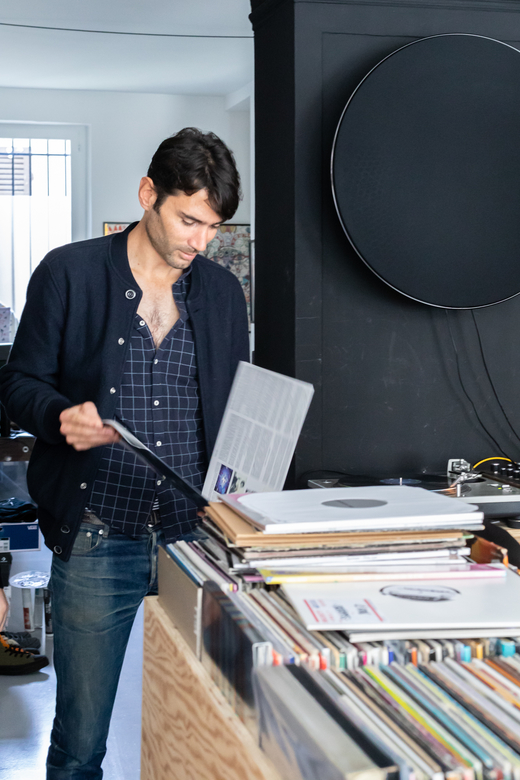 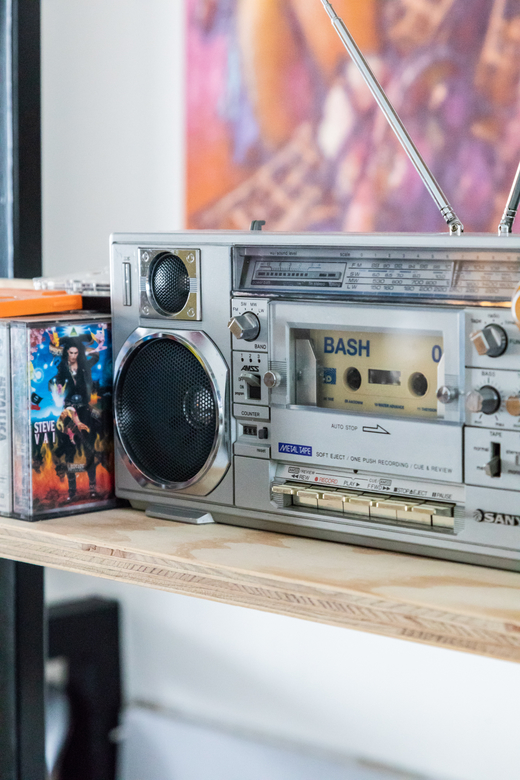 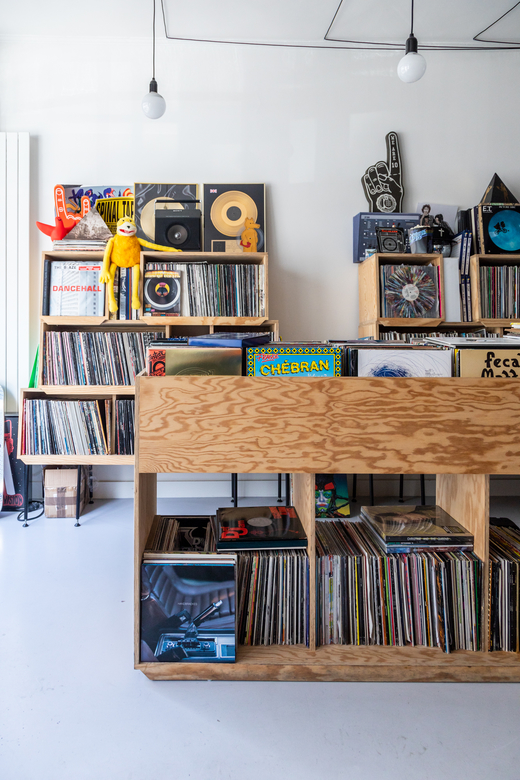 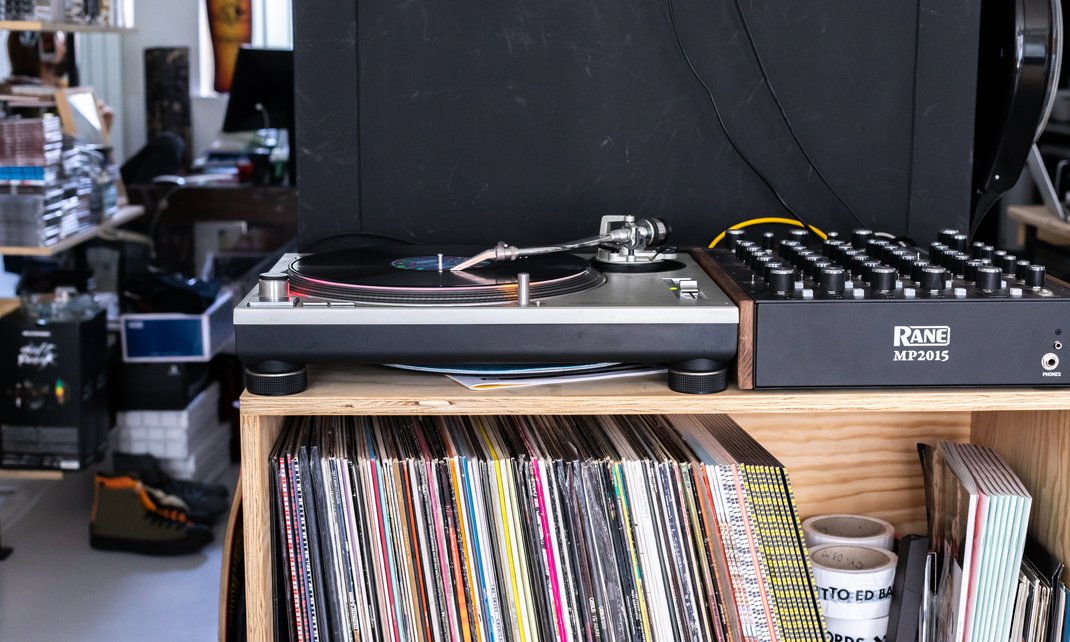 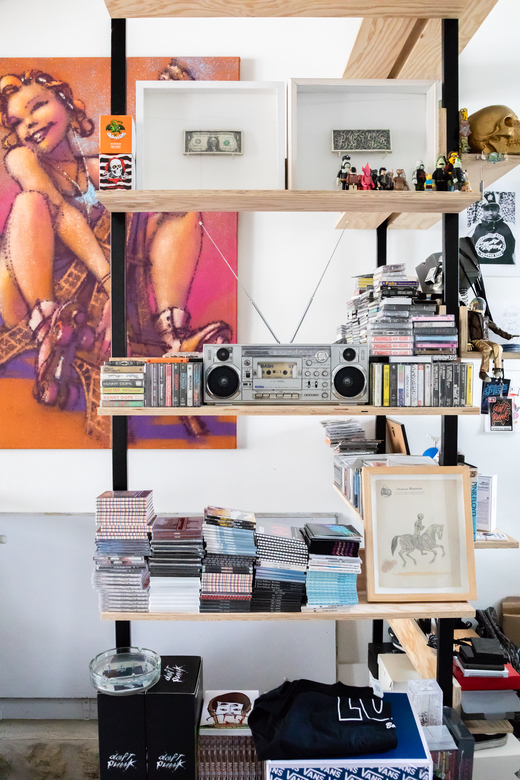 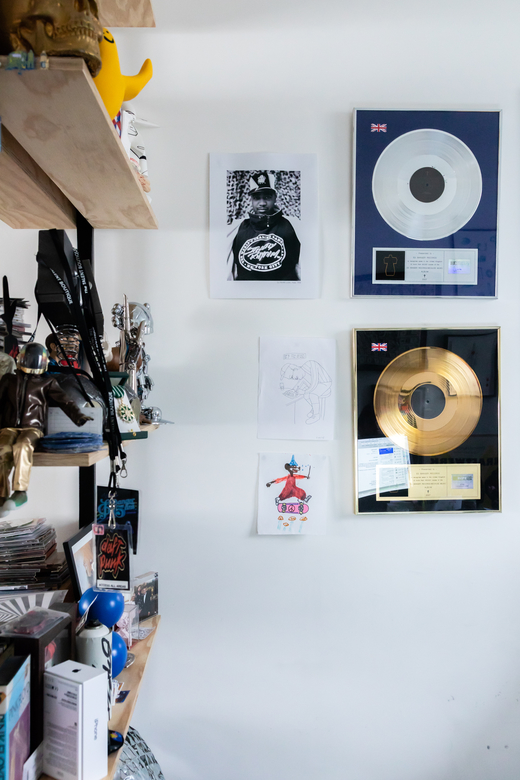 François, where did the idea of immortalising these nightclubs come from? Why did you choose them in particular?

The first photo in this long series dates back to 2011. I’d spent a few days in Burgundy on a cycling trip with a friend, and I found myself waiting for him, purely by chance, in the car park of a club called the Altitude Club. I noticed a few pieces of broken glass and empty cigarette packets on the floor, which showed that a party must have finished a few hours beforehand. These items contrasted with the somewhat gloomy atmosphere at the time I was there. Somewhat unsettled by the dissonance between the present moment and the wild party atmosphere that must have been there a few hours beforehand, I shot some photos at the location. I came across them a few months later and said that there was a subject for a photo series, exploring these places that were sleepy in the week but that went wild at the weekend. It seemed to be a human interest story, because these places were so full of memories and stories of all kinds – as well as from a social and architectural perspective, in terms of the codes that these businesses use to convey their party atmosphere. The original idea was not simply to show places in the sticks, but rather to create a general inventory of France’s clubs and discos. After several attempts and research in town centres, I decided to give up because there weren’t enough photographically meaningful opportunities. At the start, I shot my photos during weekend trips. Then it took up more and more time and energy until I spent entire weeks in the regions doing nothing but that. 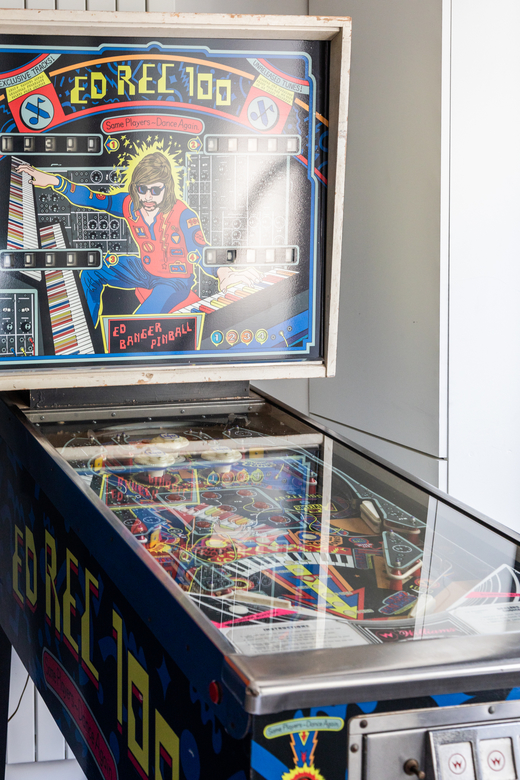 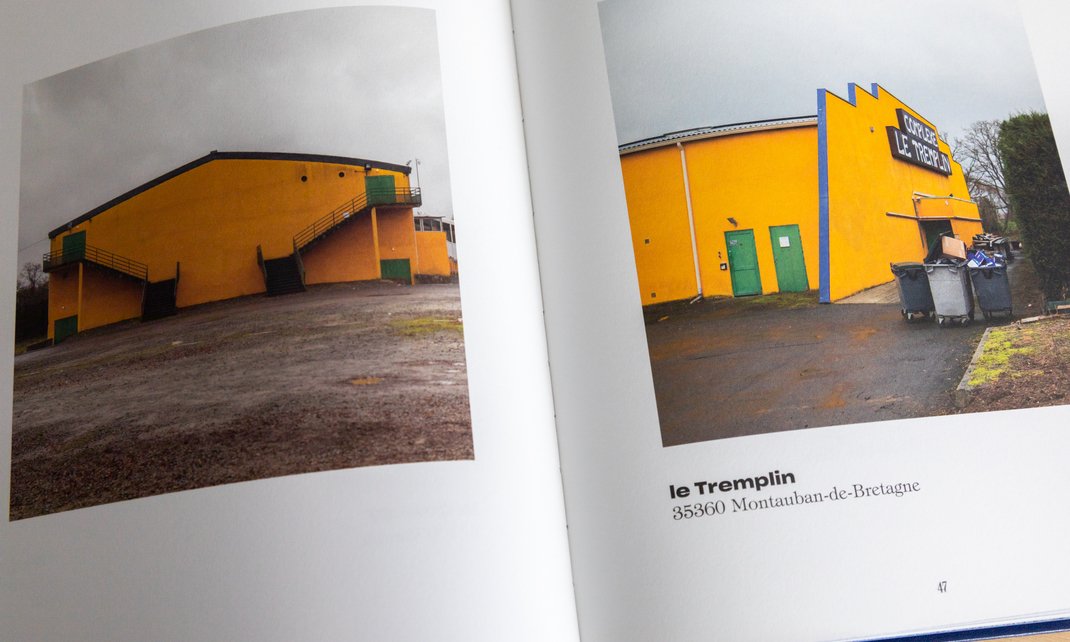 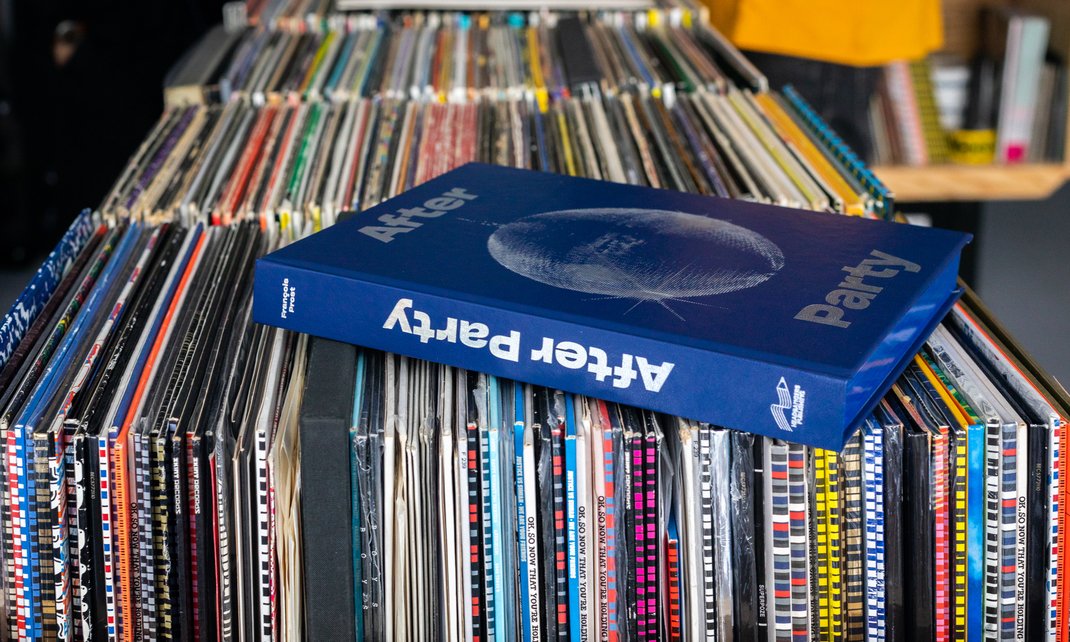 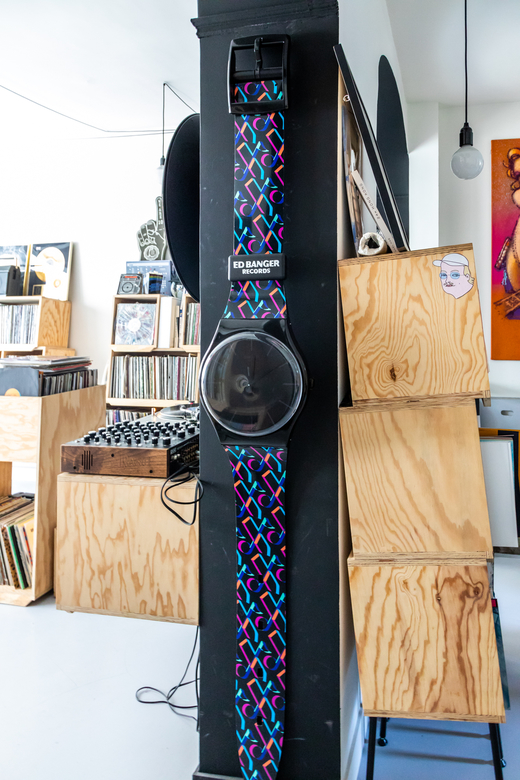 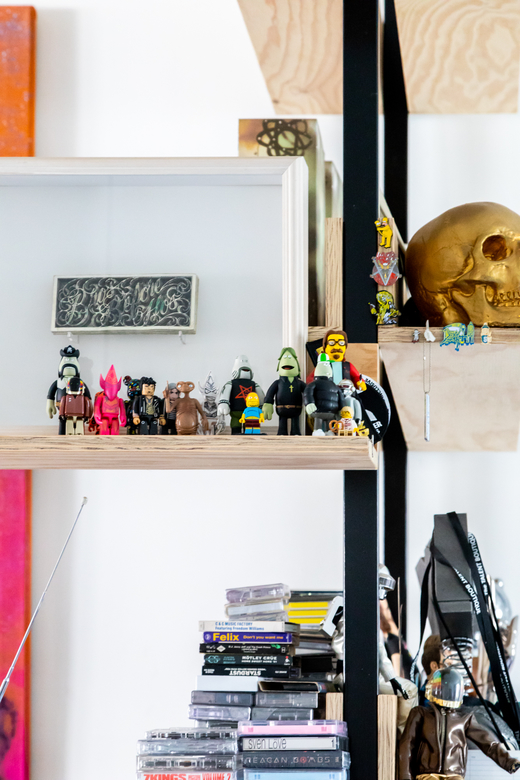 What made the biggest impression on you, or what did you like most, architecturally speaking?

Page 213: “L’Addiction” club in the town of Angoisse (which means “Anxiety”) – but it was brilliant.

I am quite fond of the “knock-off” elements and everything that you could call a “pastiche” like the imitation bas-relief (Acropole), the Greco-Roman balconies and plastic palm trees (Fiesta Club Privé) and replicas of the Sphinx (Le Sphinx) or Mayan statues (La Nuit). These decorative and architectural elements give the impression of design that comes out of nowhere and which I find fascinating, while most of them are often surrounded by fairly grey, washed-out industrial estates. I also like the corrugated iron reproduction of an Egyptian pyramid at La Pyramide.

I love La Fiesta, a tropical disco explosion. Everything is perfect!

Pedro, how do you select the books that you publish?

I like chance encounters, accidents, spontaneity. There is no method to my madness; I don’t get any “demos.” It all operates on a very human scale. I set my own pace, and there isn’t any specific direction. Photography, illustration, street art, music, niches: it’s all so exciting. Headbangers Publishing is interested in movement. 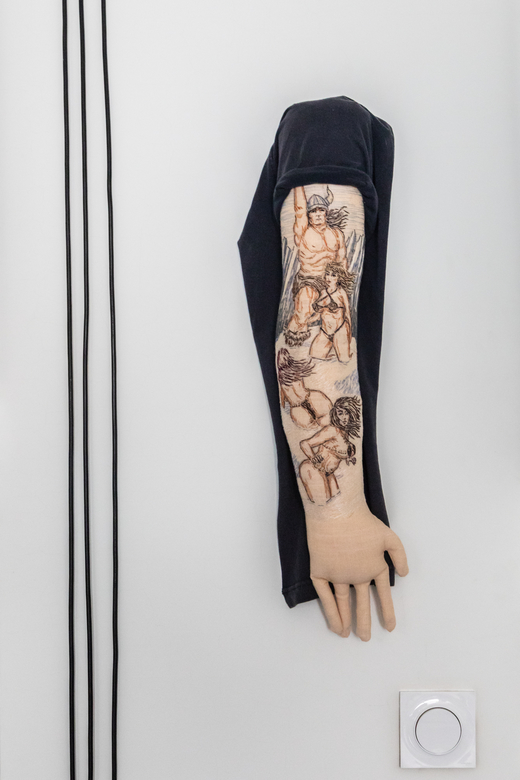 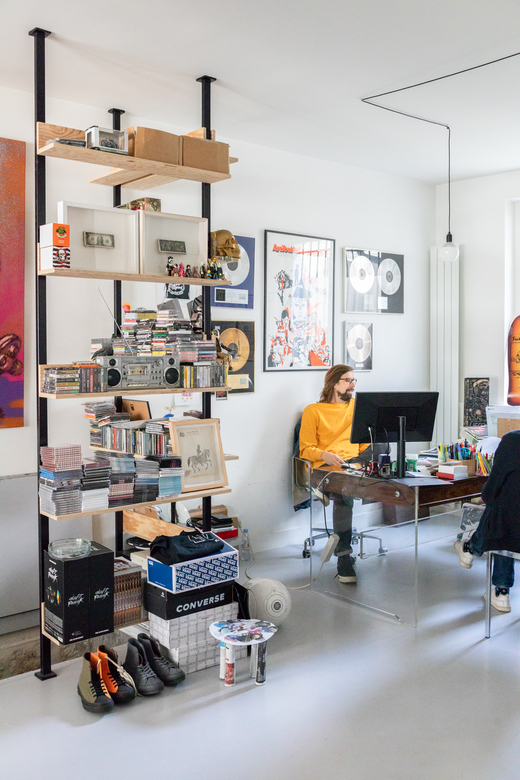 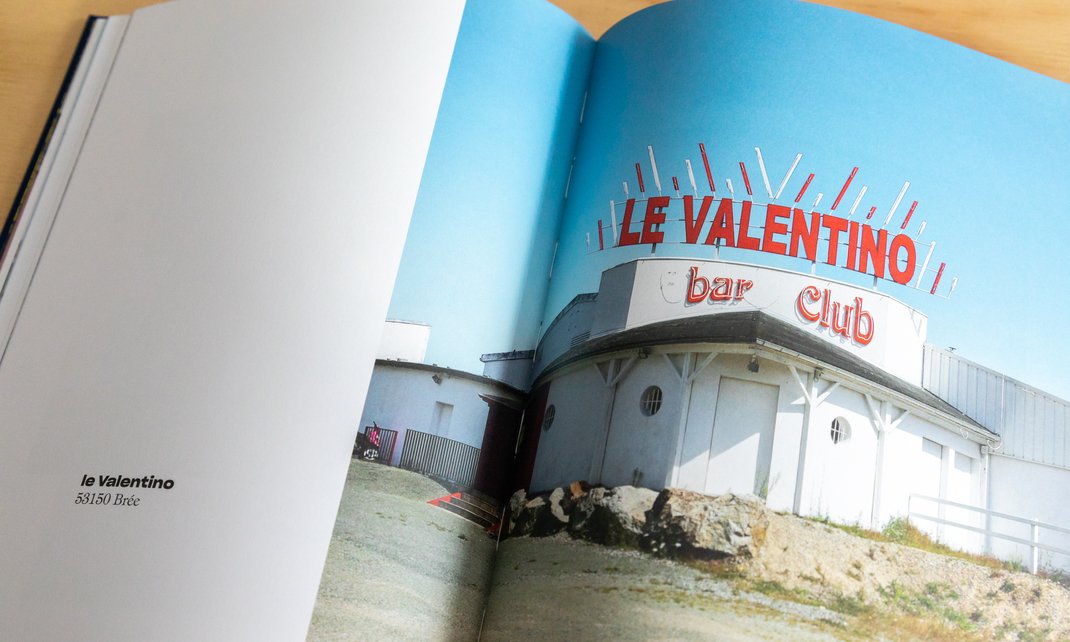 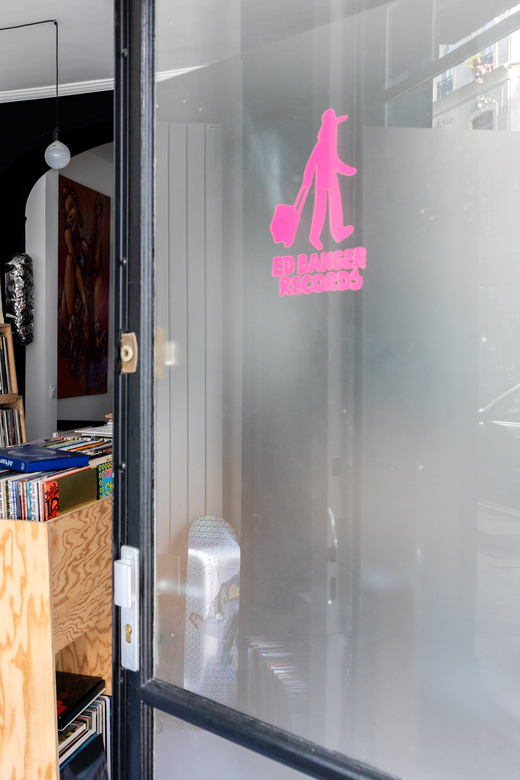 What about this project appealed to you so much?

I’ve always been fascinated by the night, throughout my life. It’s where my musical heroes chose to share their music. François Prost’s take on this “otherness” appeals to me. I like tying things together. From the “trendy” night-time milieu that we could show, to a more accessible, mass-market audience that has every bit as much of a party atmosphere. Some people like to accentuate the gap between people. I prefer to bring them closer together.

Do you know any of these nightclubs from your own experience?

No, Il’ve never gone out to any of these clubs. I know a few.

Having grown up in the suburbs of Lyon, I spent a few evenings during my teenage years in some clubs that are included such as Le Drungly, the Cesar Palace, the Obama Club (which used to be called Space) where one of my friends was turned away by a bouncer who said “Sorry, you haven’t got the Space look.” But that goes back a long way!

Teenage memories from L’Acropole! This book is a kind of treasure map. I rushed to explore France’s single-lane highways looking for these colourful places.

Jefferson, how does your graphic design highlight the photos in this book?

We worked alongside François as a team. We started by selecting and sorting the photos, which we then started to lay out on the page looking for a guiding theme and a rhythm. Then, for the graphical work, we focused partly on opening each chapter with a reference to the fluorescent lighting that you find in rural locations. For the cover, we decided to select a few items that evoked the night, in contrast to the daytime photographs inside the book. So you have a cover in midnight blue leatherette, which references the interior of these premises with a holographic marking that recalls a mirror ball.

What inspired your graphic design that resulted in this wonderful book?

The primary inspiration comes from within the book itself. All these incredible signs filled with typefaces, shapes, and colours. Not always in “good” taste, virtually in direct opposition to typographic rules, but that’s what makes the series take shape with a kind of style of its own. We very often find a somewhat “bare” building with a super bold sign above it, just to stand out.

Can you tell us about your respective upcoming plans?

The release of the ED BANGER 15 record, which will bring together some of Ed Banger‘s greatest hits, played by a symphony orchestra.

I am working on projects to create graphical identities. On the photographic side, I’m busy setting up an exhibition for the After Party project in an Agnès B. store, which will be held from 22 November to 22 December. I’m also engaged in creating reportage and documentary for two magazines and an advertising agency. And then, looking forward, I’ll be creating other photo books from freshly produced series of shots. 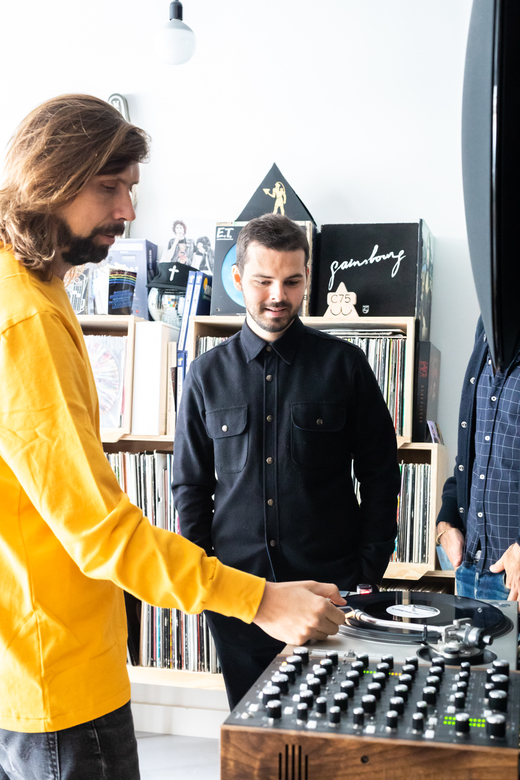 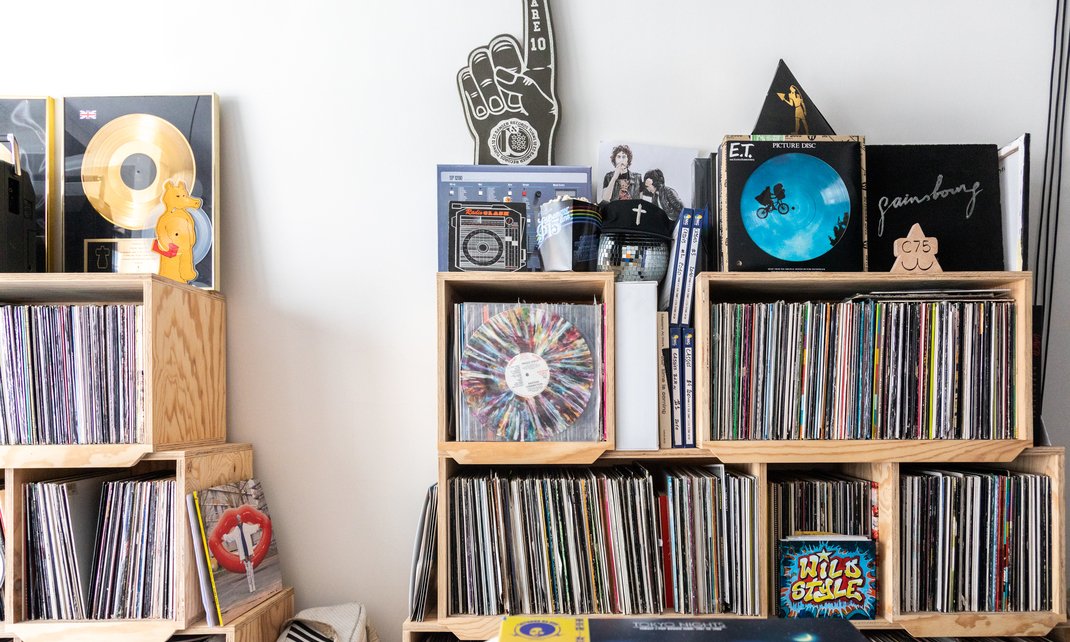 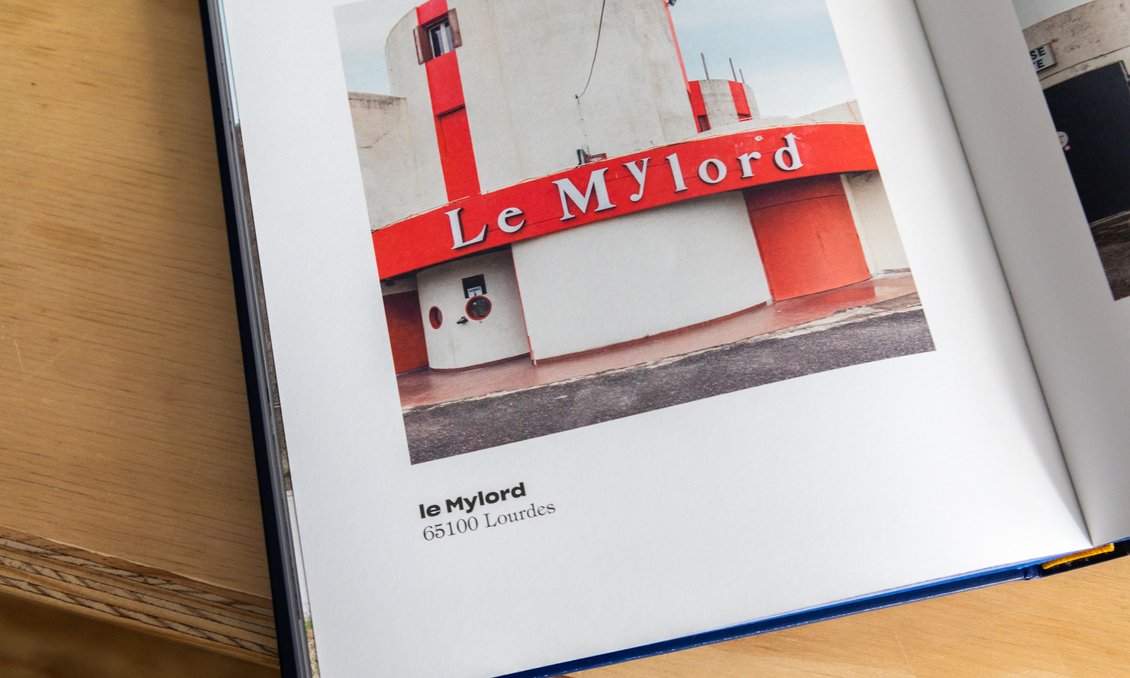 ll these incredible signs filled with typefaces, shapes, and colours. Not always in "good" taste, virtually in direct opposition to typographic rules, but that's what makes the series take shape with a kind of style of its own. 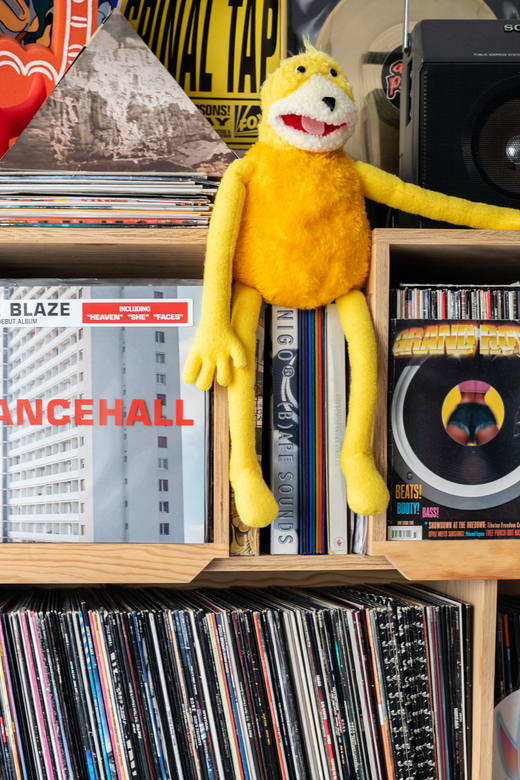 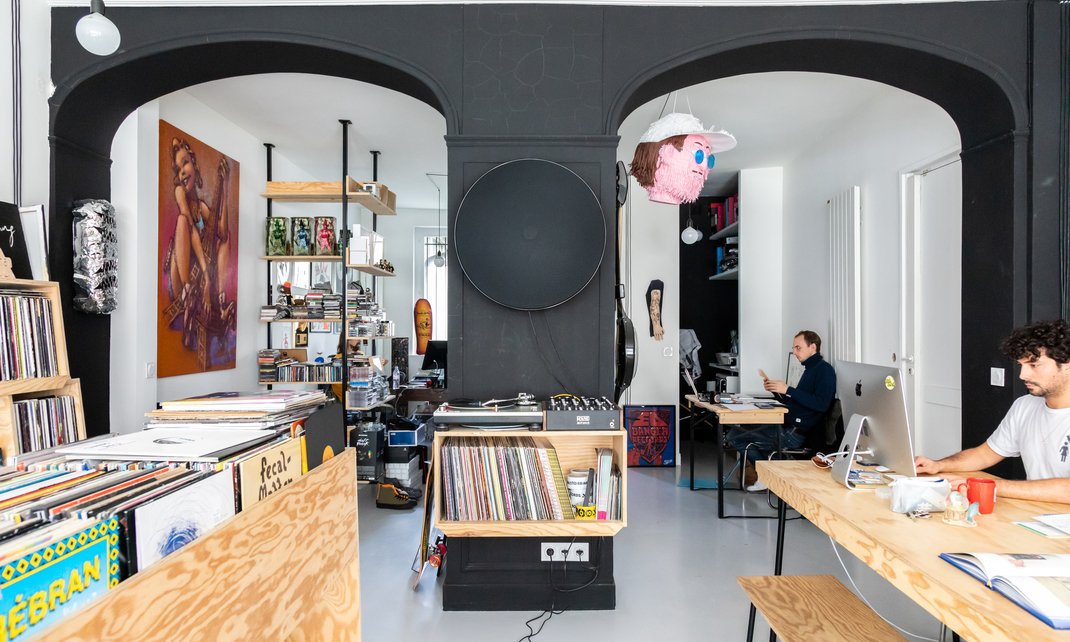 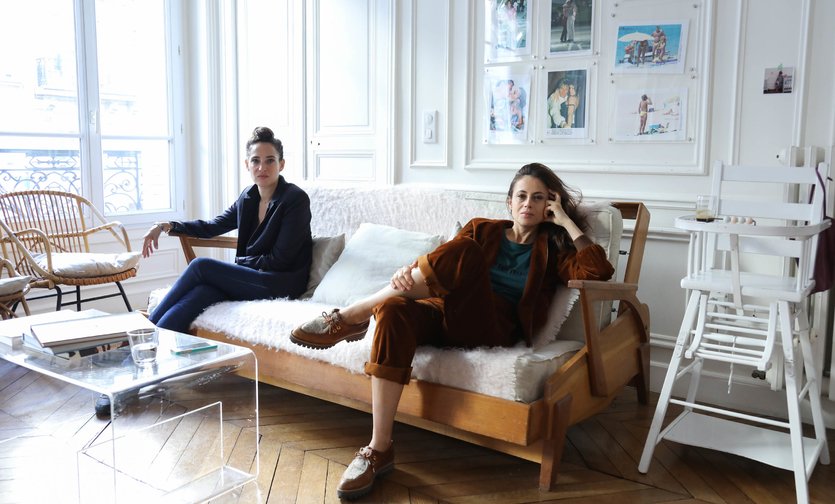 Sibilla, the happy owner of the Ebbio estate, has always switched between the city and the countryside. Moving between the two...

If we had to define Wilo & Grove, an “art publishing house” would undoubtedly be the most appropriate term. Nevertheless, the concept...

Empreintes, the Place for Crafts...

A concept store where crafts have the place of honour looks like a modern and purer Ali Baba’s cave! At Empreintes, imagine 600 square...

I LIVRAISON OFFERTE LAST HOURS I Plus que quelques