For more than a year, Anne Carpentier has been gravitating around The Socialite Family. Her recommendations being as assured as her taste and her love of art, she has decided to place them at the heart of her new acquisition: Vaste Horizon. A house (hers) for guests, an extension of her gallery, the aptly-named Vaste Horizon. In the district of la Roquette, this place is one of a kind. An eighteenth-century look, with thirteenth-century details and exquisitely-curated decoration. If we have to keep one thing in mind on entering the ancient residence of the Bibion family – to which the street that houses Vaste Horizon owes its name – it is Anne herself. Anne the passionate, who gave her project the same name as the hotel in Mougins that witnessed the beginnings of the love affair between Dora Maar and Pablo Picasso. Anne the committed, who makes it a point of honour to ensure that this place is a cauldron of creative encounters and rivalries. Anne the generous, who, assisted by David, strives every day to preserve for her guests the atmosphere of a ‘family pension’, for which it was renowned under its previous owner. An effort which succeeds brilliantly, thanks to the four bedrooms (and other spaces) conceived in complete opposition to current trends, which dictate that only the ‘usefully beautiful’ has the right to exist. After all, we’re in Arles. What more do we need? 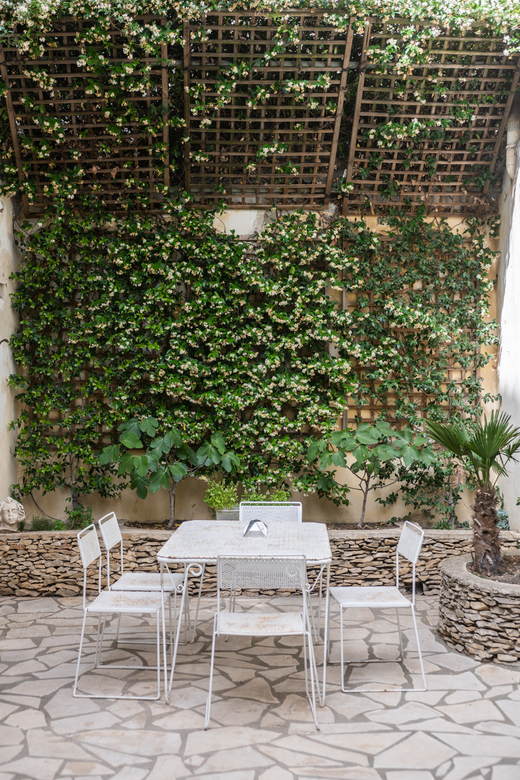 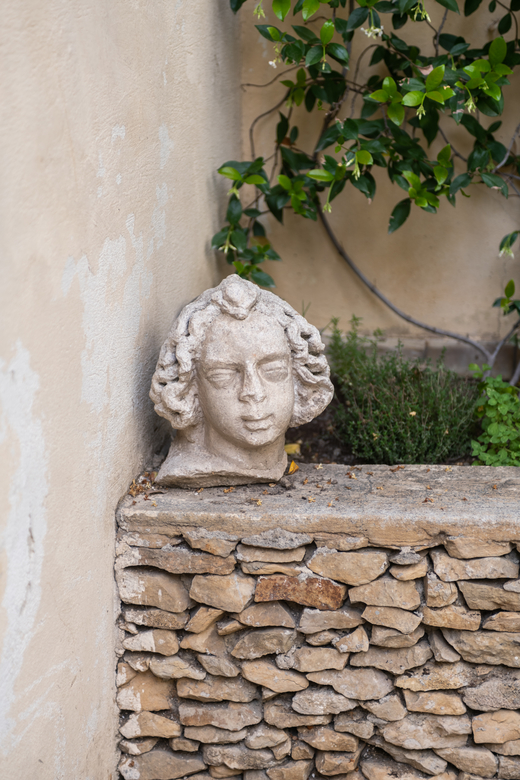 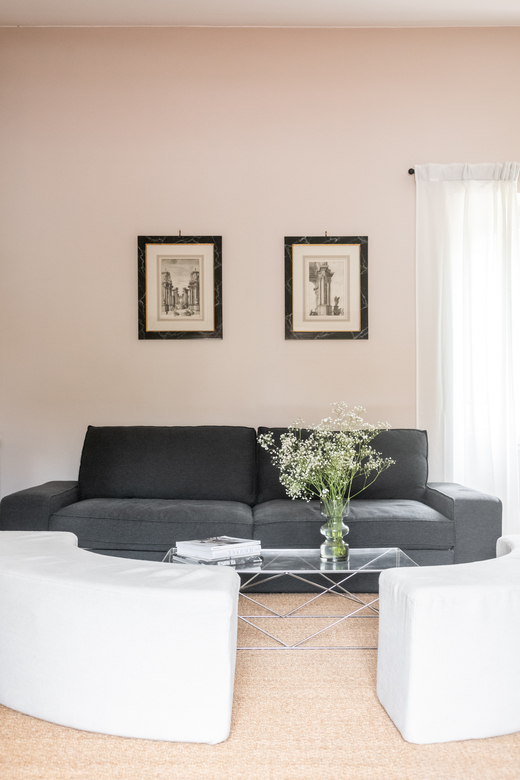 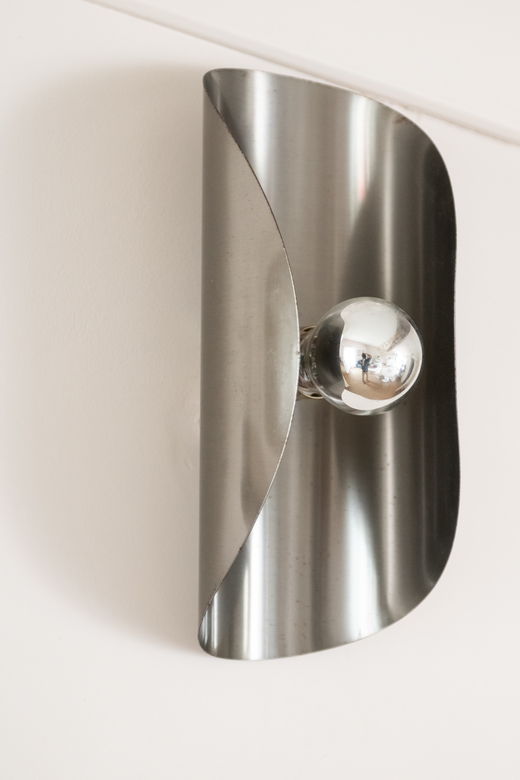 Anne, who are you? What is your background?

I am the mother of a future actor or politician, Darius, who is eight and a half years old, and I’m also a great lover of art and Arles. I left my Parisian life to settle here. My friend, in turn, gave up his job as an upholsterer at the Louvre to join me! I opened a gallery, lVaste Horizon and very recently we took over this guest house, to be a new and Vaste Horizon.

How do you feel about the cultural and tourist explosion that Arles is currently experiencing?

I’m right in the heart of it, and it’s astonishing! It’s inspiring to see this constant cultural buzz, which is happening every day, on every street corner, at every corner table. Arles attracts personalities whose character is as strong as their power of imagination and their desire to change the way we look at the world.

What are the highlights of the capital of the Camargue throughout the year?

There are Les Rencontres d’Arles, of course, but that’s not all. Every month has its share of events. In July, there are Les Escales du Cargo and Les Suds music festivals. In September, there’s L’Été Indien(s), the Indian Summer collector’s market which will celebrate its second year in the autumn, and the Rice “Feria” too. Then there are the Provençal Christmas celebrations and soon, the reopening of the museum, the Museon Arlaten as well as the inauguration of LUMA.

Tell us about your gallery, “Vaste Horizon”. What’s the philosophy behind it?

To showcase unknown artists and offer new insights into those who are no longer unknown. So, the gallery is an opportunity to present a combination of works, spanning the centuries, geography and genres, with the sole aim of stimulating the visitor’s curiosity while at the same time making a nod to art history. 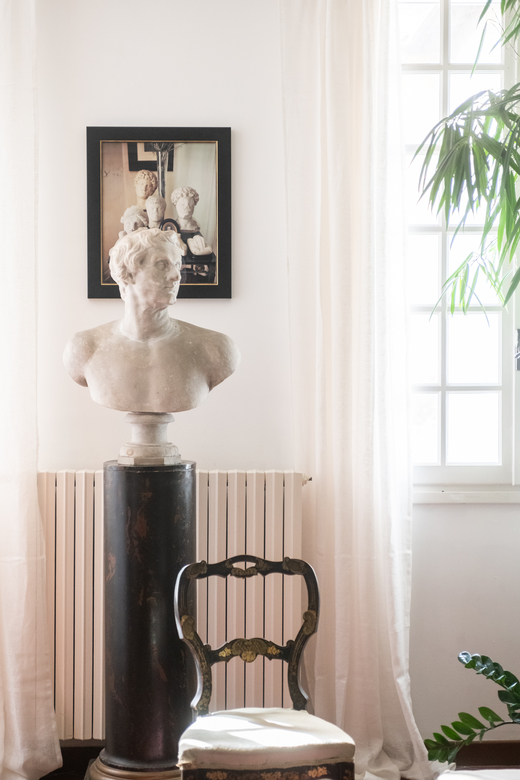 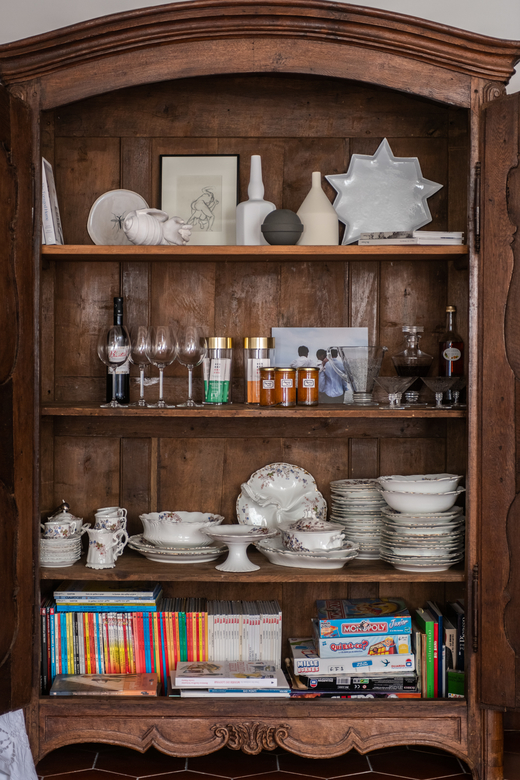 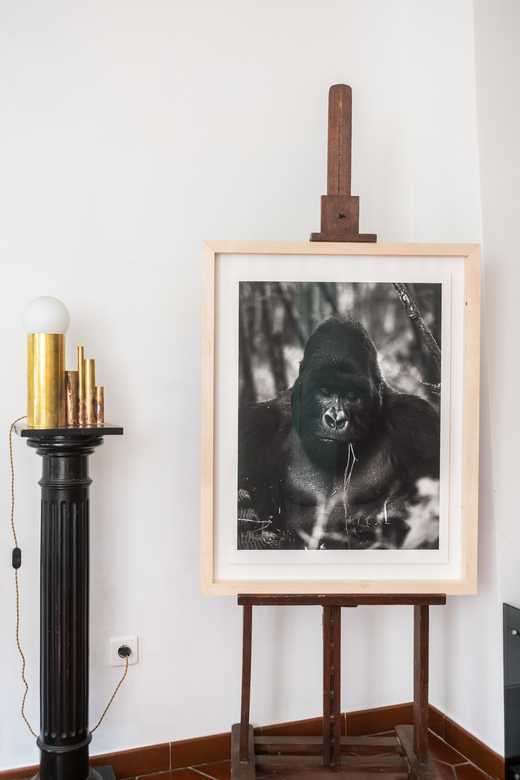 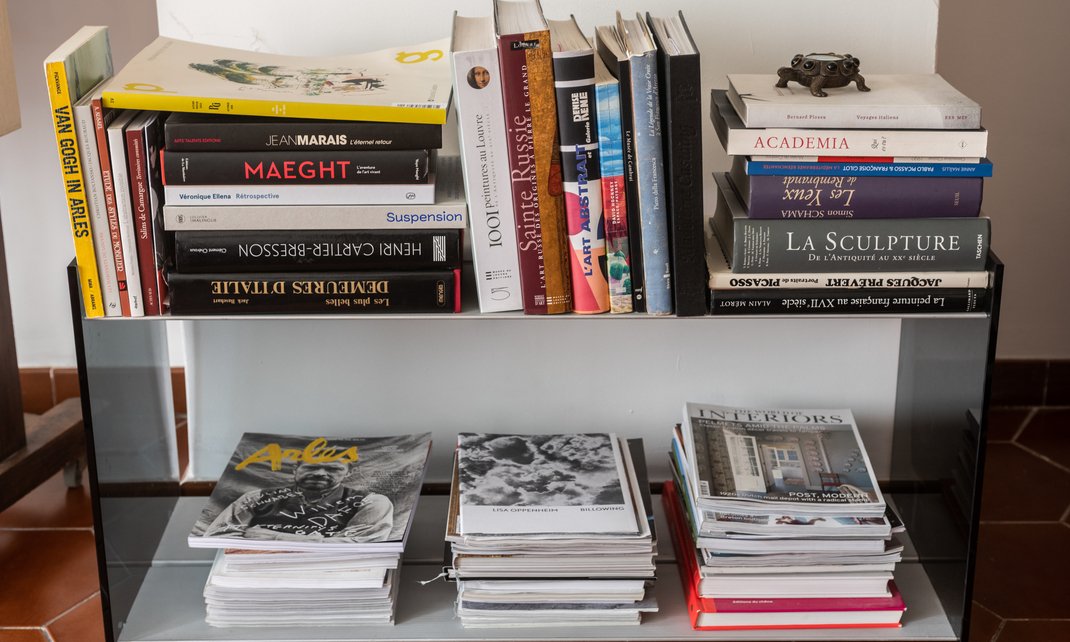 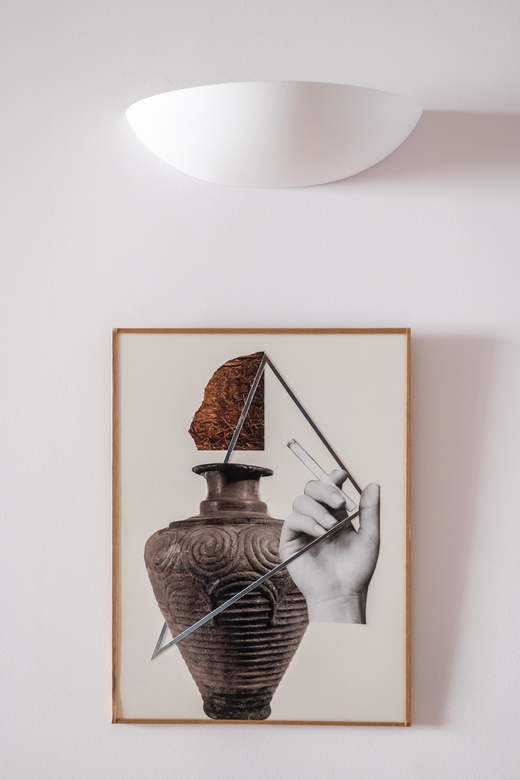 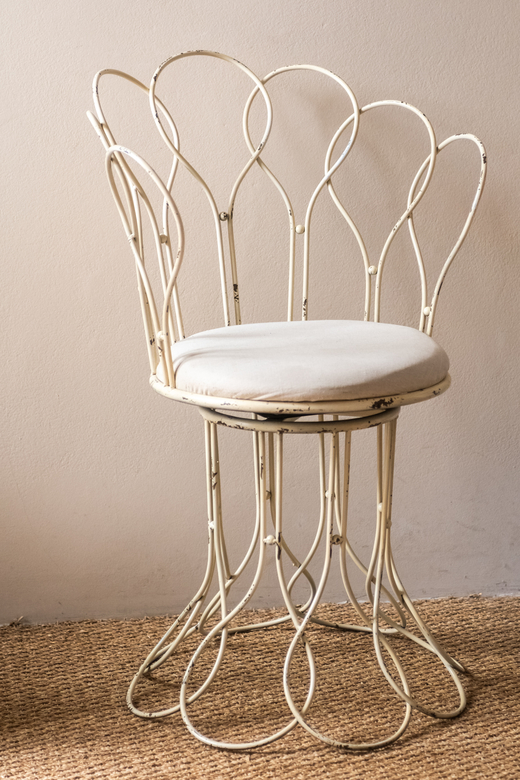 How do you curate it?

I enjoy telling stories about the history of art. For example, I exhibited a series of Dora Maar’s landscape drawings alongside her motorcycle (on loan from the Dora Maar House), because I imagined they were from the sketchbooks she put in the saddlebags of this bike when she went out to draw on the spot, like Van Gogh a century before. My friend Céline Pujol, who created a performance called “Poèmes dansés” especially for the occasion, hosted this exhibition alongside me. Last summer, I presented “Blocs Party”, an exhibition with works by Kalou Dubus and Fred Lebain exhibited together for the first time in a scenography designed by Pascal Humbert and François Joos.

Is the décor of Vaste Horizon, your guest house, an extension of it?

This house is a new pretext for exhibitions of works of art, in the precise context of the interior, with the idea of a takeaway decor. You’ll find pieces by the artists that I’ve exhibited in the gallery, but within the framework of this traditional Arlesian house, which we wanted to preserve. The “guesthouse house” atmosphere, between art and tranquillity, was both sought after and valued by the regular visitors (we’ve received calls asking us not to change anything!). But when the pieces are beautiful, they always find a place.

How did this (new) project come about?

We were just looking for a bigger house. We came across this guest house, inhabited by an elderly antique dealer, who pampered his customers with pieces from his collection and small glasses of rosé served in the courtyard. We loved the spirit of the house, far away from the latest trends, without snobbery or sophistication, in the heart of beautiful and simple things. And we sleep particularly well here too!

Why the name, “Vaste Horizon”?

The name is a nod to an hôtel in Mougins, which played host to the beginnings of the love between Dora Maar and Pablo Picasso. Between 1936 and 1938 they spent their summers there with their friends Man Ray, Nush and Paul Eluard, Roland Penrose and Lee Miller, Brassaï and so on. I love looking at the pictures taken by Dora Maar and Man Ray where you see them playing on the beach or gathered around a table in the shade. Can you imagine the discussions?! 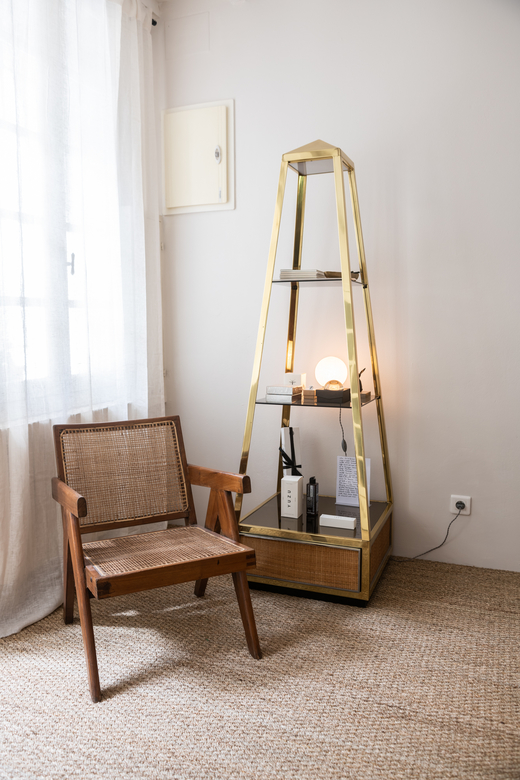 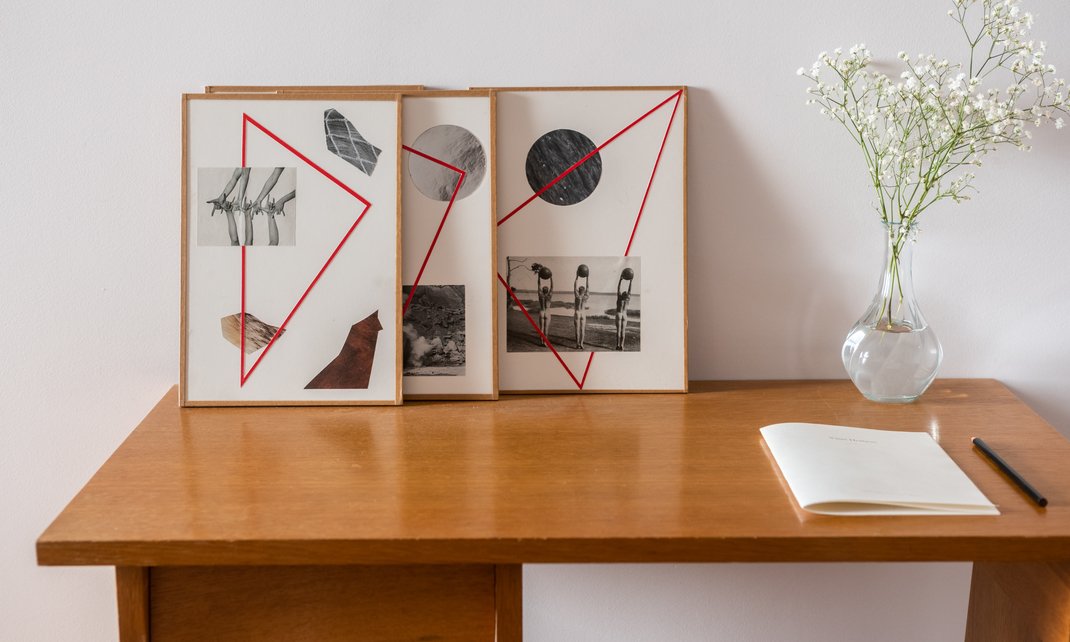 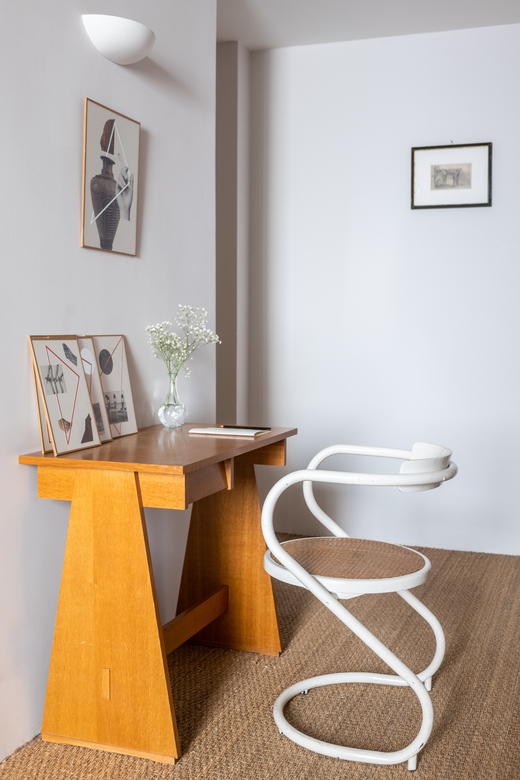 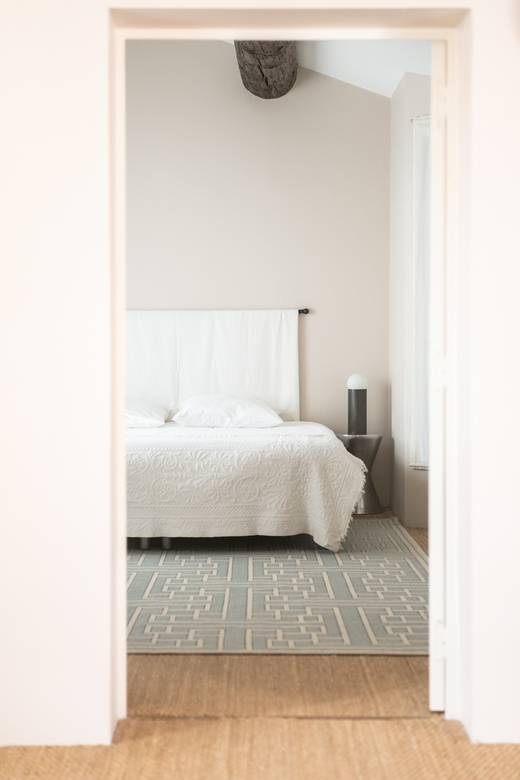 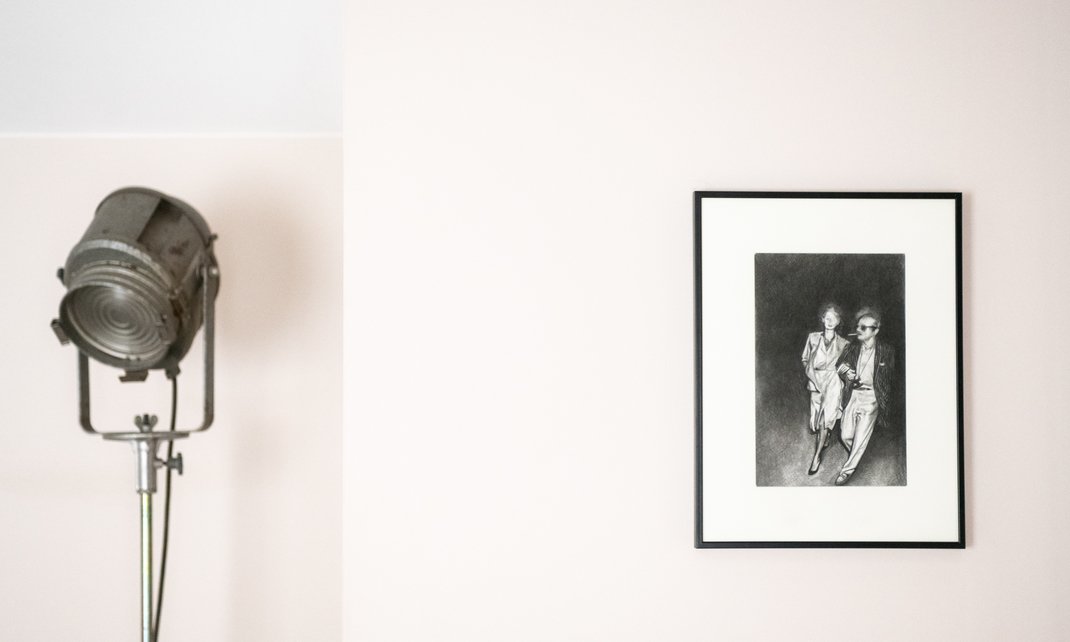 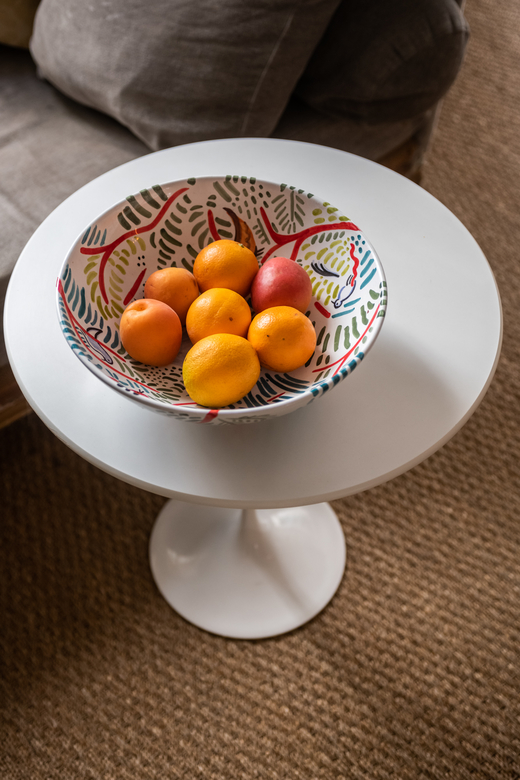 Is your establishment – more than a hotel – a meeting place, rather like Arles itself?

Which piece from The Socialite Family collection would you choose to decorate and enliven this interior you have designed?

The Gioia table lamp, in the almond green colour, deliciously retro. It looks as if it comes from an Italian palace, renovated by a wealthy Milanese industrialist…

Which addresses would you recommend automatically to customers wishing to visit your city and its surroundings?

Armand Arnal‘s La Chassagnette. A total gastronomic experience, like an opera, in Camargue. Scaramouche, the ice-cream parlour in Paul Doumer Square for its kumquat sorbet. The bar at Hotel Nord Pinus, an ode to glamour. And then there’s Moustique. A shop where you can always find a homemade rush lamp, a piece of Santibelli jewellery or a plate designed by Roxanne Lagache. 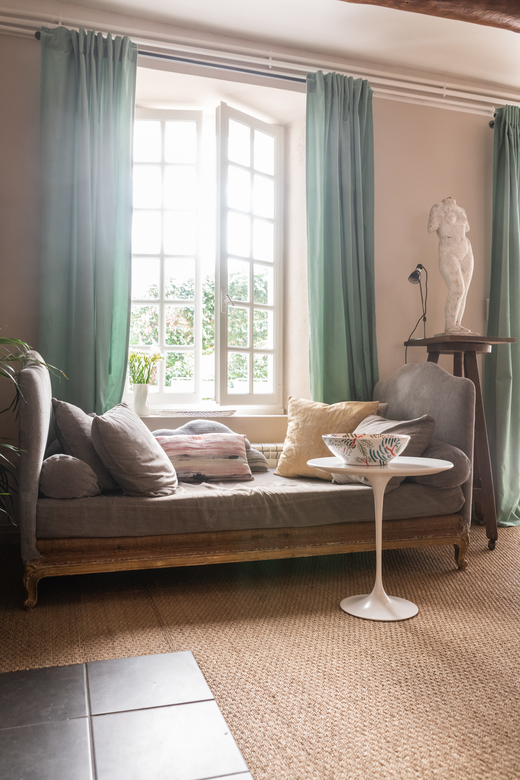 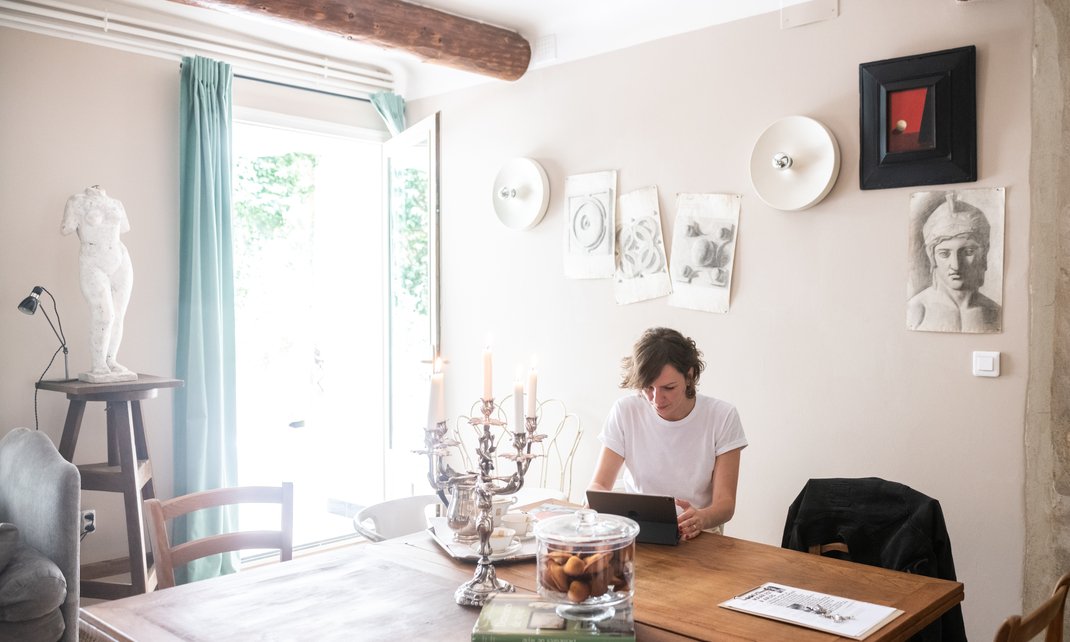 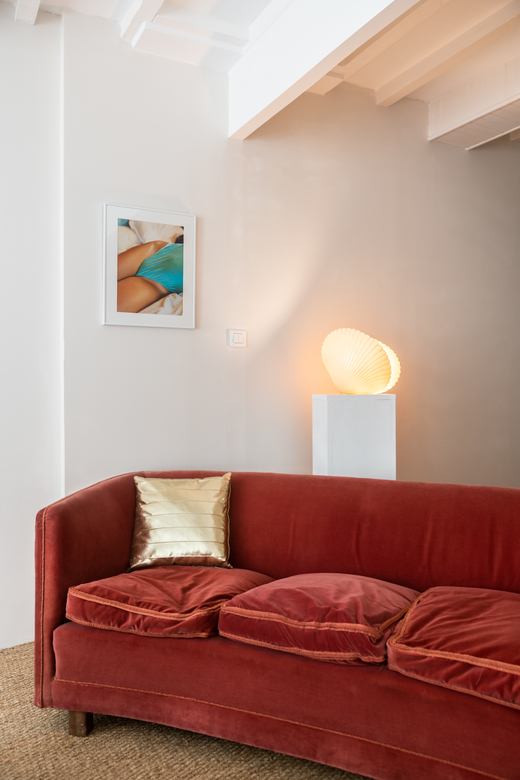 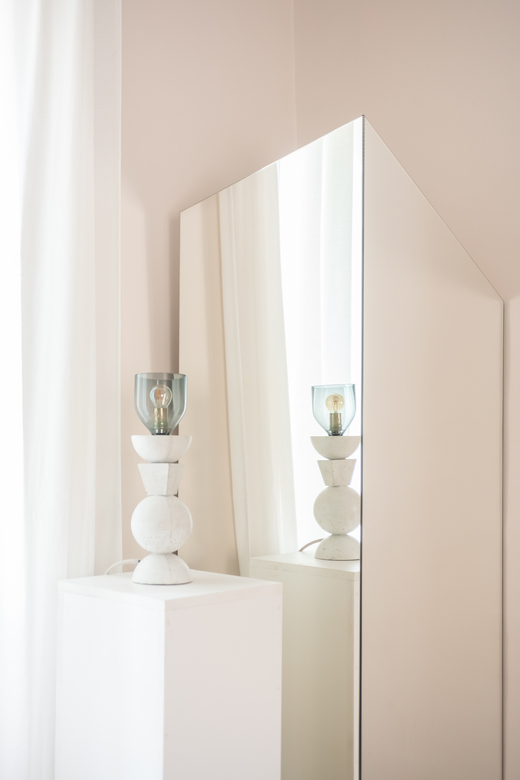 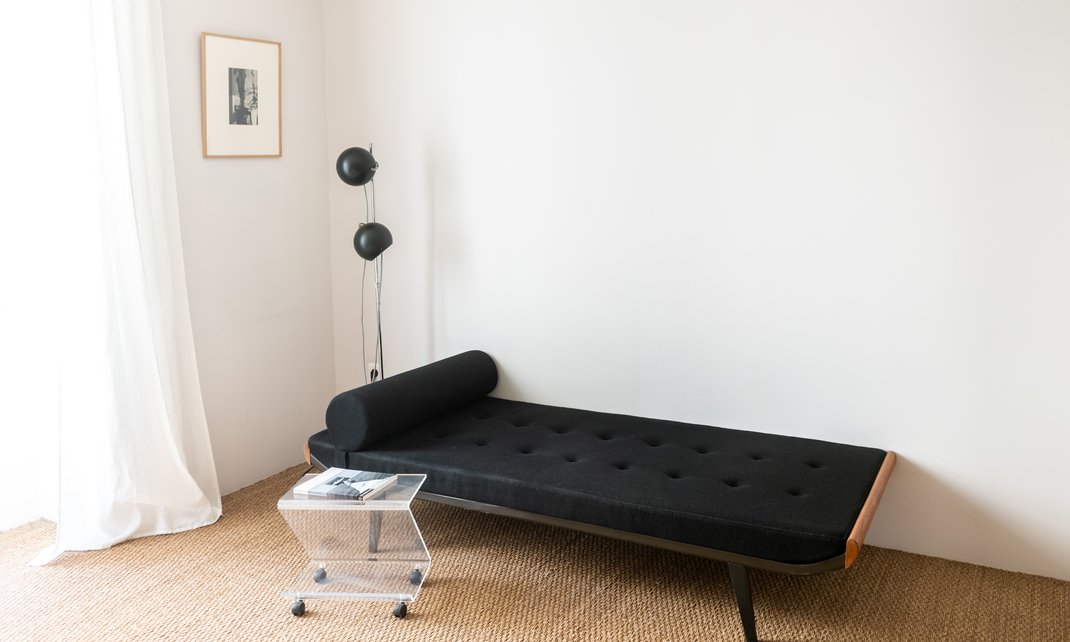 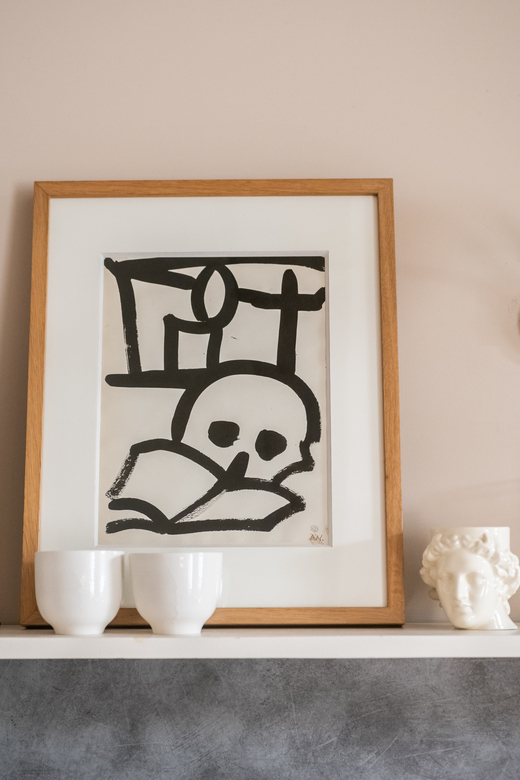 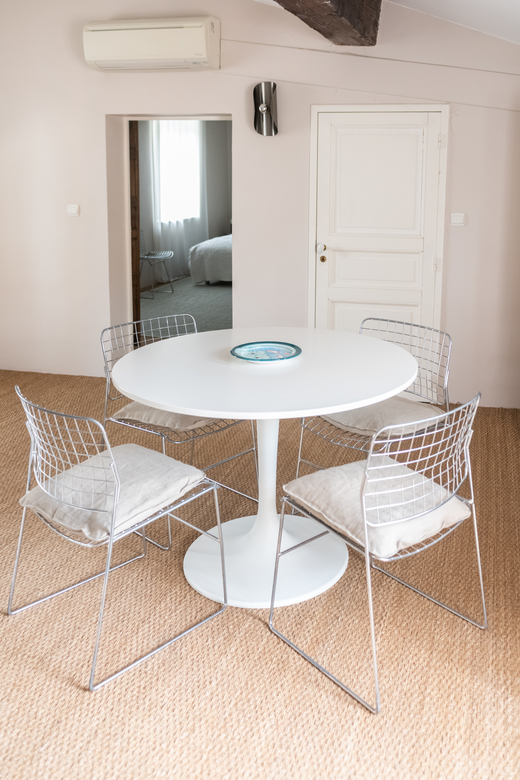 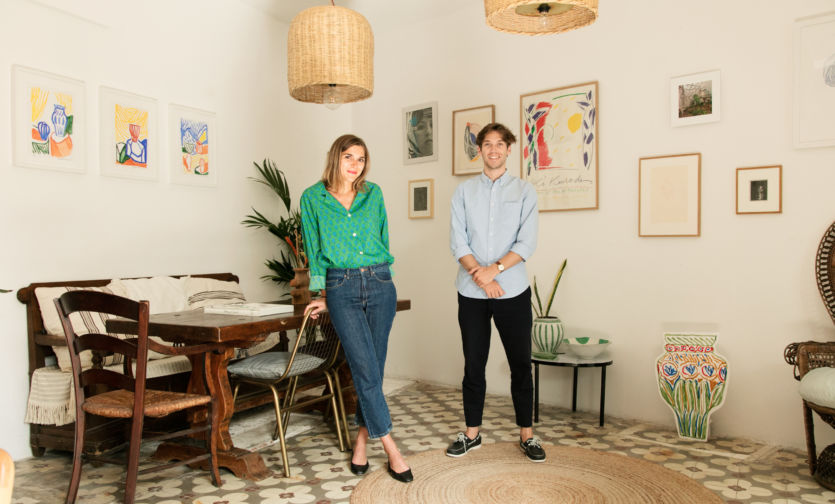 Our quest for inspiring personalities continues in Marseille where we will be spending an afternoon with Emmanuelle Oddo and Nicolas Veidig-Favarel. Respectively heading up Piece A Part and the Double V gallery, two of the most...

“We don’t invent a strategy; we just fall in love with something, and the magic works”. These words of Frédéric Biousse perfectly sum...

When she went looking for the bag of her dreams, Edwina de Charette la Contrie had no idea she would be opening a door that would...

Le Collatéral is creating a new kind of luxury, right in the heart of the vibrant capital of Camargue. Located in a historic building...