Bologna is celebrating Dino Gavina until 1 October! The home city of the co-founder of Flos is very active in preserving the memory of this extraordinary producer and is organising “Scatto Libero” during its Design Week. A comprehensive exhibition that retraces Dino Gavina’s very first steps, from the tapestry workshop that he acquired just after the Second World War that we managed to find the vestiges of, through to his final adventure: Paradisoterrestre. Created at the end of the seventies, having predicted the revolutionary movements of 1968 with Ultramobile (his half-furniture, half-adventure range), the Paradisoterrestre company succeeded in breaking the boundaries between art and design. The opportunity for Dino Gavina, an incurable philanthropist, to turn the spotlight on his famous friends. Man Ray, Marcel Duchamp, Giacomo Balla and Kazuhide Takahama: many were the artists who designed furniture as art for Paradisoterrestre by applying the principles of ready-made pieces. Dino Gavina remained in the background and orchestrated the mass production, as he had learned from his meeting with Marcel Breuer, and thus demonstrated the cultural and aesthetic potential of the industry. An outlet for creatives that made their wildest dreams come true and enabled Dino Gavina to mark the design world forever. A mission perpetuated today by Gherardo Tonelli. This former sportsman is passionate about the master’s way of working and, although nothing had predestined him to safeguard a slice of Italian history, he is rolling out the collaborations and synergies of Paradisoterrestre on an international scale. A future that looks bright for the brand that is opening a gallery in Paris for spring 2018, the fruit of a close collaboration with the young designer Pierre Gonalons.

Scatto Libero, from 20 September to 1 October at Palazzo Pepoli Campogrande, 40124 Bologne. With the contribution of Paradisoterrestre. 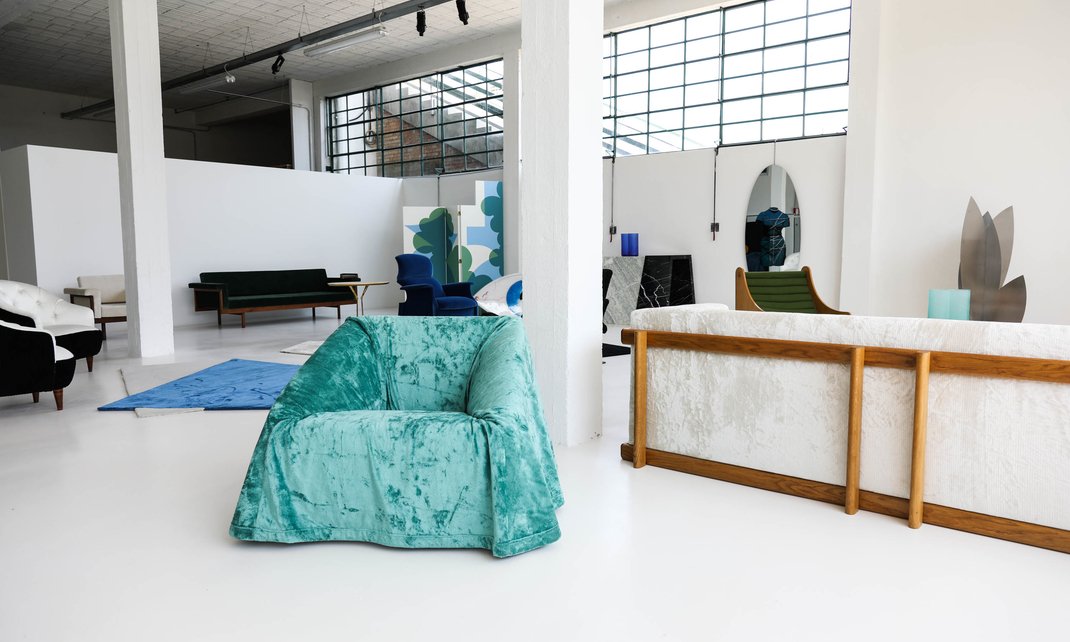 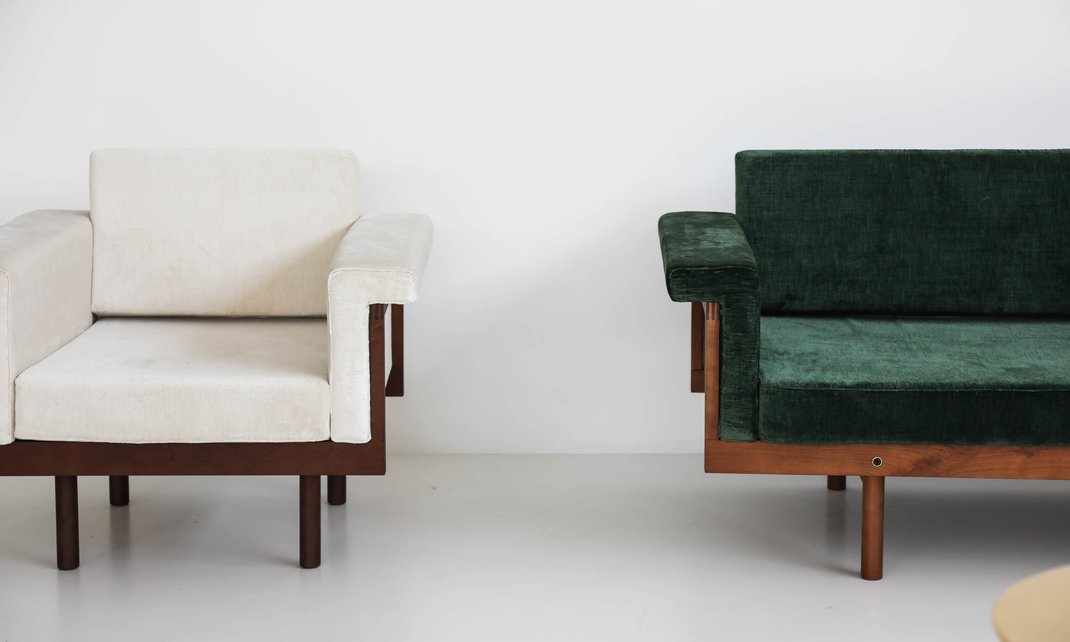 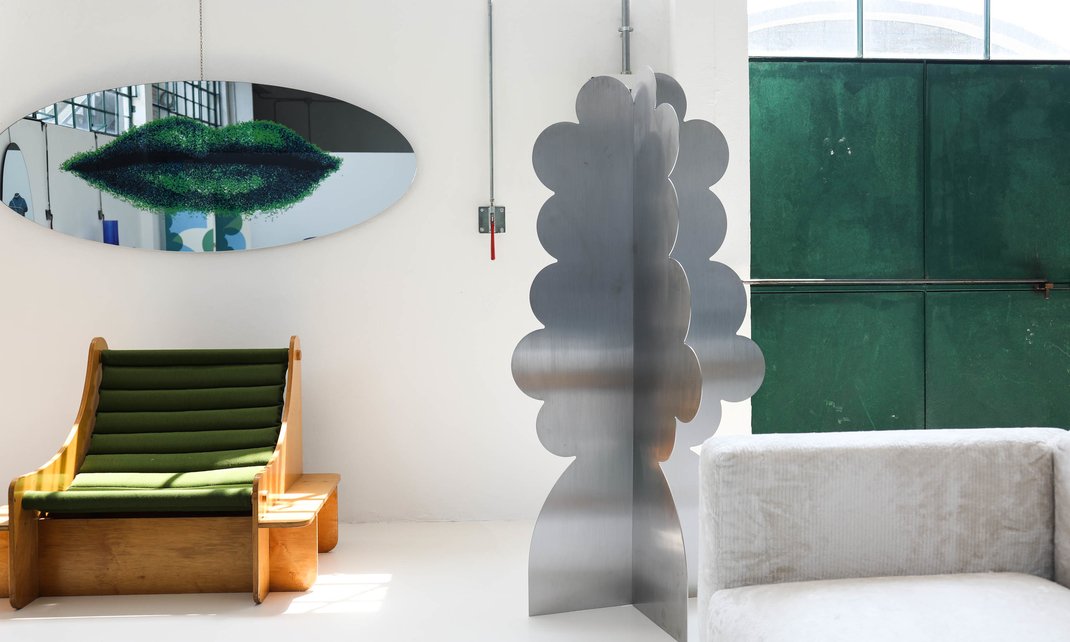 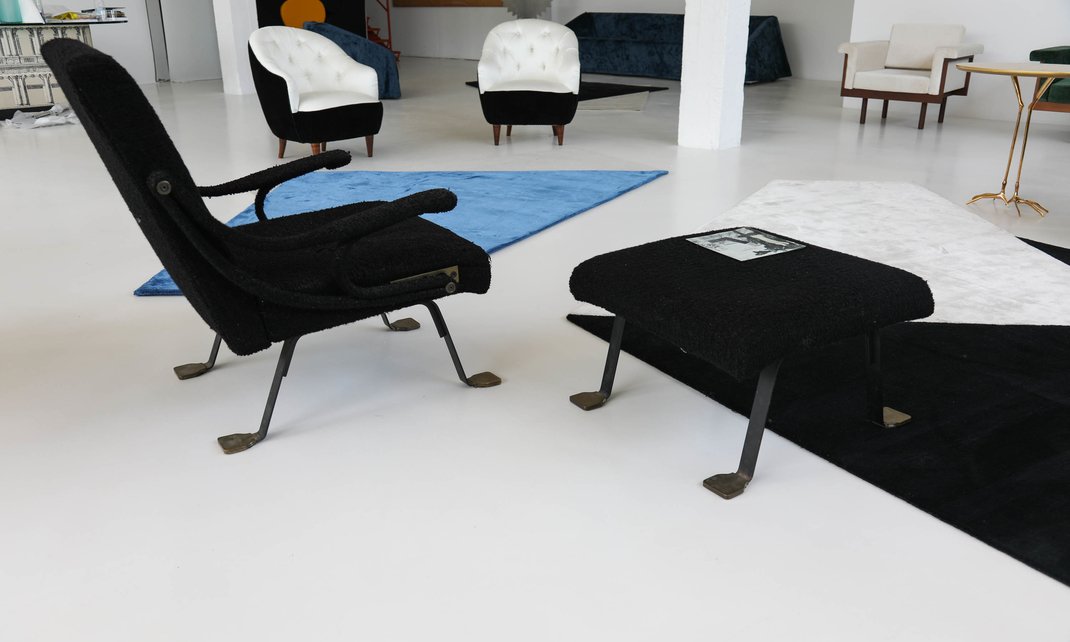 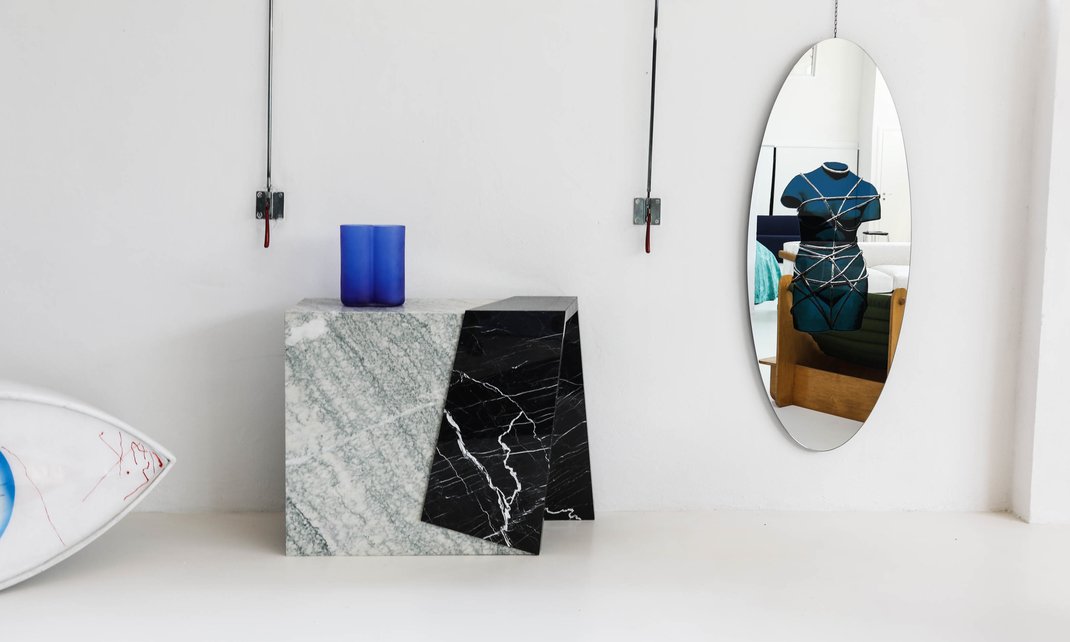 Gherardo, could you introduce yourself, please?

I’m a former sportsman! I was a semi-professional player of American football in Italy until I was 28, and then I worked briefly in that sector until the 90s. Gradually, I started to get closer to the world of design and furniture. I started by importing antique and colonial furniture from India, but as time went on I started to really get into contemporary design.

How did you come across the work of Dino Gavina? How did this character come into your life?

I’ve lived around the world of art, design and fashion since I was a child. My mother, Giorgia Rapezzi, is a stylist and entrepreneur who’s quite well known in the sector, and who was already a keen collector of artworks and design objects as a child. Some of them were given to her by Dino Gavina himself.

What is it that you like about the work of this exceptional man?

Dino Gavina always impressed me with his way of working. He was a man who has always tried to work outside fashions and instant success to communicate, and above all, to transmit a certain culture of furniture and of the piece. The Centre Duchamp is a perfect example. The building was founded in honour of Marcel Duchamp at the end of the sixties. Dino Gavina used to play host to artist friends like Lucio Fontana, Man Ray, Julio Le Parc and Allen Jones – to name but a few. Gavina loved bringing these different people together, from designers to entrepreneurs, through artistic and cultural projects. 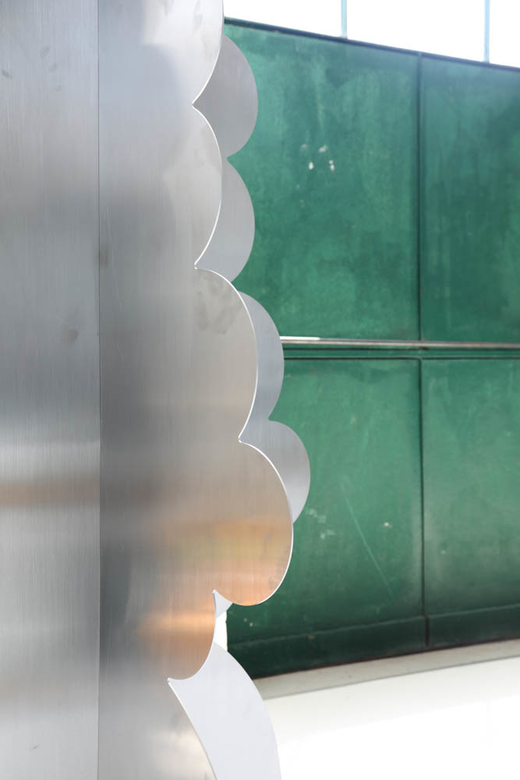 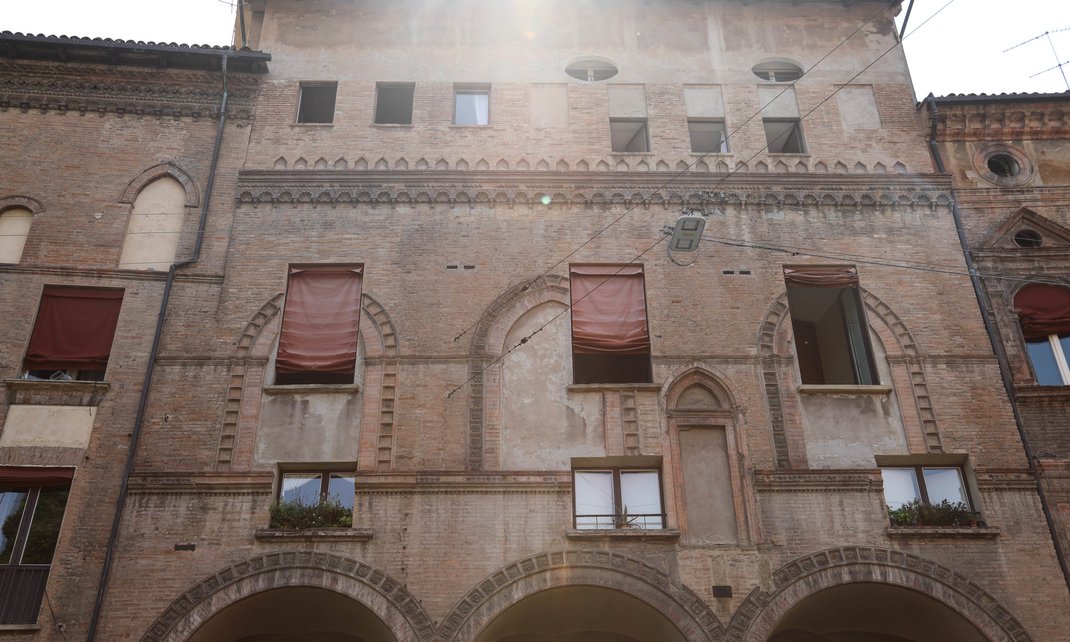 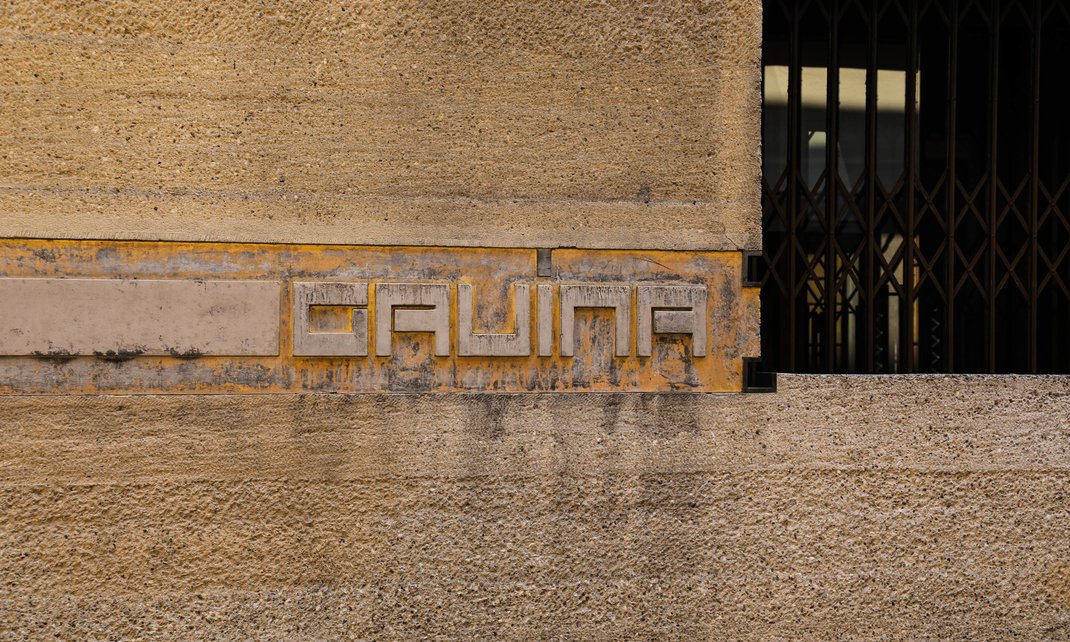 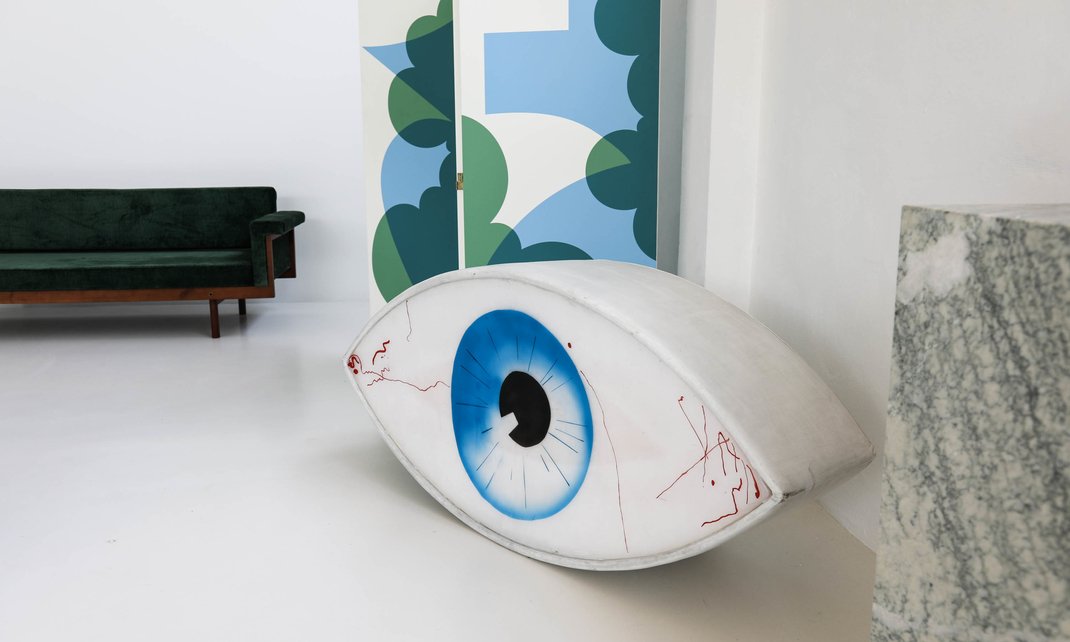 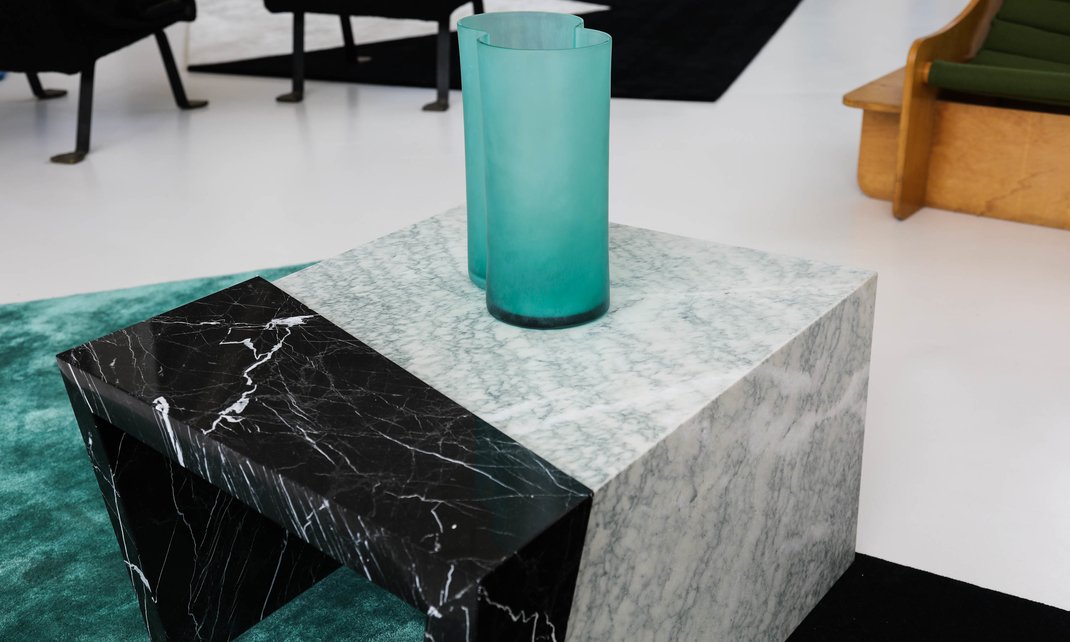 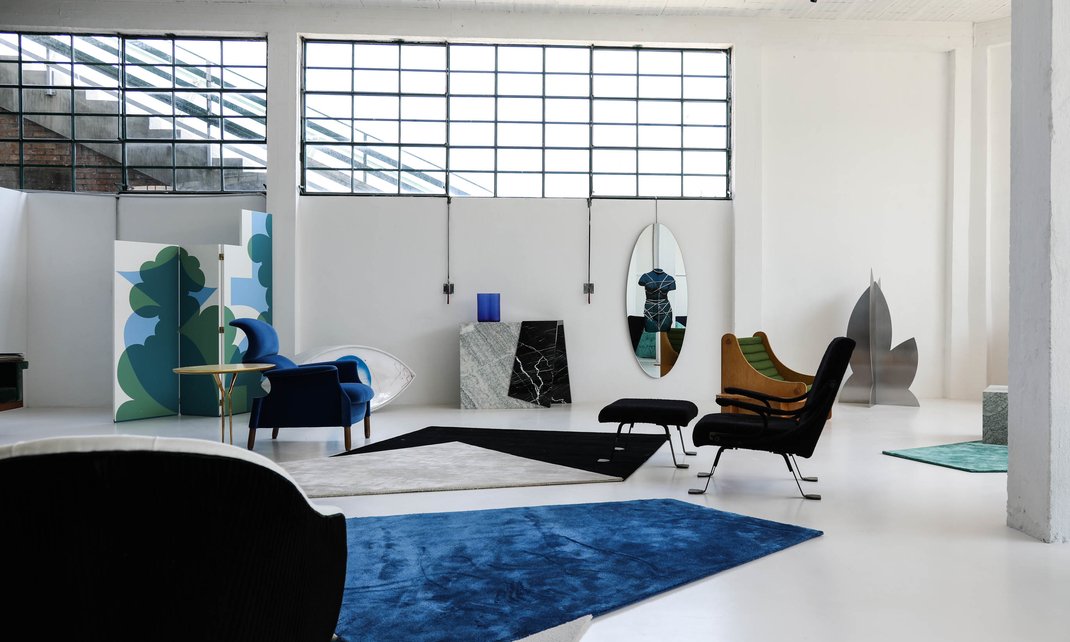 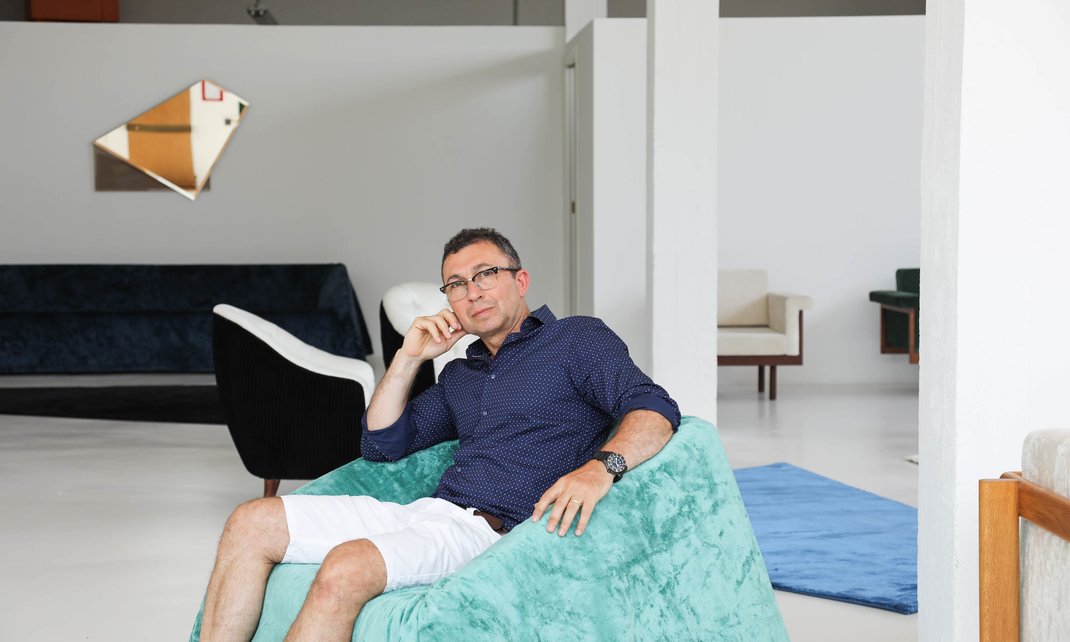 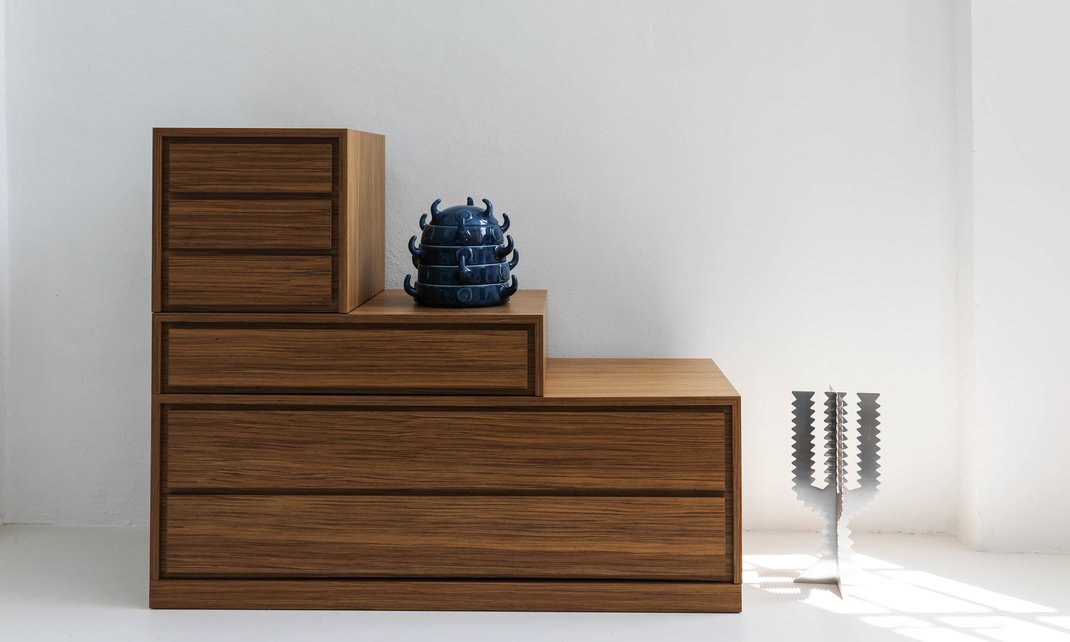 Where did you get the idea to take over Paradisoterrestre Editions? What is its significance for you?

The friendship I have for Dino Gavina’s daughters, Sandra and Silvia, gave me the opportunity to revive their father’s historic brand: Paradisoterrestre. It’s a unique opportunity but also a heavy heritage, because the genesis of Paradisoterrestre was thought up in the seventies. Its acquisition wasn’t just a desire to relaunch, it was also a way to recover important projects that are an integral part of Italian design.

Now you’re taking over the furniture production. How much is there? How do you plan to develop the brand?

Historic reproductions of pieces from the archives are the basis of the entire project, the latter includes: the Naeko divan and armchairs designed in the wooden version by Kazuhide Takahama in 1958. This design was the first to be included in the catalogue. We’ve reproduced the Mantilla divan from its original design dating from 1974. Another of the important designs to be relaunched was the Garbo lamp from 1973, designed by the Japanese artist Mariyo Yagi. And then there are two projects that were very precious to Gavian: the Labbra and Venere mirrors which are a wonderful homage to his dear friend Man Ray. He designed the Rue Ferou table lamp himself in 1972 with the Bologna entrepereneur Cacciari, who was responsible for the production of the first prototypes. The development of the brand is linked to a wish to always bring about more collaborations and synergies internationally, like the one we did with the Pierre Frey company, which was very enthusiastic about the Paradisoterrestre project and wanted to join us in developing the range of rugs and fabrics exclusively created by the young designer Pierre Gonalons.

The city is very active in conserving the memory and character of Dino Gavina. Also, there’s a big exhibition on at the moment which is dedicated to him and, naturally, we are official partners in the event. 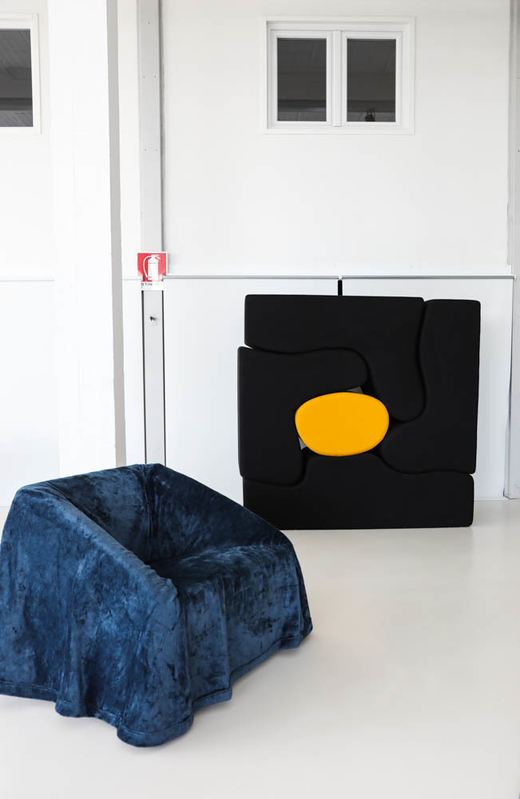 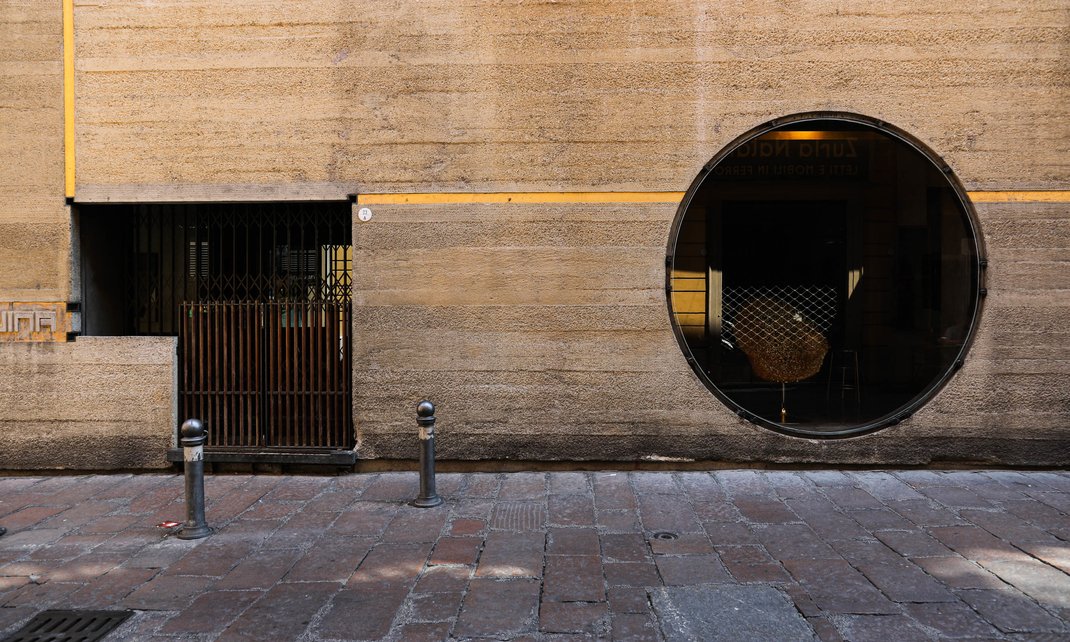 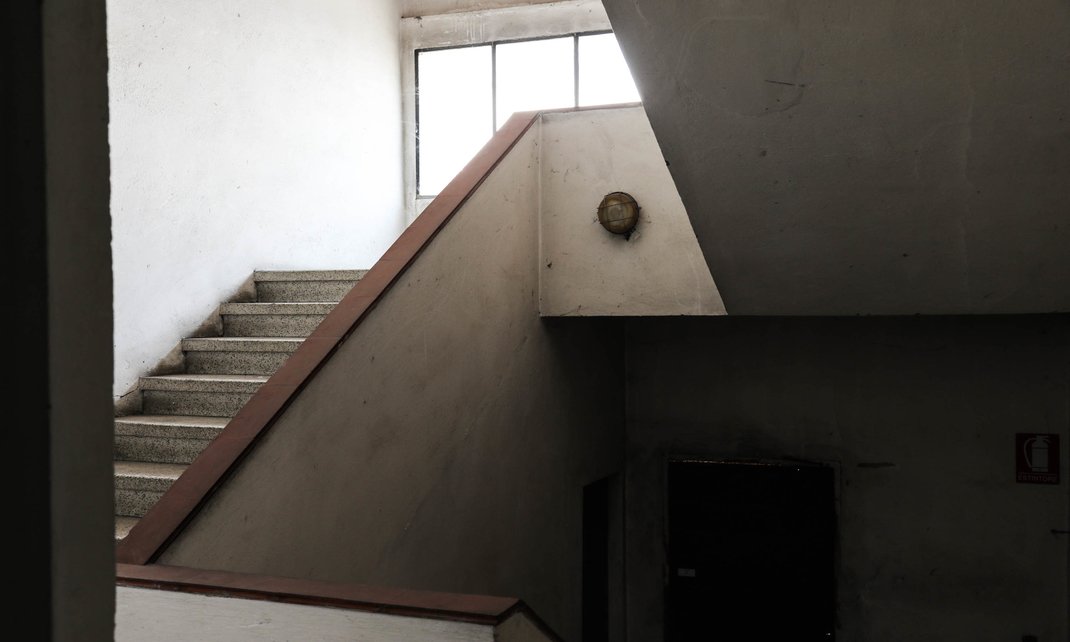 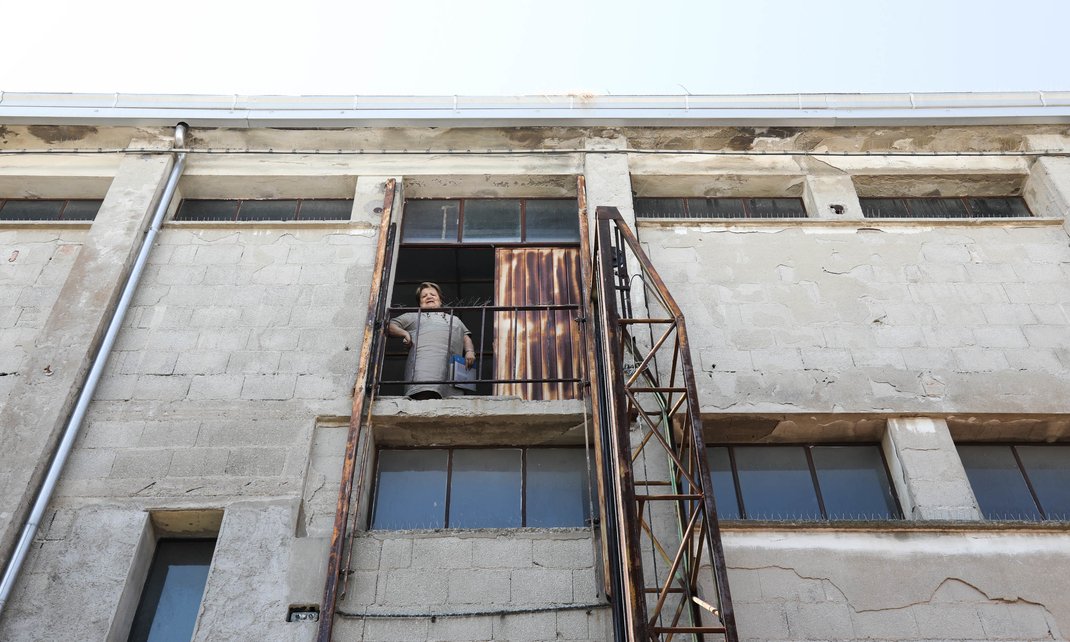 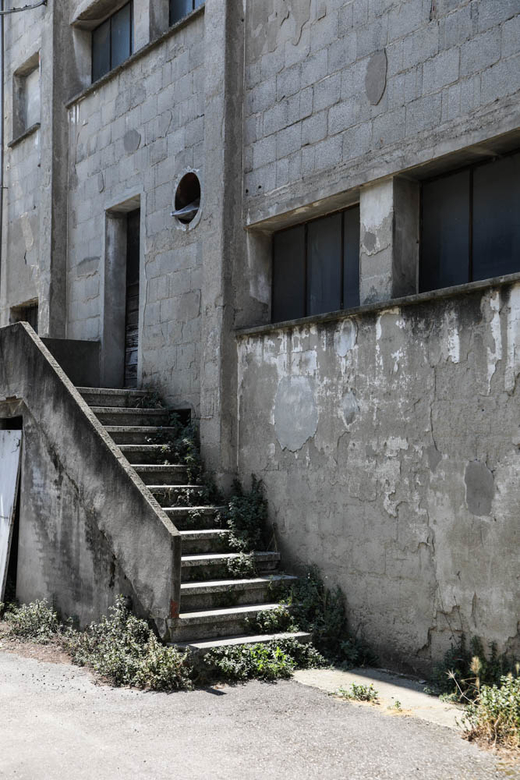 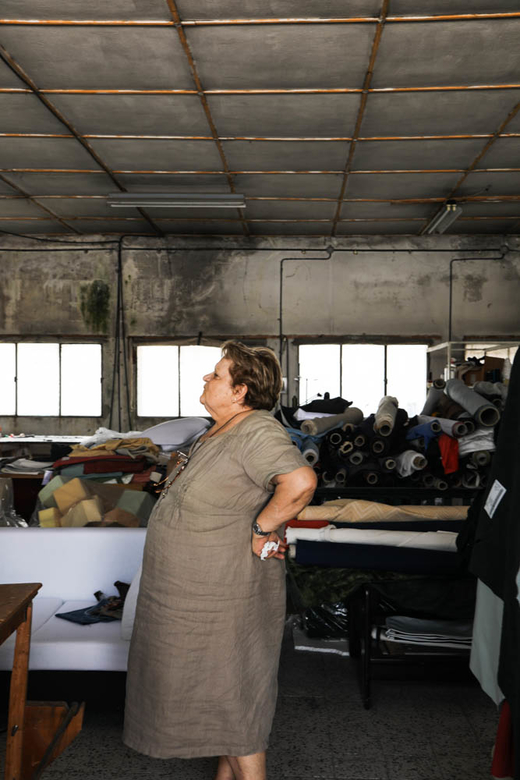 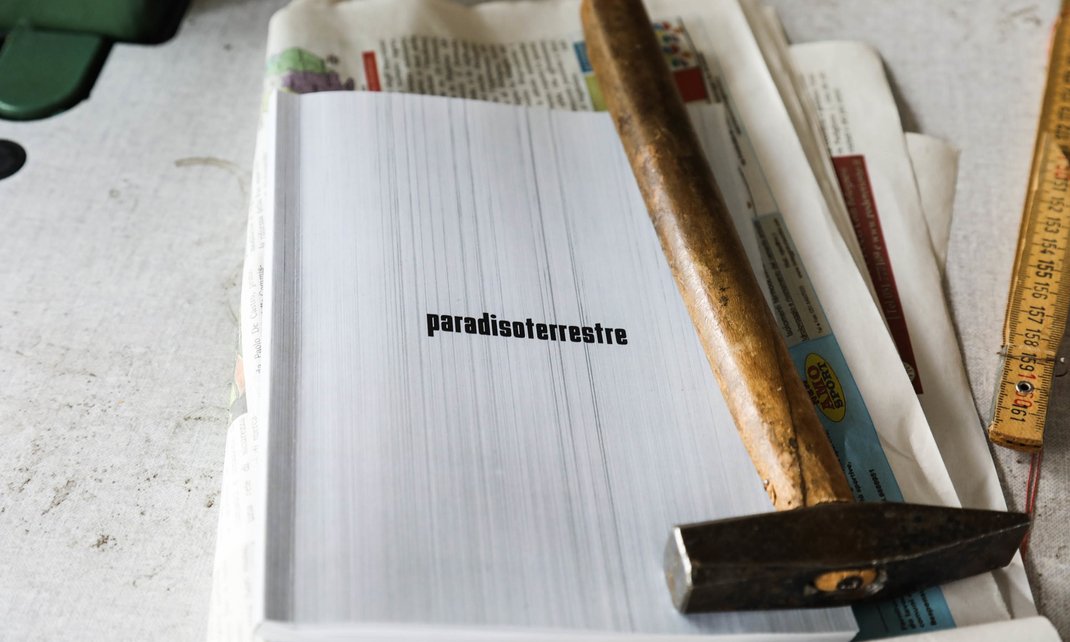 Where can you see the Paradisoterrestre collection in France?

We’re in the process of planning the opening of a gallery in Paris in spring 2018 with my designer friend Pierre Gonalons. We will use it to present our collection alongside original period pieces. It’s an important Bologna-Paris axis that will lay good foundations for the planning of future collaborations on an international level. But while you’re waiting, you can also buy pieces on the Paradisoterrestre official website.

What are your current projects?

Working with young designers has always been at the root of our future projects. We are also in the process of working with design schools throughout Europe.

Do you have a good restaurant to recommend to us, Gherardo?

Well, it may not be the most famous, but it’s undoubtedly the best place to enjoy the traditional cuisine of Bologna: la Trattoria La Croara. It’s up in the hills, 10 minutes from the centre of Bologna. 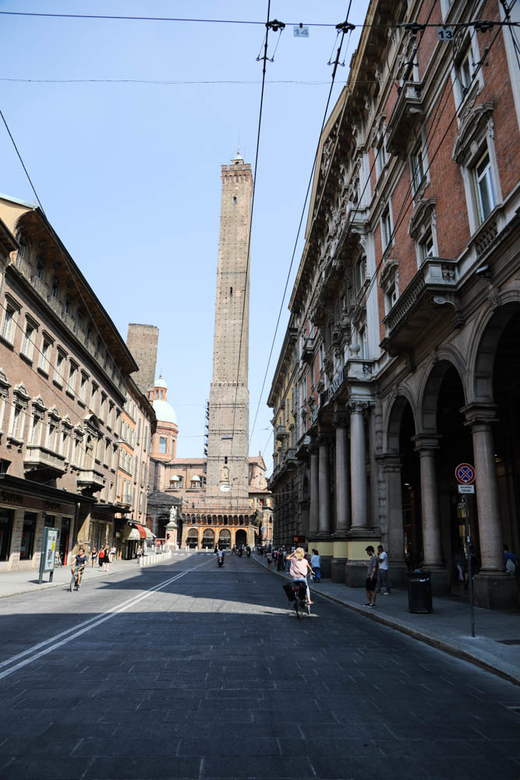 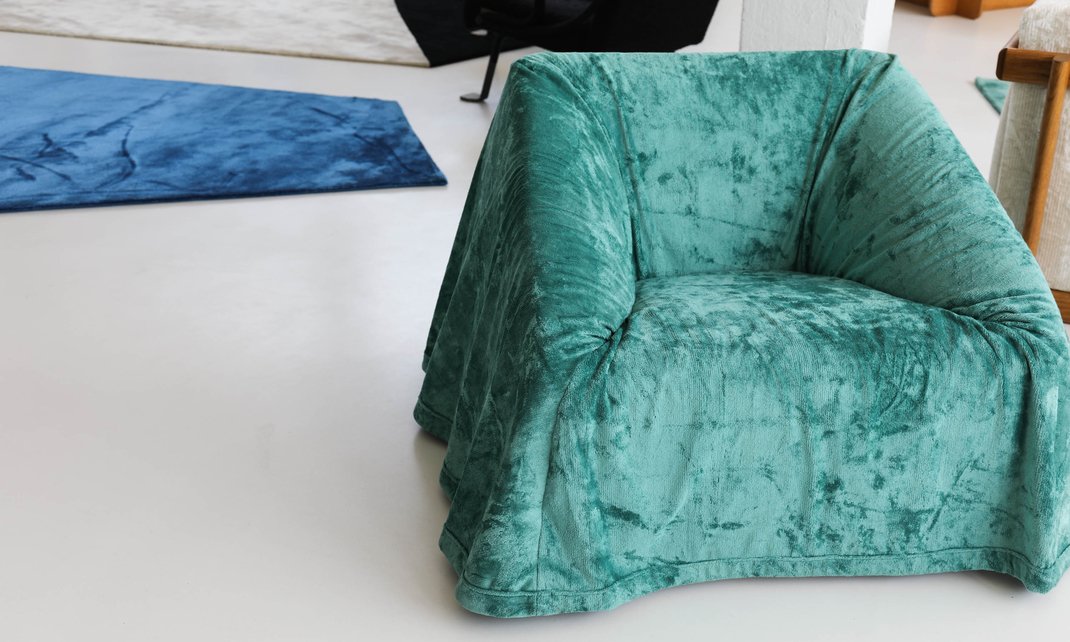 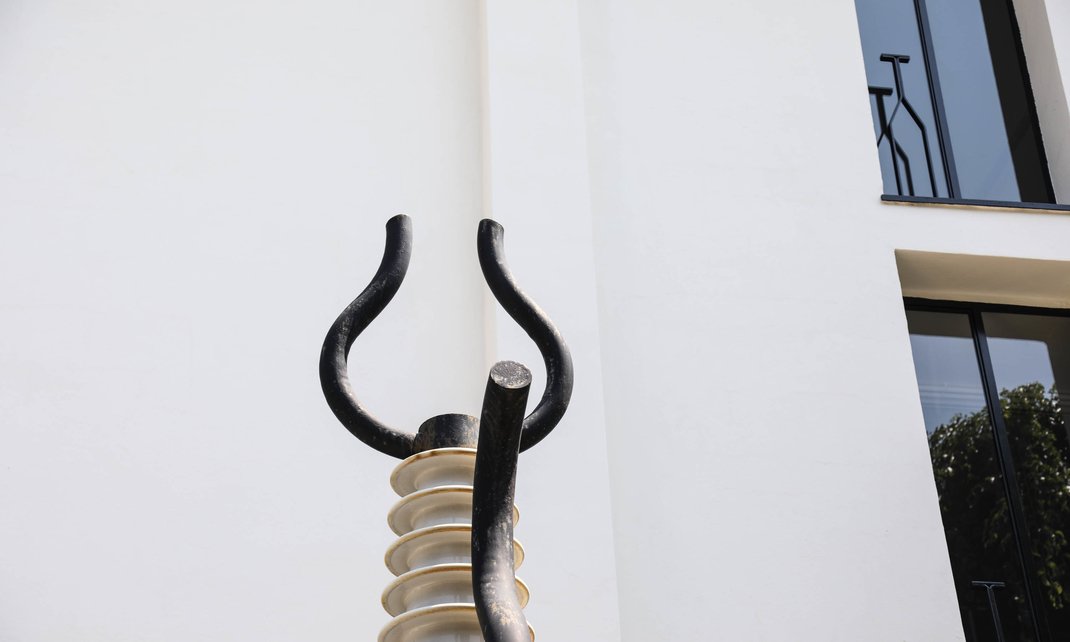 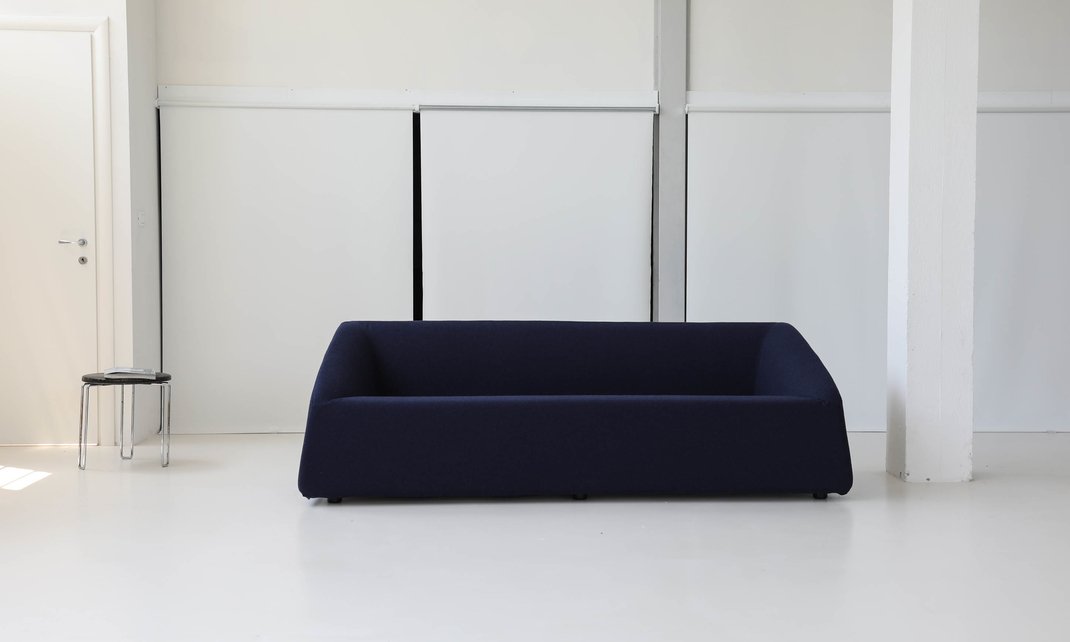 Man Ray, Marcel Duchamp, Giacomo Balla and Kazuhide Takahama: many were the artists who designed furniture as art for Paradisoterrestre by applying the principles of ready-made pieces. 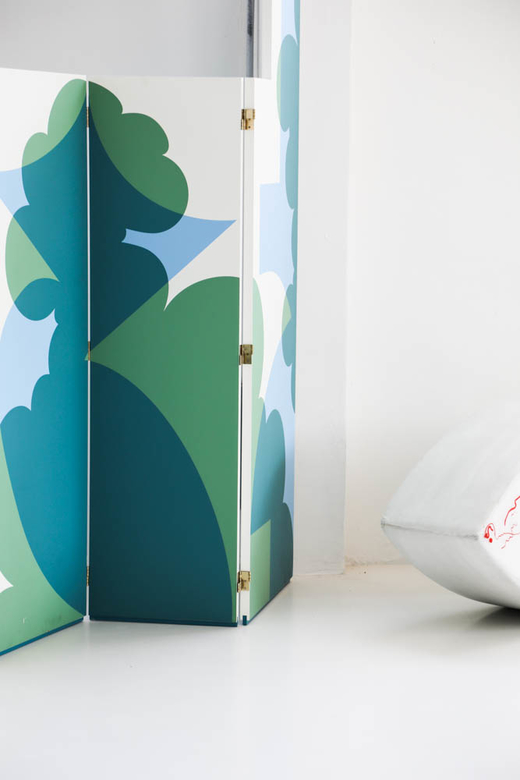 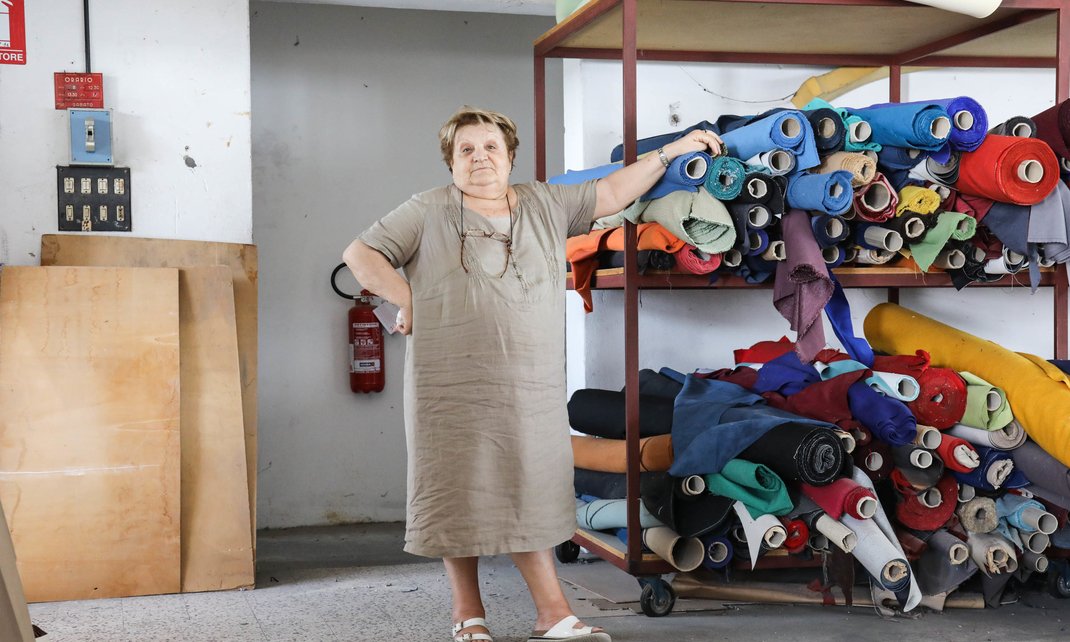 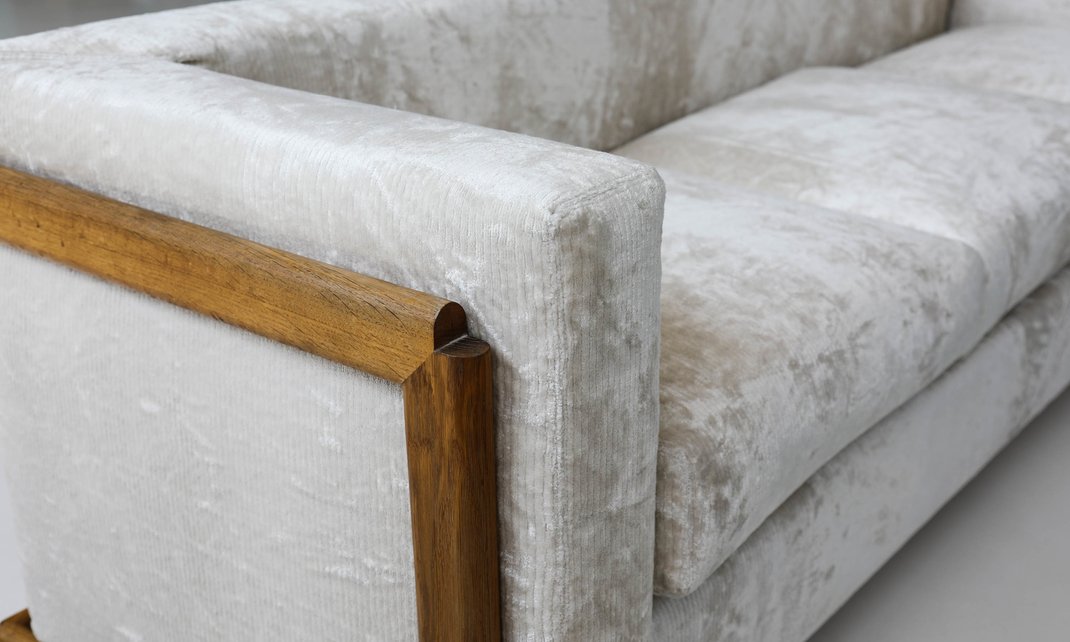 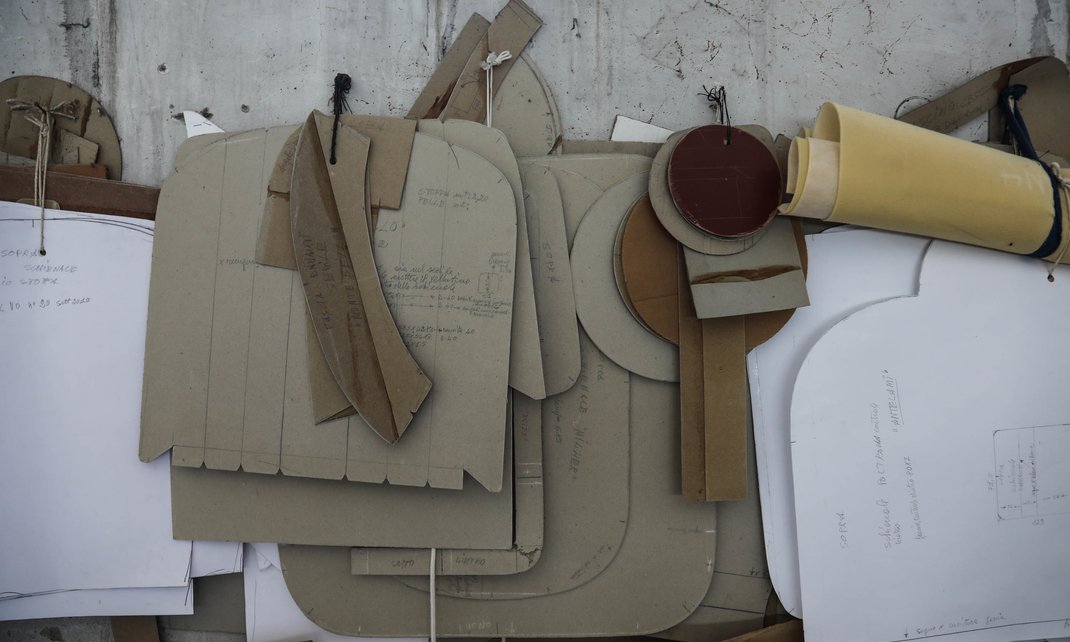 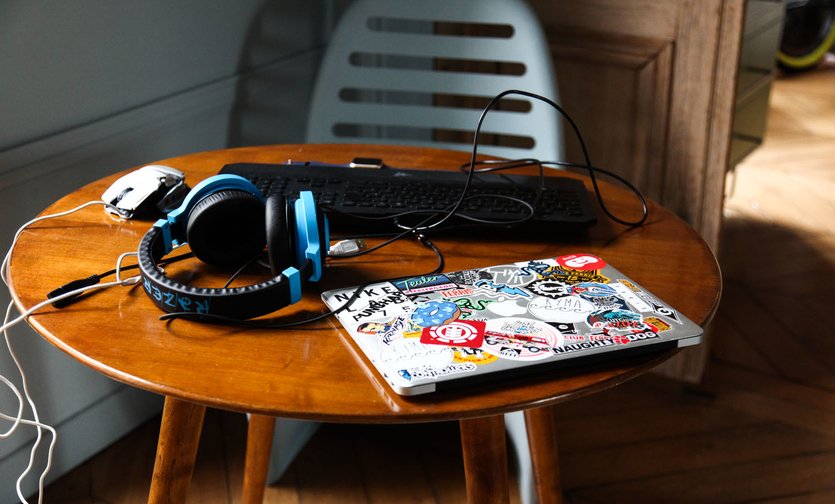 Paris will be celebrating the work of designer Gio Ponti with the Tutto Ponti exhibition at the Musée des Arts Décoratifs from 19 October to 10 February. The opportunity to...

Its pyramid shape is a statement in itself! An ode to difference, with a touch of retro but madly decorative, and which originated in an...

We are currently living in times we have never known before. And whilst most of us must remain at home, others are on the front...

In the past, cement tiles were confined to the entrances to buildings. But now, they’ve crossed the threshold and are embellishing our...