The Vertbois Collective, Neighbourhood
as Epicentre of Creativity

We’ve talked about nothing but Vertbois for the last two weeks. And with good reason. Having just opened our pop-up shop there, this neighbourhood – that covers Rue Notre-Dame-de-Nazareth, Rue Vaucanson, RueMontgolfier, Rue Volta and Rue du Vertbois – is the focus of all our attention. To understand what’s at stake, which is more complicated than opening yet another pop-up shop, you need to meet Sakina M’sa and Lionel Nicolas, the founders of the Vertbois collective. Two personalities who have united local stakeholders around a shared ambition – that is to say, inspiration, excellence, savoir-faire and also the concept of ‘Made in France’ – to make the Vertbois neighbourhood (between the République and Arts et Métiers Metro stations) a go-to place once again. To transform the virtually empty streets of this little bit of the third arrondissement into a genuine epicentre of Parisian inspiration and creativity seemed like a fantasy a few years ago. Now it is a reality. Businesses, young designers, brands with an already established reputation, investment funds: all are working under the impetus of the Vertbois collective to increase the number of projects and reveal the amazing potential of a place where people consume “differently”. You only have to take a look at the People Of Vertbois blog to realise just what’s going on. Here, embodiment is one of the solutions chosen to overcome the evolution of the paradigms of the retail trade. When the physical and the digital combine, a whole neighbourhood comes back to life. A carefully curated image, designed to show that Vertbois really is there. Taking action and living each and every day. A detour in pictures by Front de Mode, Sakina M’sa’s activist and committed boutique, a metaphor – like The Place to Get Inspired -for the very best that everyone envisages for Vertbois. 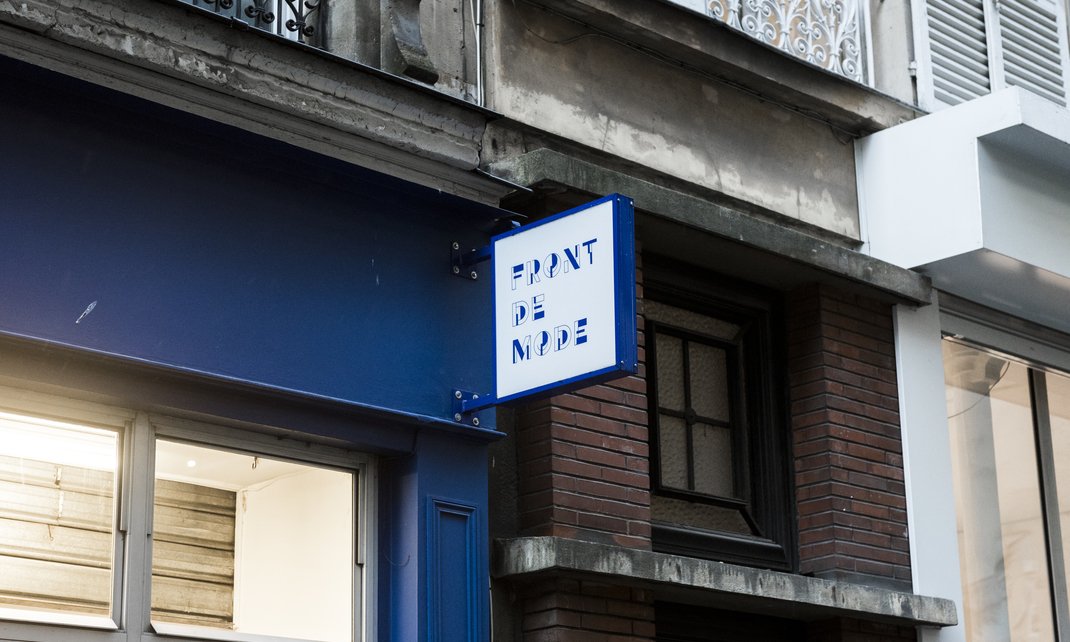 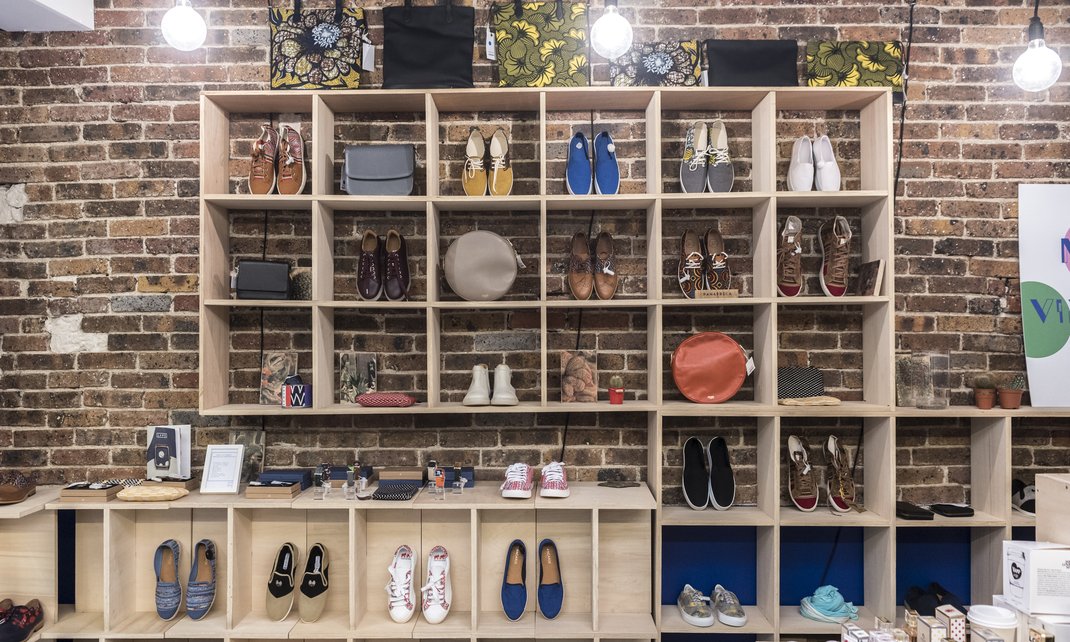 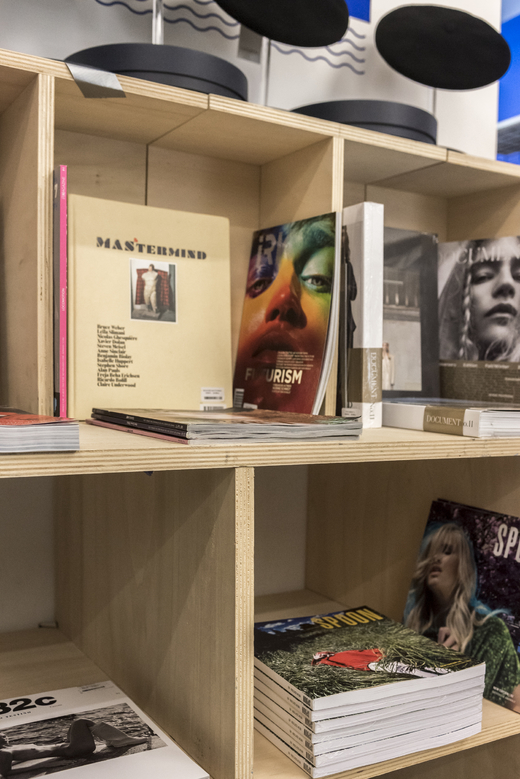 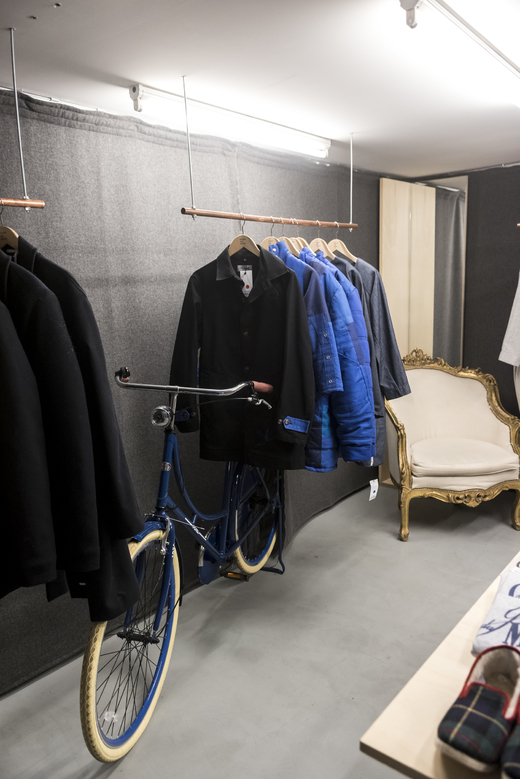 Sakina, Lionel, how would you describe yourself? Could you introduce yourself, please?

I am a fashion designer and activist for desirable development in fashion, and also head of the Vertbois neighborhood merchant’s association.

I’m the Managing Director of Rockspring in France. Rockspring is an investment fund specialising in property, that mainly operates in Europe. We invest in projects that we believe in and that offer genuine prospects for development, particularly in an urban environment.

Tell us about the Vertbois collective.

Essentially, the Vertbois collective is a group of local stakeholders, including Rockspring, who want to bring their neighbourhood back to life after years of chaos that have seen the shutters come down on businesses one after the other. The collective’s approach, as its name indicates, is to unite around a shared ambition, that is to say, inspiration, excellence, savoir-faire and also the concept of ‘Made in France’, to make the Vertbois neighbourhood a go-to place once again.

What’s your role in all this?

My role, and more precisely that of Rockspring, is to provide the institutional backing and financial stability required for this kind of project. It is also to be the driver for the initiatives being taken to energise the neighbourhood and encourage new designers and brands to join us. That’s the whole idea behind this amazing pop-up apartment, created in collaboration with The Socialite Family, that brings together everything that is best these days in terms of inspiration.

What I like about this project is being the person who builds bridges between the artists in the neighborhood and the talents that could find a home here. I love beautiful things and beautiful craftsmanship skills that are linked to life skills. It’s extraordinary to be able to participate in this innovative project by identifying who’s doing great work in fashion with a sincere love for movement and style. But I also enjoy promoting our local merchants. I’m excited to be part of a collective that identifies talent in order to create a route for customers that’s human and stylish. Customers can go walking with their families, or as a couple or with friends, and open doors that lead to new designs being sold or sometimes to workshops. They can even meet people who work in the shadows to give brands their radiance. 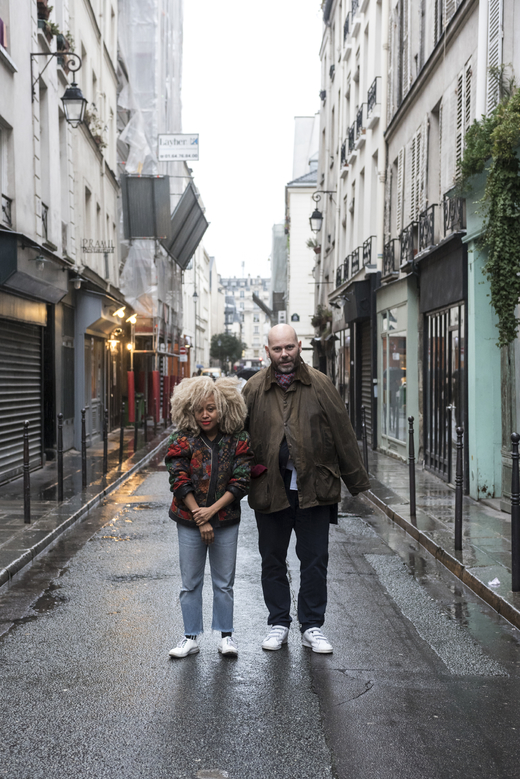 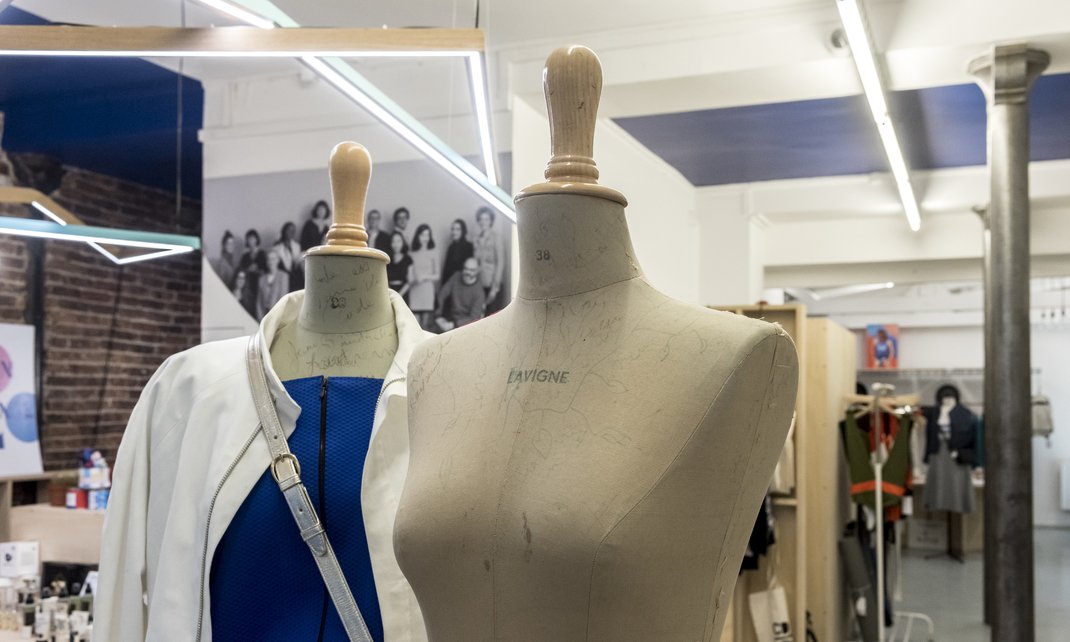 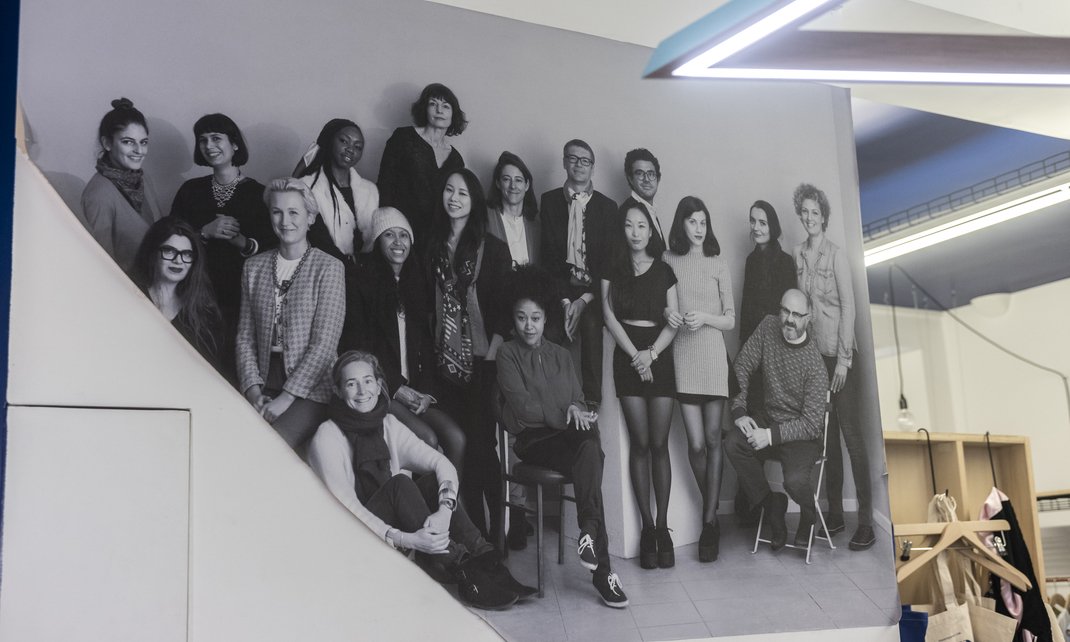 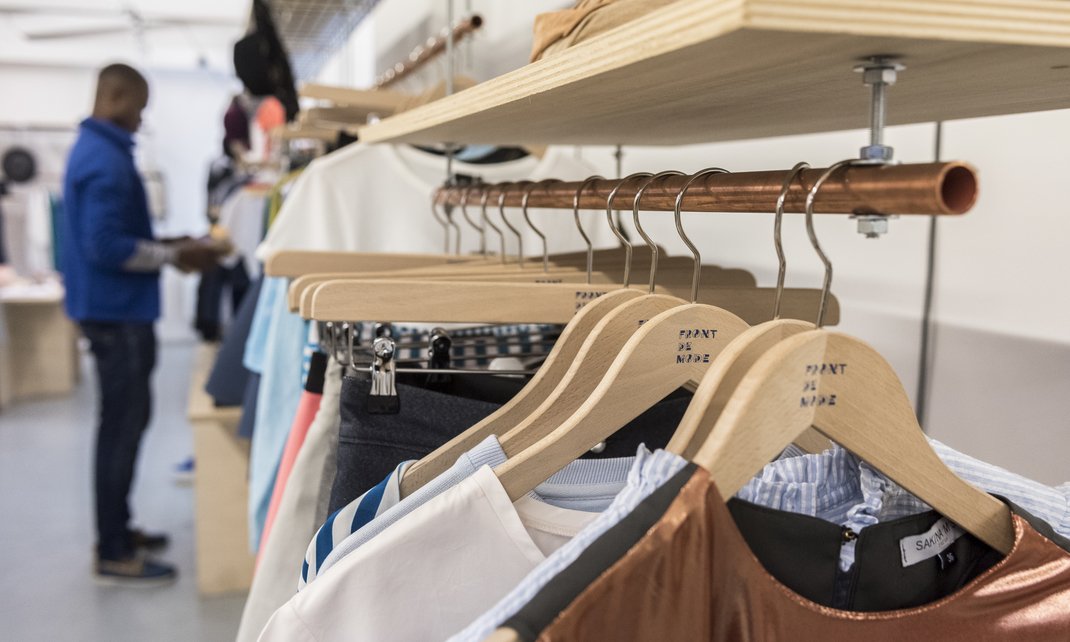 Who are the people behind it?

The Vertbois collective is made up of local stakeholders, businesses, Rockspring and more broadly all the brands and designers who want to join us.

How does the Vertbois collective want to bring the neighbourhood back to life?

It’s all about bringing coherence back to this neighbourhood that has suffered the effects of several failed projects in the past. To unite around a shared objective and then to develop a diverse range of activities, not just to create yet another shopping street, but to make it a genuine space that is alive and inspiring. A place where people will come to see an exhibition in a modern gallery, check out the latest collection from a famous designer or just to hang out with friends over lunch.

First and foremost, we talk about what’s going on in the neighborhood on social media (@vertbois) to show that Vertbois is lively and thriving. Then we highlight the residents and merchants that make up the neighborhood, along with their products, expertise and projects, on our blog peopleofvertbois.com. We also focus on the short-term projects that happen here, to show that a lot is going on and that our neighborhood is attracting the best brands. For example, you might have seen Denim by Première Vision, which was a huge success, and there are plenty of other projects coming that are sequences, teasers for what the public will see next in this delightful little haven of peace. These kinds of events further our goal to show both the public and the brands that this neighborhood is alive and is filled with a unique atmosphere.

What do you think of the Vertbois x The Socialite Family living space?

It’s a tempting place. You want everything you see. Buy a T-shirt that shows your mood today, or some perfume to reaffirm your DNA, or take a break in your room to meditate and watch the people going by. It’s like a beautiful half-written poem that inspires us to try for a new customer experience.

The place is a perfect metaphor for what we have in mind for this neighbourhood. A welcoming place where you can find a bit of everything, but where each thing is unique and hard to find elsewhere or in a similar place. It really is a breath of fresh air at a time when the products and services on offer elsewhere tend to be standardised. 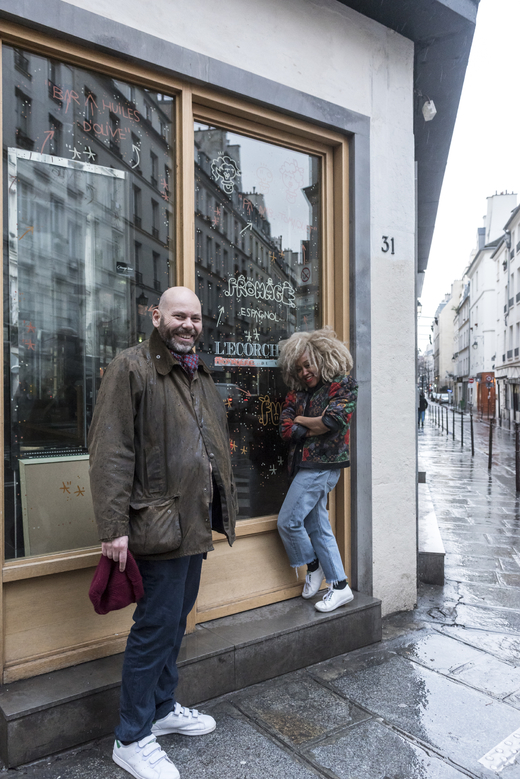 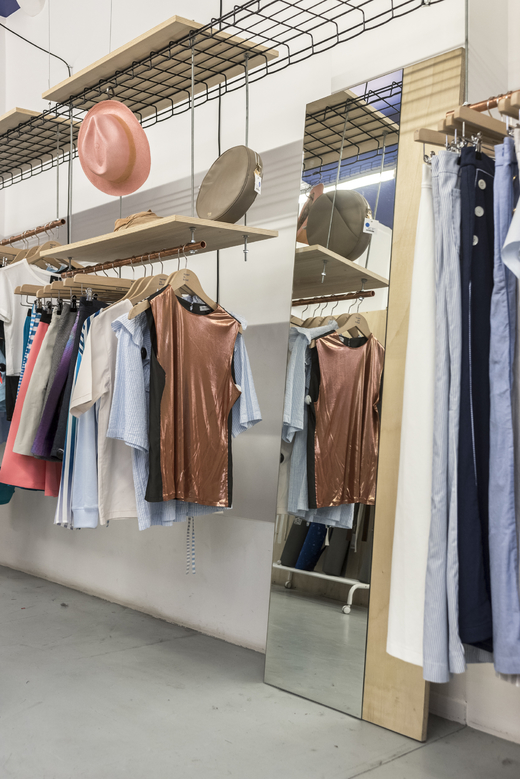 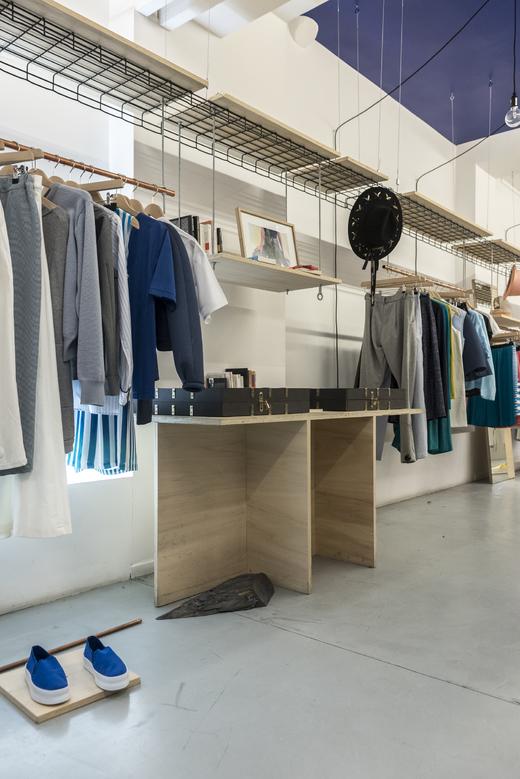 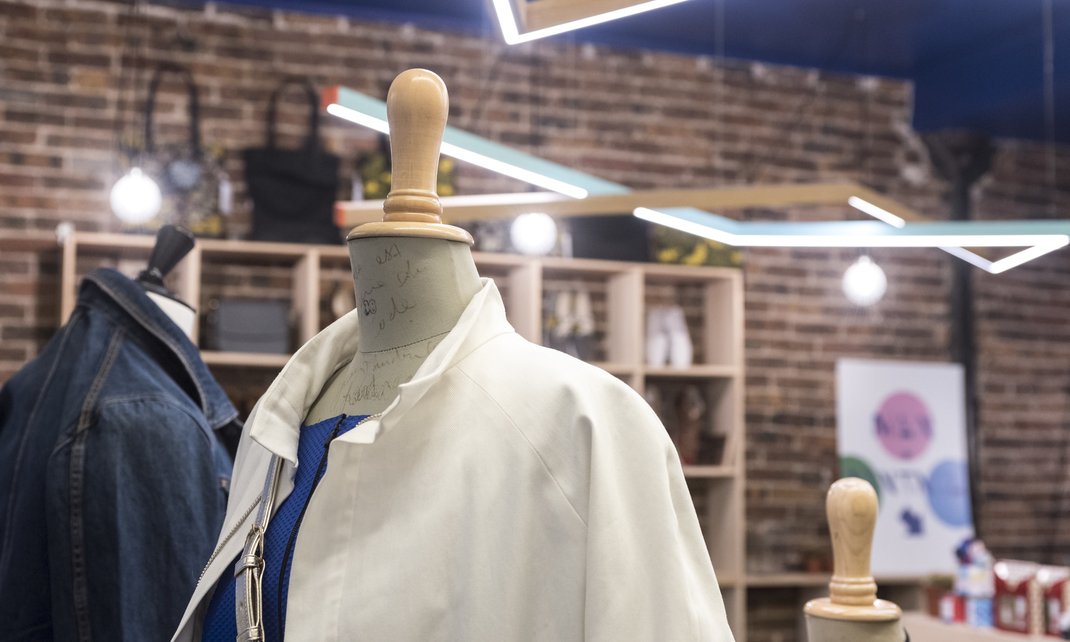 Our goal: to unite around a shared objective to develop a diverse range of activities, not just to create yet another shopping street but to make it a genuine space that is alive. 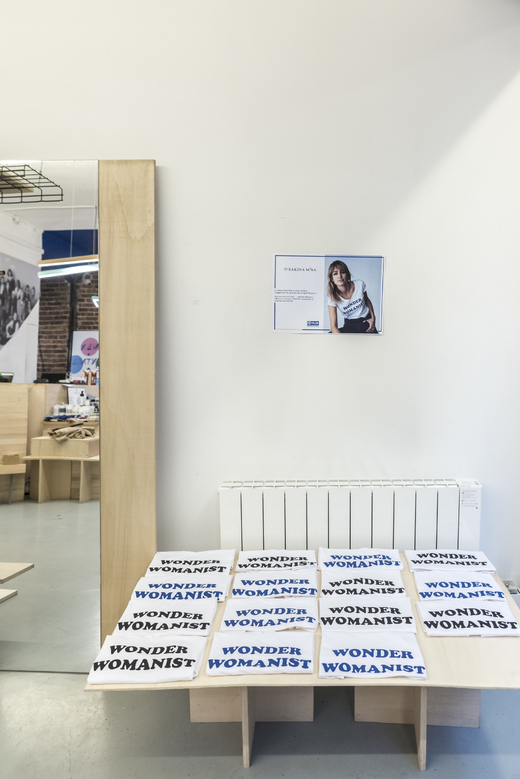 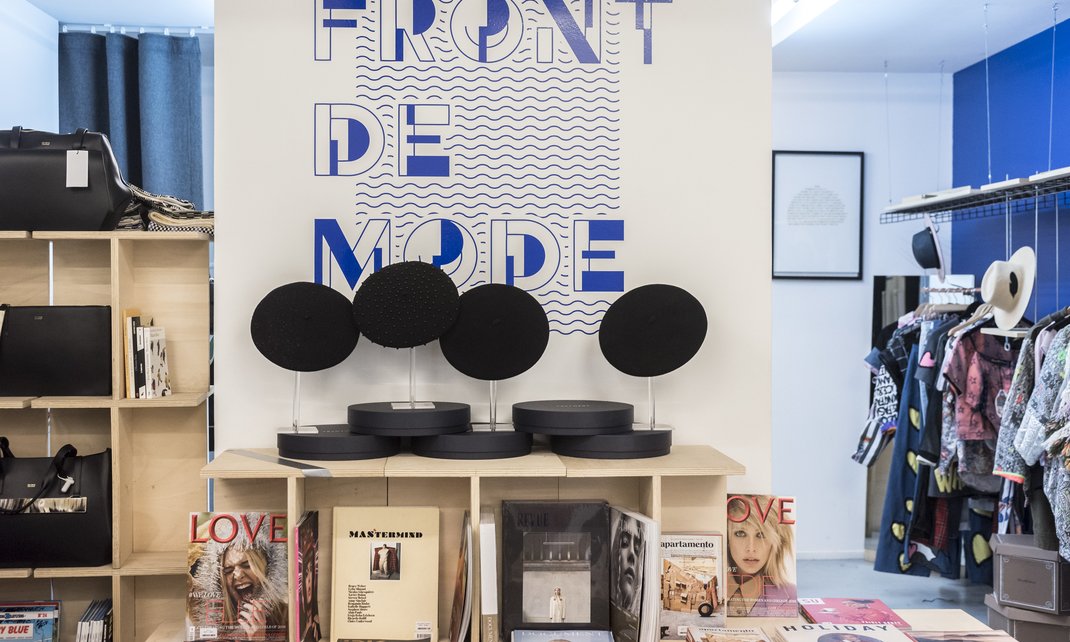 What are the next steps for the Vertbois collective? Your future projects for the neighbourhood?

We’re going to carry on with this launch by hosting all sorts of events in Vertbois. It could be things like pop-up shops, shows during fashion week and other initiatives similar to Vertbois x The Socialite Family. And the idea, above all, is to ensure its continued existence around the concept of inspiration, the presence of iconic brands and businesses.

There are millions of possibilities to bring to life. First, it’s important to bring quality, talent, innovation and happy clients together. With the development of digital options (which currently represent 9% of the market) and the emergence of artificial intelligence, the transaction side of sales has become both more complex and more professional. So it’s not only the position of the physical boutique that’s evolving, but also the role of sales staff and the relationship between clients and salespeople in general. Our project is forging and questioning the new distribution paradigms. I dream of this neighborhood becoming the kind of place where people love to hang out and get ideas, where shopping becomes the new way to spend time in the city right in our neighborhood. I’m convinced that this area is quickly becoming the happiest place to be!

What about your favourite places in this neighbourhood?

Selfishly I’d say Front De Mode. But I also love Café Cosmo for a glass of bubbly in the summer, and Two Eat Work for coffee or co-working. I also like having dinner at Istr and buying my man a Flageolet bow tie. Something a little crazy that I daydream about is getting a tattoo. We have one of the best tattoo artists in Paris here, with a very artistic, hands-on approach.

Istr, because I’m a fan of oysters and cocktails. Your dream destination then! And the Volume bookshop which is a goldmine for anyone interested in architecture. 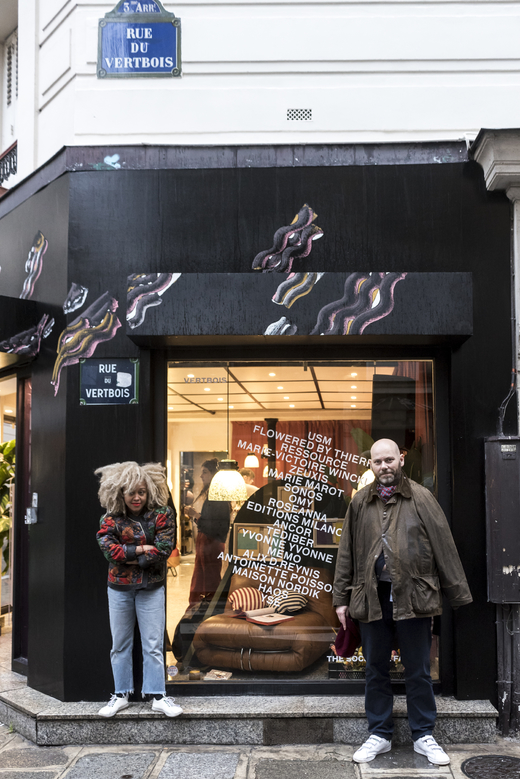 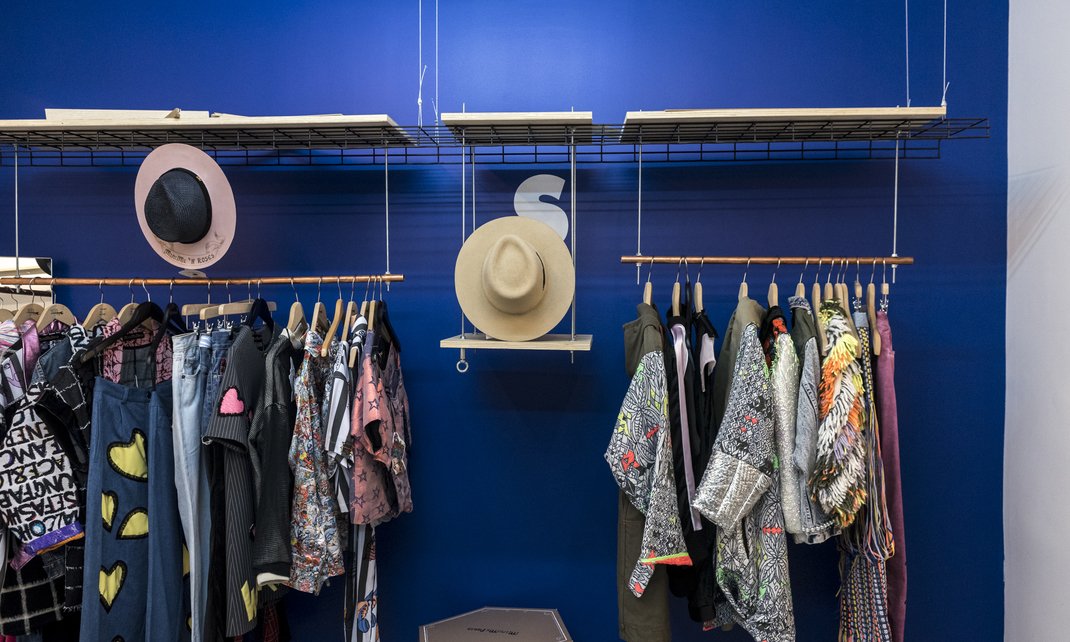 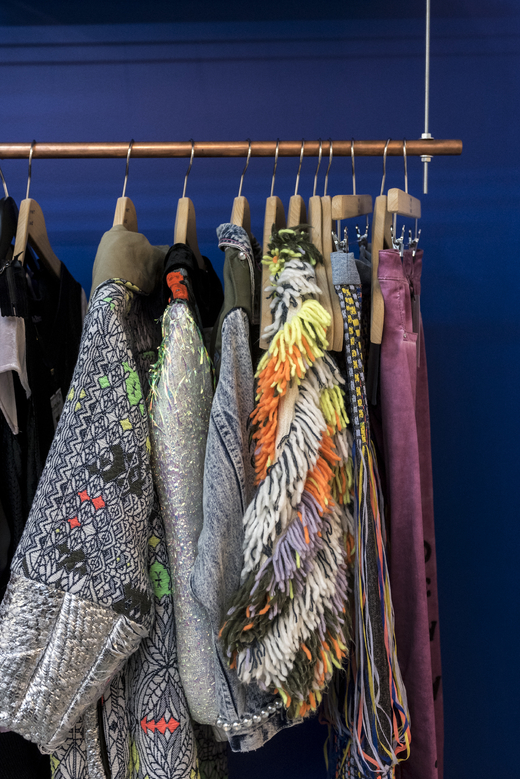 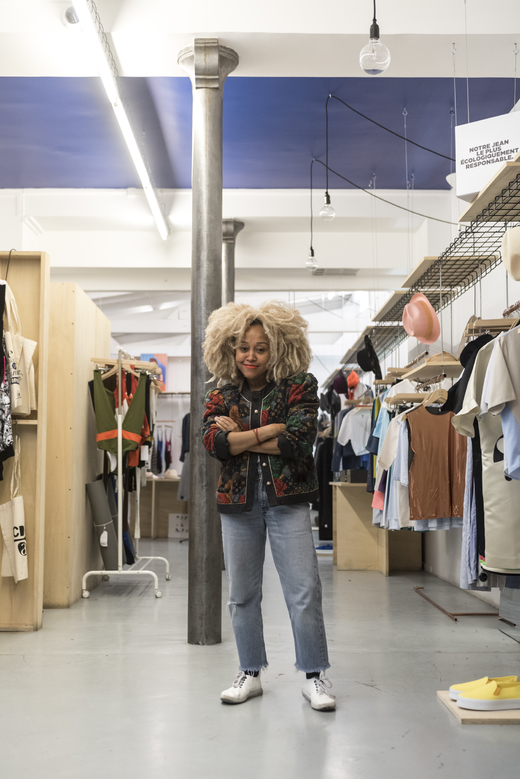 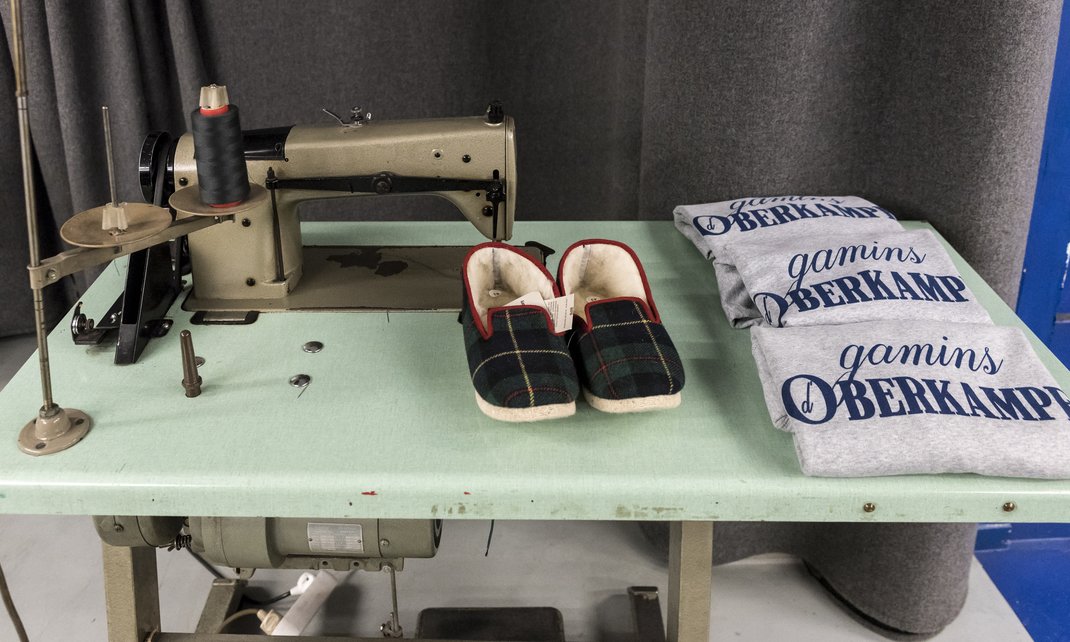 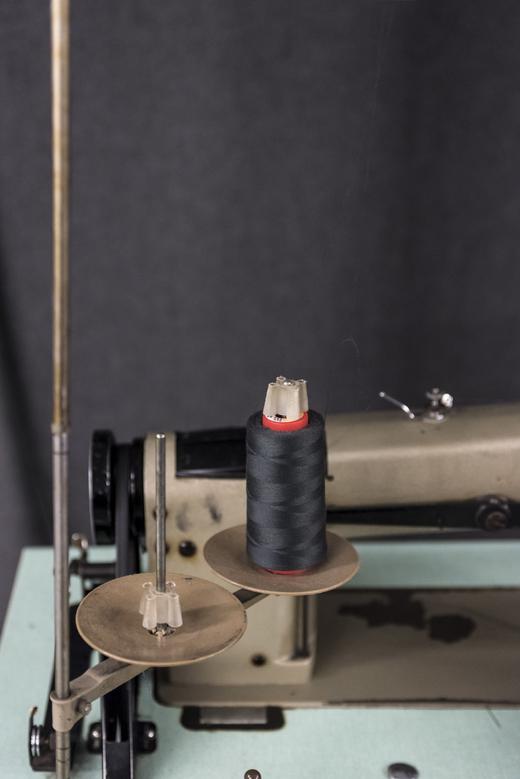 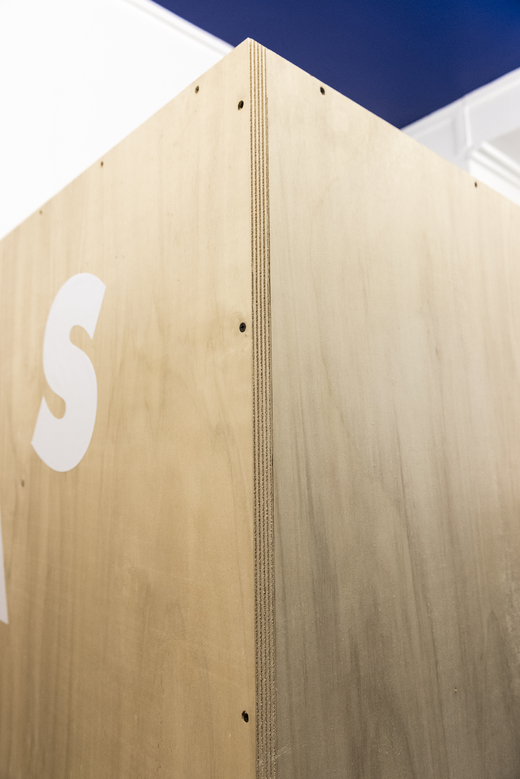 Nathalie Lété is one of the most prolific artists of her generation. Working within many realms of medium, from wooden toys to...

A man with a faultless track record and a curiosity and passion for architecture. His destiny was settled from a very young age,...

Aurélie Bidermann, the Epitomy of...

Sotheby’s celebrates design by presenting a very eclectic auction. After the success of the first Now ! auction, Sotheby’s did not...