Previously, Julien Sebbag and his team cooked exclusively for his clients in heir own homes. But that was before. Before the rise of this business school graduate who distinguished himself through a flood of posts Instagram, the network he used frenetically to promote himself. Before the phone call from the Moma Group with its propensity for creating out-of-the-ordinary event events and experiences. Thanks to Benjamin Patou, its founder, Julien Sebbag now works and plays at home. On the upper floor of the Bus Palladium to be more precise. His “Chez Oim” is only open on Tuesday evenings, but he ignites passions. Indeed, the chef, who is barely 27 years old, adds a whole new dimension to the adjective “passionate”. His love he brings to his food is palpable. Explosive. In his speech, in his eyes, in his gestures. He doesn’t prevaricate. He doesn’t hide. On the contrary! At Chez Oim, the guests enjoy a real relationship with him. Like the one that binds a host and his guests when he entertains at home. So, his guests are present at the birth of the Israeli-inspired dishes on the menu, which changes every week according to seasonal arrivals. The produce is presented in its purest form before their very eyes. Before being handled, massaged, detailed, heated (a veritable vocabulary of intimacy…) then served sublimely, often directly at the table, by the Parisian, who doesn’t hesitate to throw himself wholeheartedly into to the service as he progresses, blowtorch and saucepan in hand, above our heads. The result on the plate is as enjoyable as the dining room. Generous, delicious and whimsical. Sensual (oh yes). A glorious festival that goes on and on, once the service is complete, with music until dawn. Julien Sebbag has given us fair warning: “We’re going to turn Wednesday into a public holiday.” 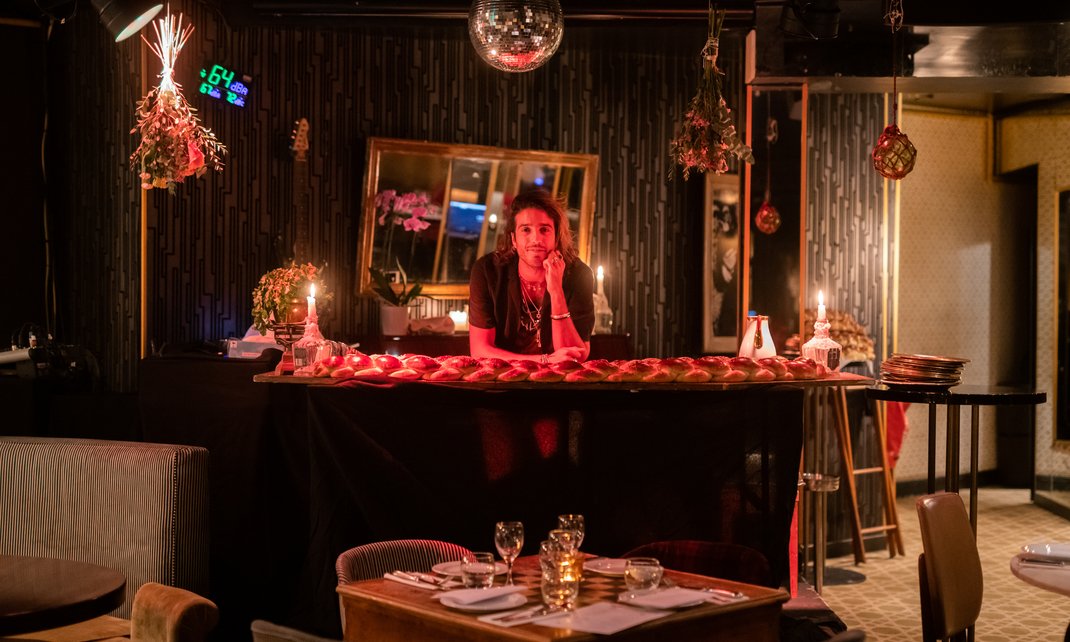 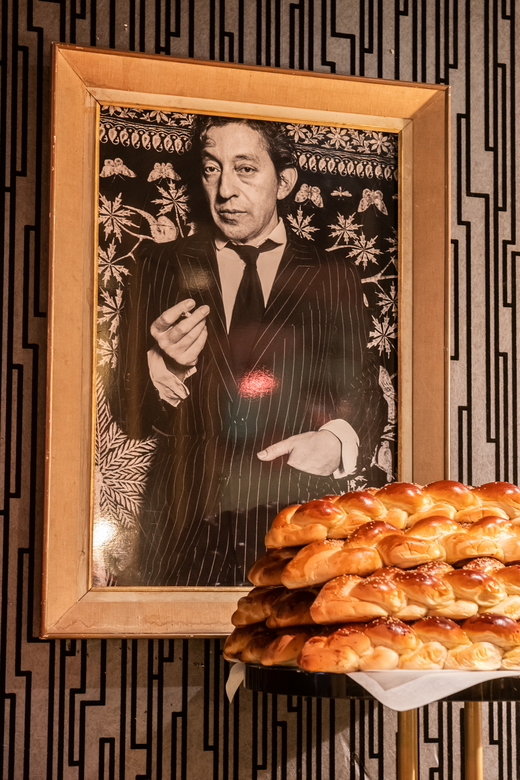 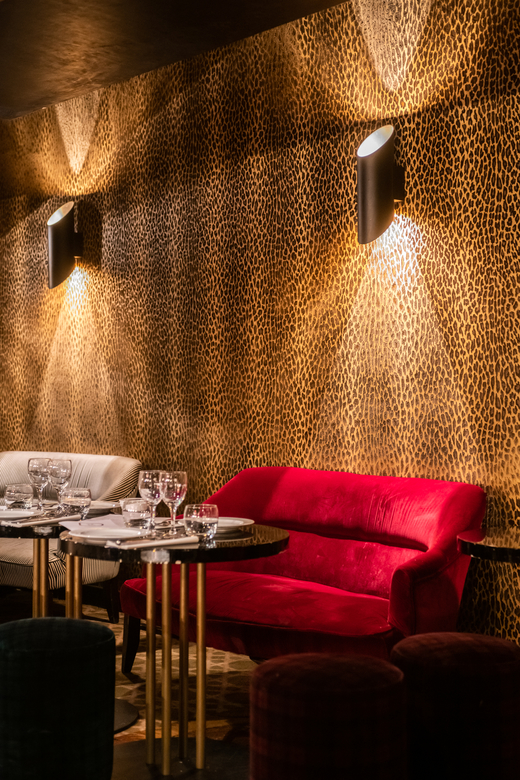 Julien, can you introduce yourself, please?

I’m 27 years old, and people call me chef, even though I find that word a bit pompous. Let’s say I make my living from cooking!

What was your background before you encountered cooking?

I was a student at business school in Paris. I had gained a Masters degree in entrepreneurship. And I’d had the chance to travel a lot during my studies: a year in London, a year in Tel Aviv.

Tell us how your life changed. What impulse attracted you to this art.

It was during these trips that the idea was triggered. All these new restaurant concepts, people queueing outside, TV shows, new ways of cooking that were more modern, wilder. The attraction of Mediterranean cuisine, vegetables. The freedom to make new rules. I want to go more deeply into the subject, to find out more and to be a part of this new scene. It’s so exciting!

What’s your philosophy, what drives your creations?

Sharing comes first. I always put myself in the position of the customer. I want to experience something, but without being bowled over. I want to travel without getting lost. My inspirations come from multiple sources: they range from Eyal Shani (Miznon) to Tim Burton, from Massimo Botura to the Velvet Underground, and from a meeting to a break-up. 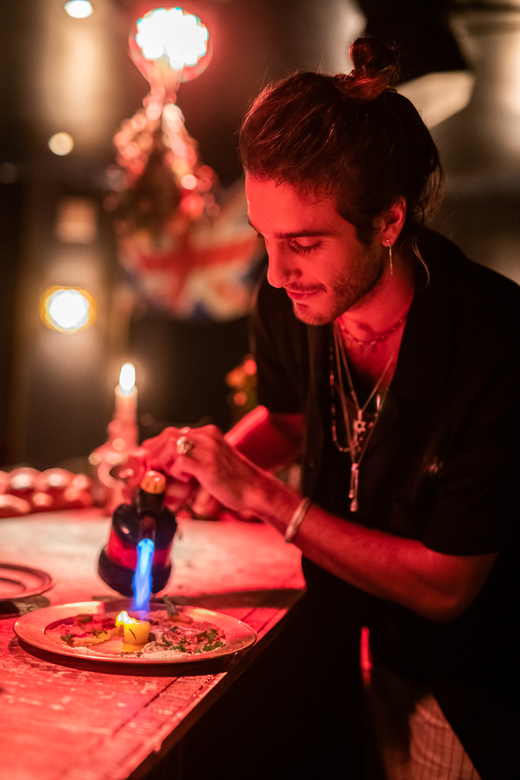 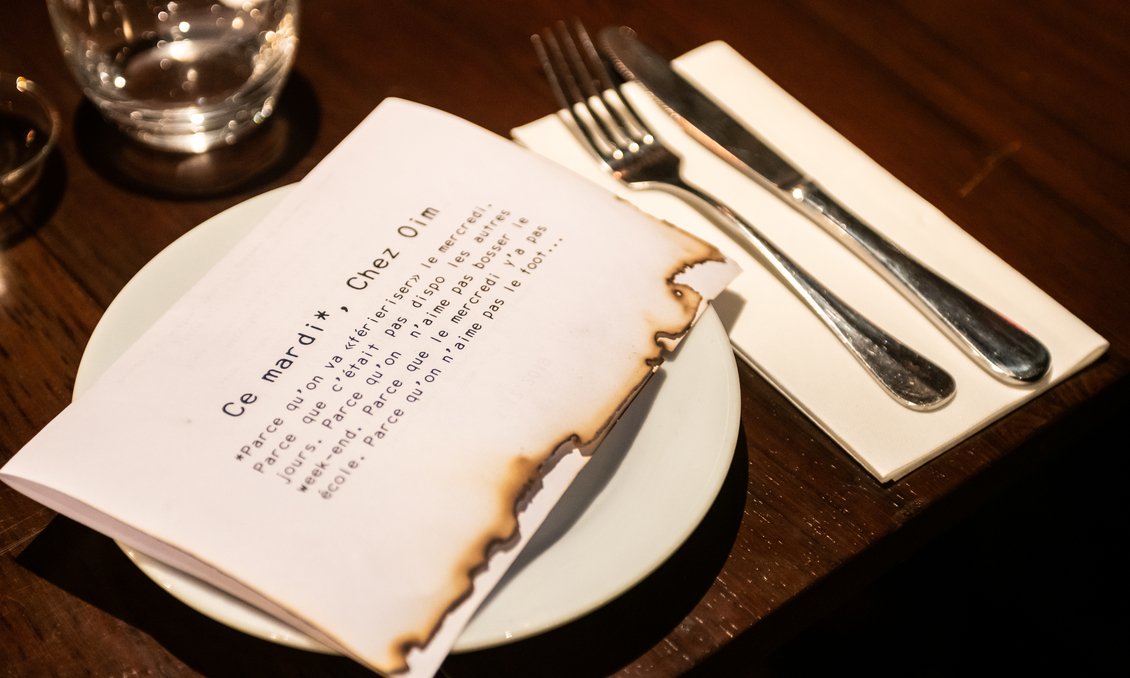 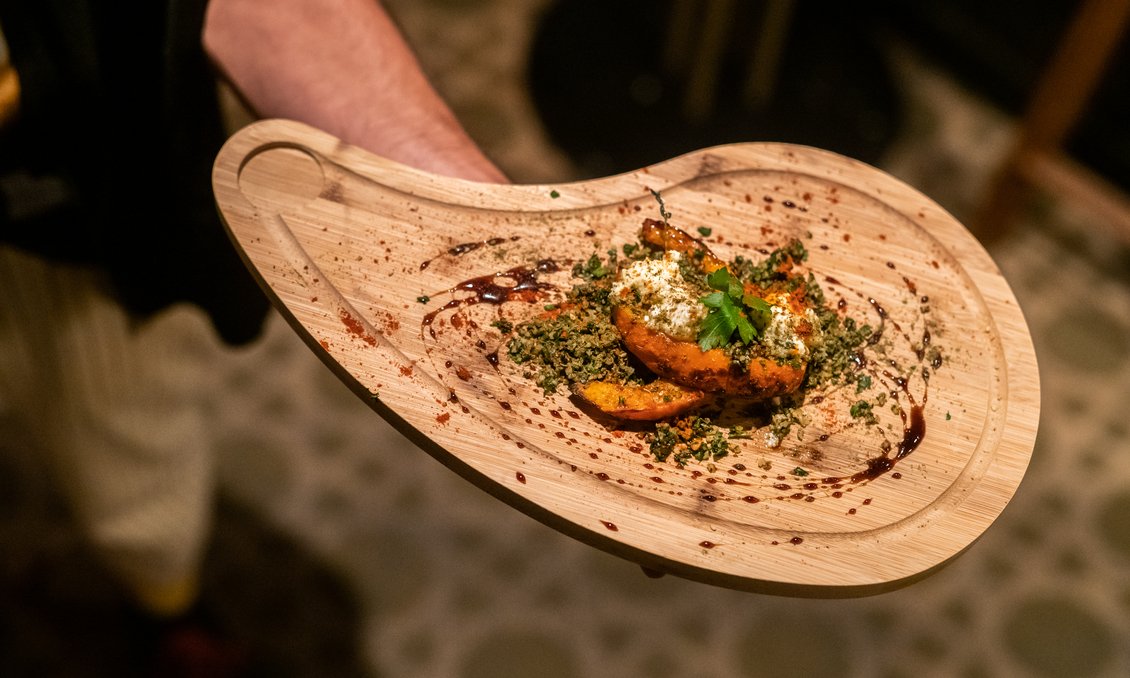 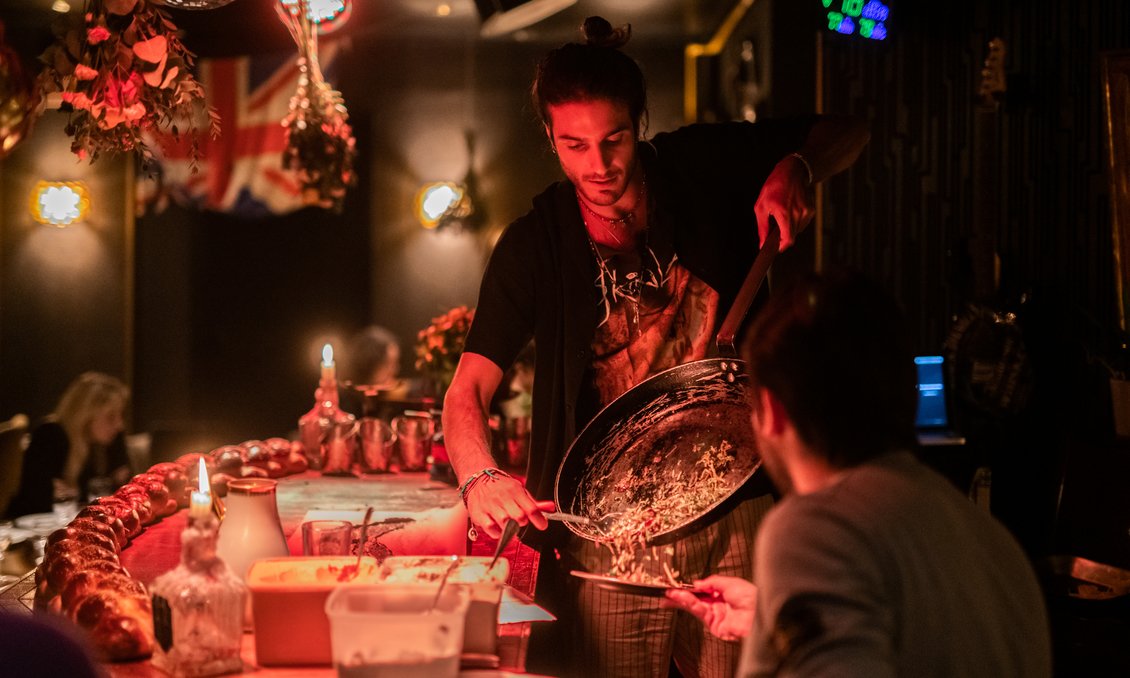 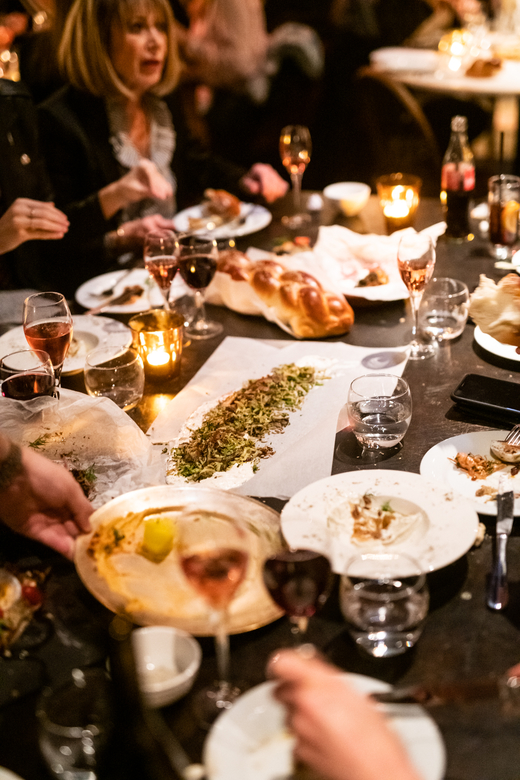 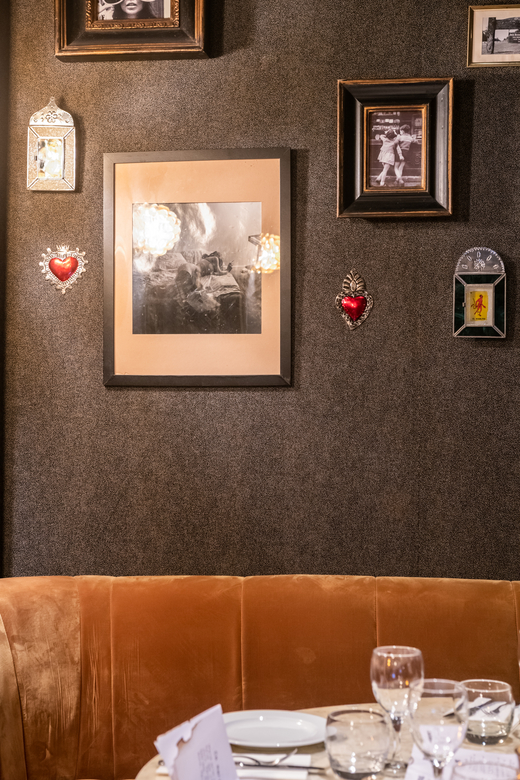 What were your main inspirations, the ones that contributed to the development of the chef that you are today?

When I arrived in London in 2014 everyone was talking about Yotam Ottolenghi. The book, Jerusalem, gave me a lot of food for thought, to begin with. But my mentor is Eyal Shani. Nowadays, I’m a little interested in gastronomy. I’m hugely impressed by the work of Grant Achatz (chef at Alinea, in Chicago) who puts the customer experience first. This guy makes a desert where he makes balloons out of candy floss and inflates them with helium. The result: an entire three-star restaurant talking like a duck!

How do you design your dishes?

I start with seasonal ingredients. At the beginning of every month (sometimes even each week), I meet with my suppliers. Depending on the results, I create associations of flavours. The important thing for me is balance. A balance between salty, sweet, sour and bitter. That’s the key.

Which ingredients do you most like to work with?

I love tahini, that sexy sesame paste! It’s a wonderful addition in cooking vegetables (which I also love working with). It is also a base for binding many sources and is much healthier than creams. I’ve just returned from a one month trip to Peru, to Gaston Acurio, and I must say that I’m very fond of seafood at the moment. Very, very fond.

What would you say are the three essentials (ingredients) to always have at home?

A pot of tahini, a pot of Greek yoghurt and coarse Guerande salt. I’m being vague because it all depends on the season. Seasonality is so important for your body, for the land and for the farmers. 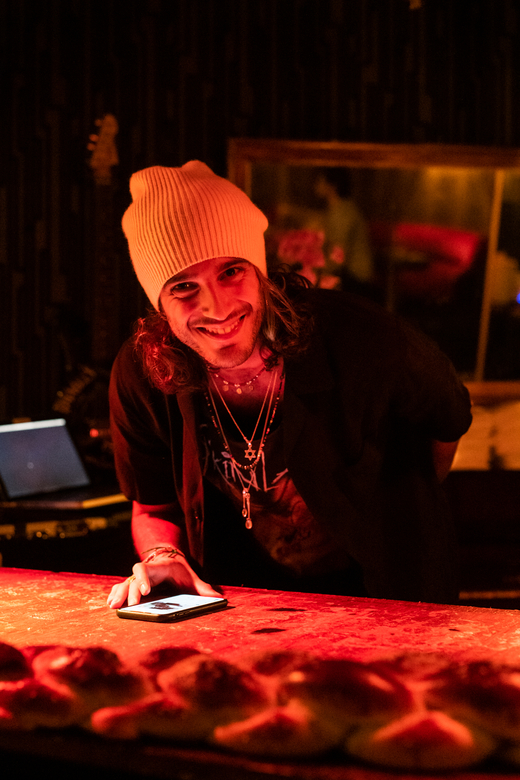 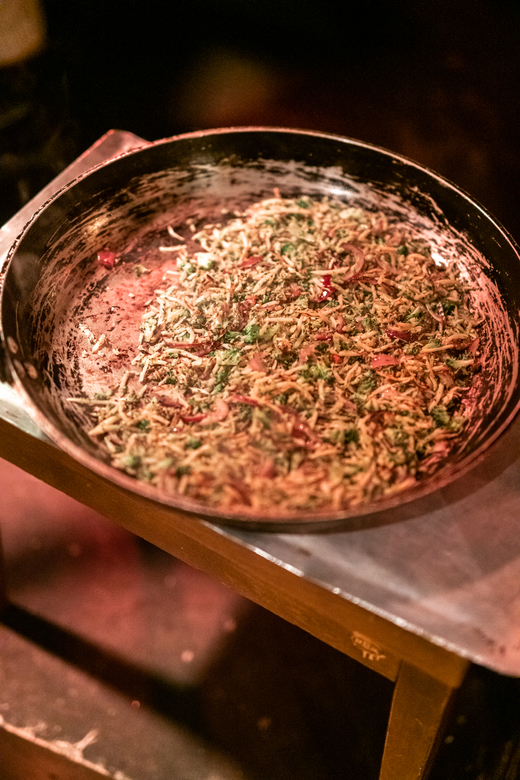 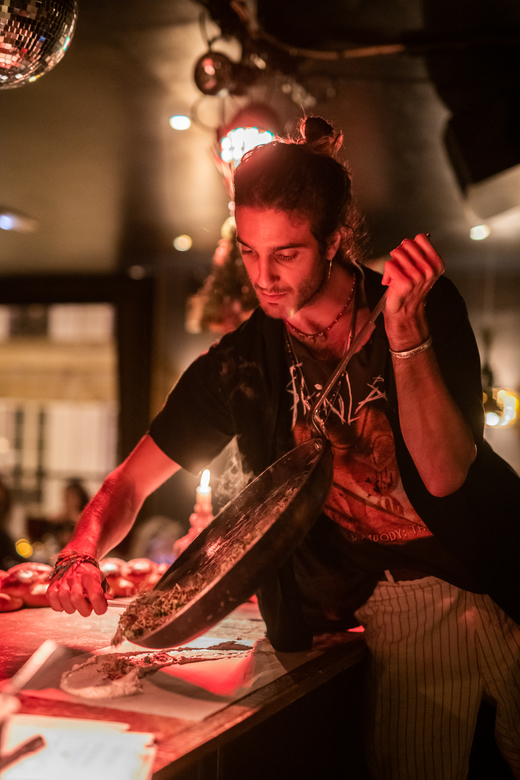 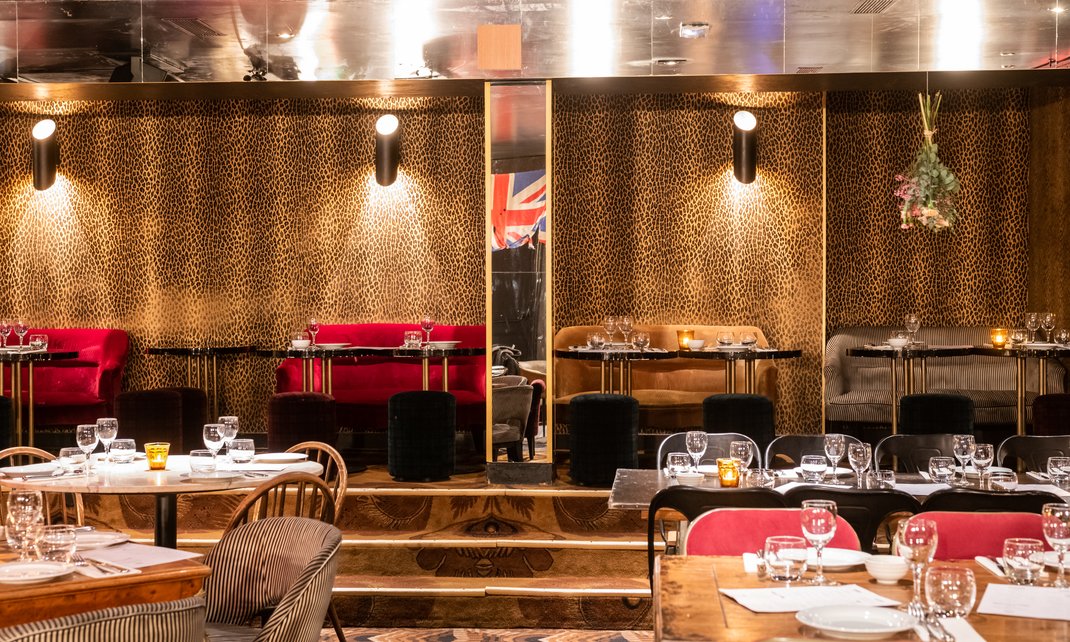 What is the dish that defines you?

The Sabih, a Middle Eastern vegetarian sandwich. Basically, it was the leftover salads that were eaten in bread the day after a big feast. Today, it’s a base of aubergines, with a tomato cucumber and onion salad with herbs. There are as many different sabih as there are different types of light fittings I think.

At Chez Oim, your first restaurant (where we are now), how are things going to evolve?

Chez Oim evolves with its team and its clientele, of course. We are always trying to renew and reinvent ourselves. But Chez Oim will keep its unique family atmosphere. Even during and after our future projects. It’s extremely important to keep this foundation, which is the basis of our beautiful story. And it is, above all, our refuge of happiness.

For those who don’t know Chez Oim, what’s special about it? Why did you opt for this pace of life?

The special thing about Chez Oim is that the restaurant is open one evening a week, on Tuesdays. We change the menu almost every week. We wanted to have a dynamic atmosphere so that we would never feel we were in a rut. On Tuesday mornings, we wake up as excited as we were before we went to Disneyland in Paris. More specifically, the experience is very close to the customer. I come and serve you some dishes at the table; the serving staff take your order sitting at the table. And the second service turns into a total apocalypse… A real nightclub.

Do you regard your cuisine as simple or sophisticated?

I have a somewhat naïve side, so I don’t really know where I stand, I find it difficult to take a step back. I’m extremely inquisitive, so my cooking is continually evolving. I think it’s quite simple in execution, but it makes an impression on you.

Who is your cooking aimed at?

At all living things, except dragonflies, they scare me. (Laughs) 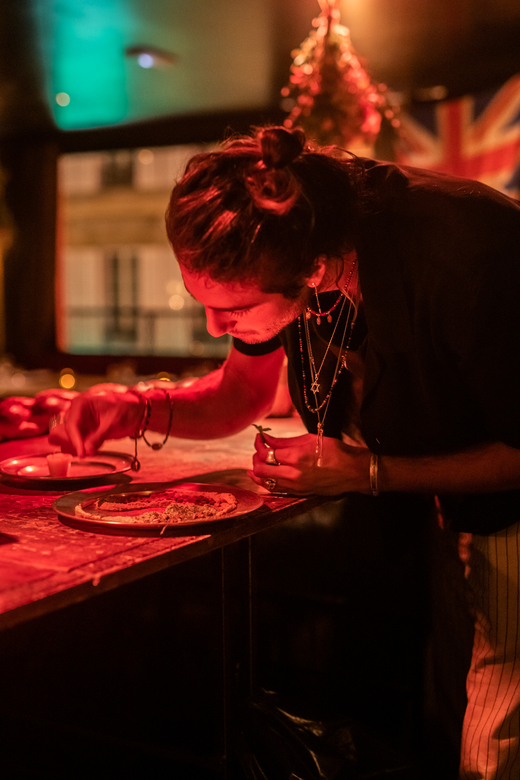 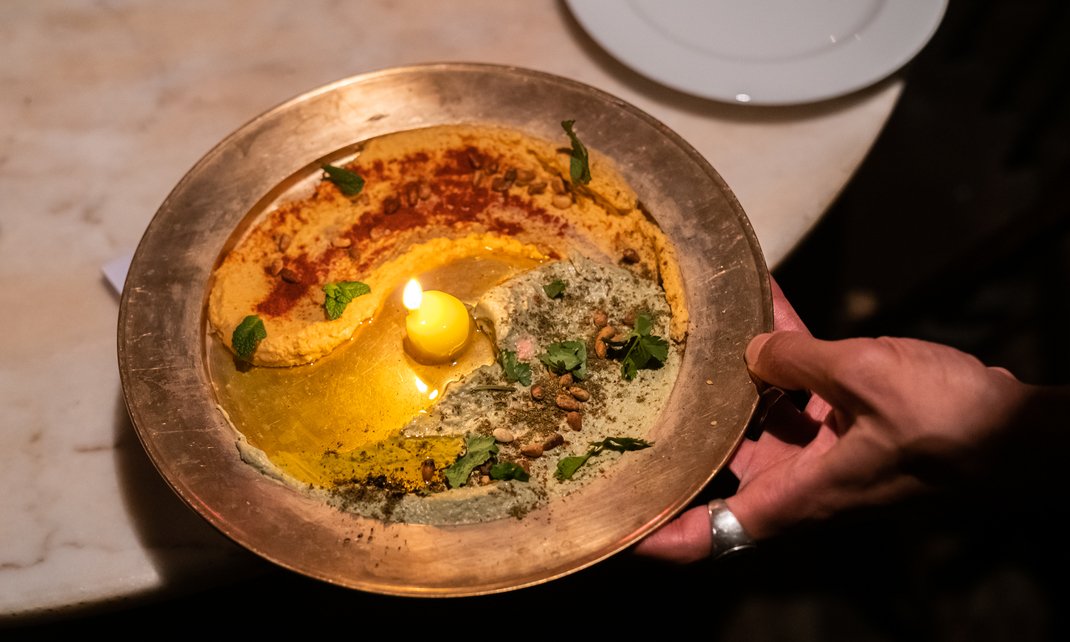 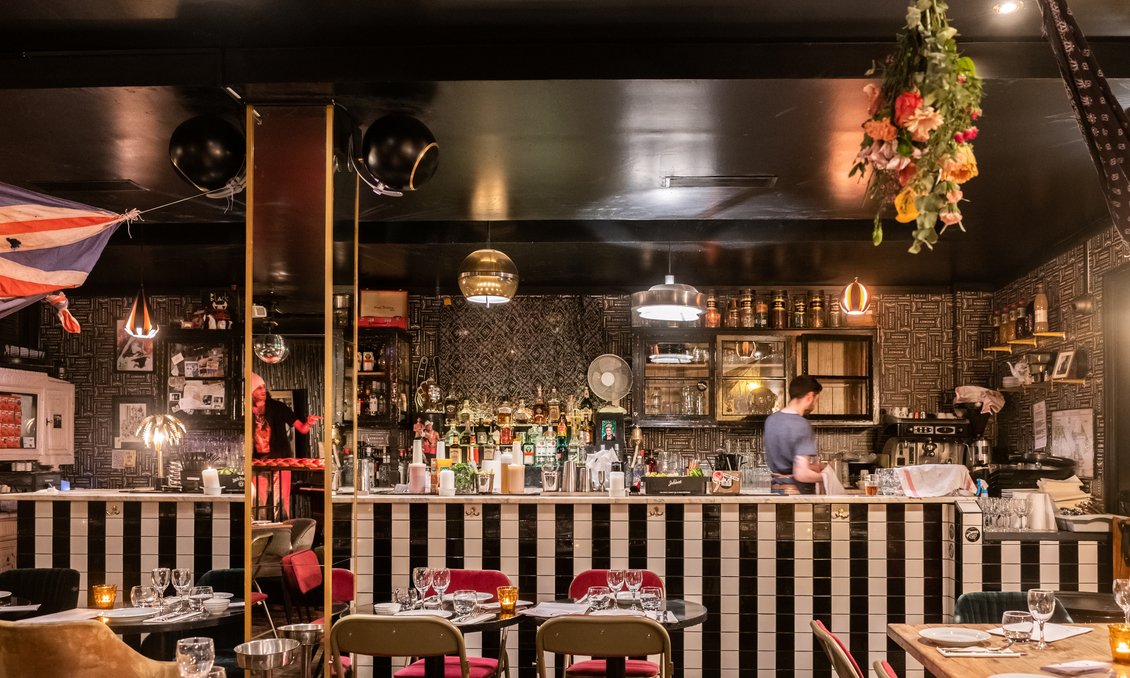 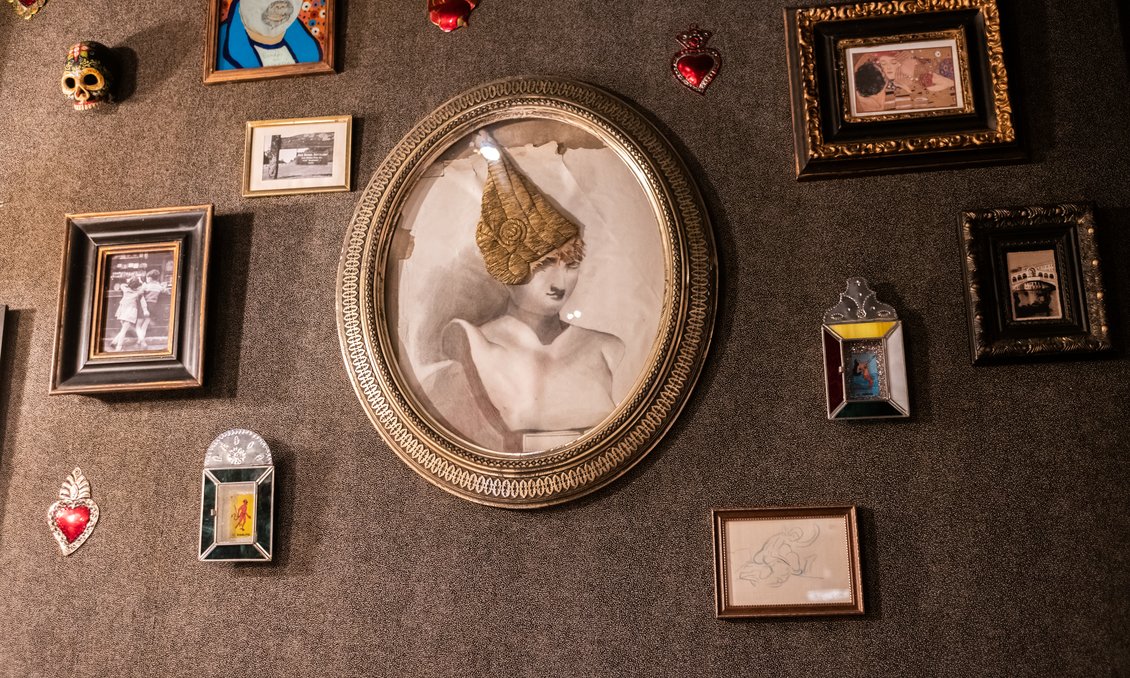 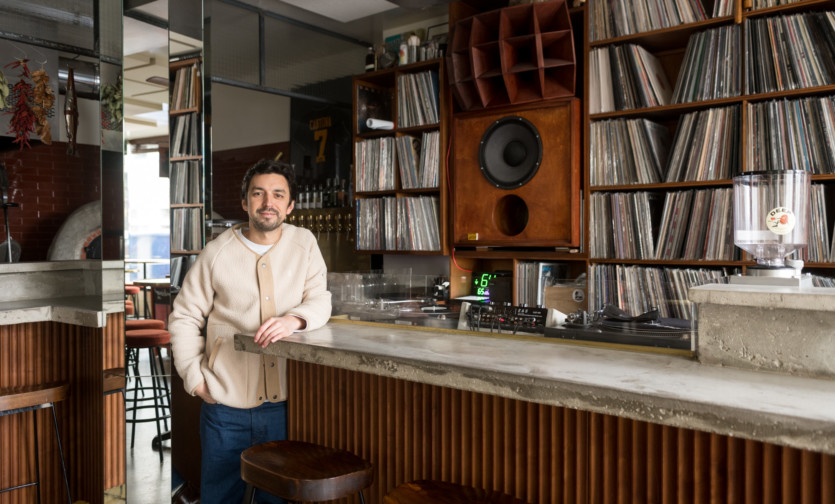 Fabien Lombardi has created a place for himself. What’s it called? Bambino. The latest addition to a sibling group of six establishments, Bambino’s highly individual identity was inspired by his travels in Japan and Tel Aviv. A...

Like an eagle’s nest with an enveloping wooden structure, Radioeat could easily be the haunt of a slightly tipsy spy looking for a...

ZioTony, Italy as We Are

Enjoy the Italian tradition of being part of the neighbourhood: a place to meet up as a family, or with friends and neighbours at any...

Two young souls for a music which sounds like the 80’s, words which are not really innocent, and synths. The Pirouettes, a.k.a Léo...