The Invisible Collection, Furniture as Art

The Invisible Collection, a name derived from a short story by Stefan Zweig, now with an entirely different reality. That of an eponymous website which came about thanks to the work of Isabelle Dubern and Anna Zaoui an unmissable showcase for the icons of style “à la française“. By style in this case, read interior design and more generally interior architecture. Two areas in which the talents presented on The Invisible Collection excel. More than simple representatives, some of those present have, for a good many years, been elevated to the ranks of stardom and whose designs are as inaccessible visually as they are physically. Destined for private orders or projects, these pieces of a rare manufacture – inherited from a long history of decorative arts – had escaped us until now. It’s impossible to assess their value or to know their history. At a time when the boom in high-end French furniture is opening up to a new, more international market, The Invisible Collection has become the go-between. Pierre Yovanovitch, Isabelle Stanislas, Vincent Darré: the list of prestigious names is as long as the triumphant return of interior designl. To collect these pieces as one would collect art was the desire of its founders. It’s a done deal. And although it’s obvious that the furniture presented there is not accessible to all, the quality of the curation will satisfy more curious visitors who will be able to lose themselves in the many stories on the website. Encounter in London with its highly committed founders in an exceptional delivery: a house in Chelsea furnished by two iconic pieces of The Invisible Collection. Head to the Chelsea neighborhood, surrounded by the Ateliers d’Amis’s sofa and the Pierre Yovanovitch’s Bébé Ours armchair. 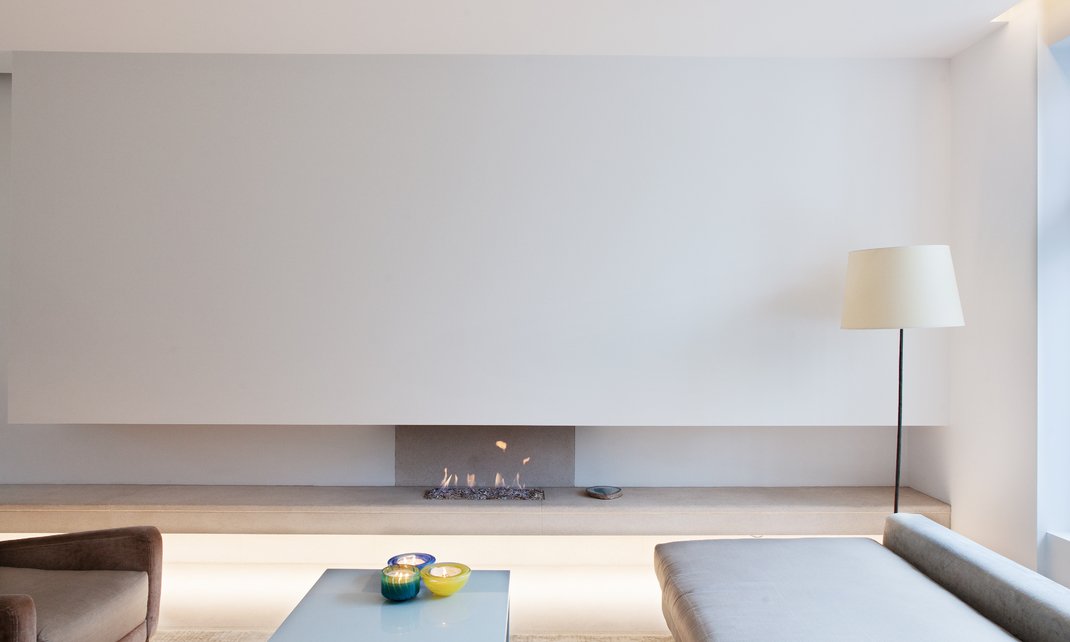 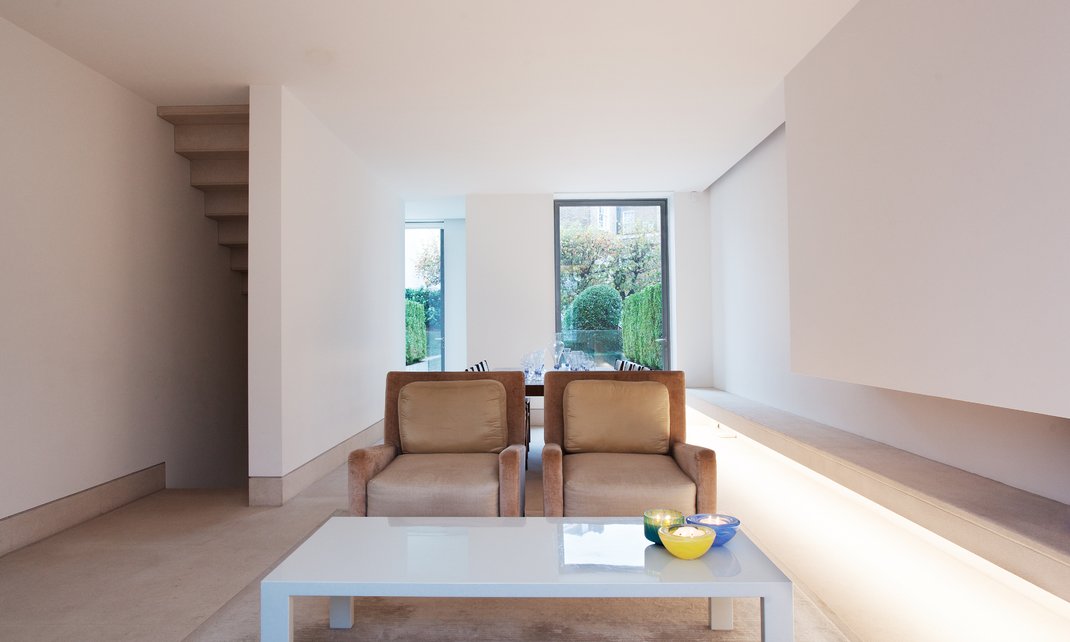 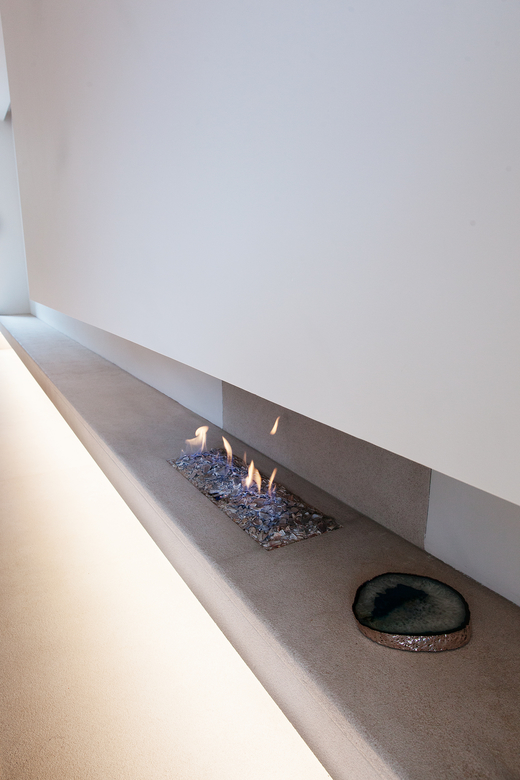 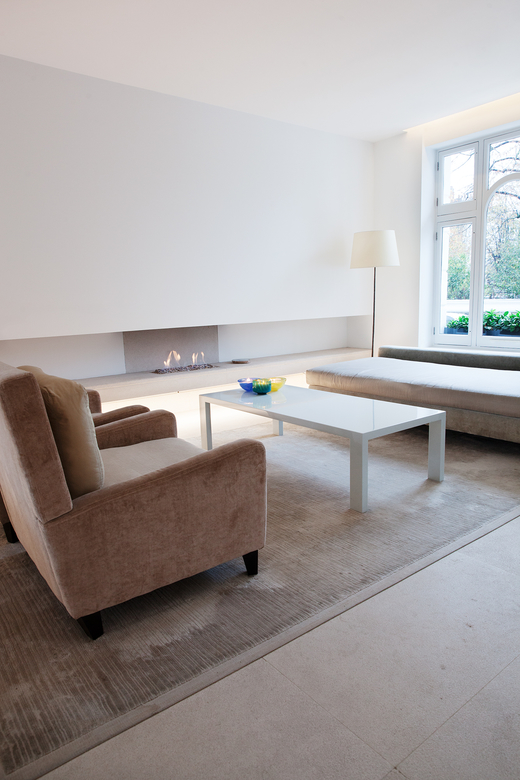 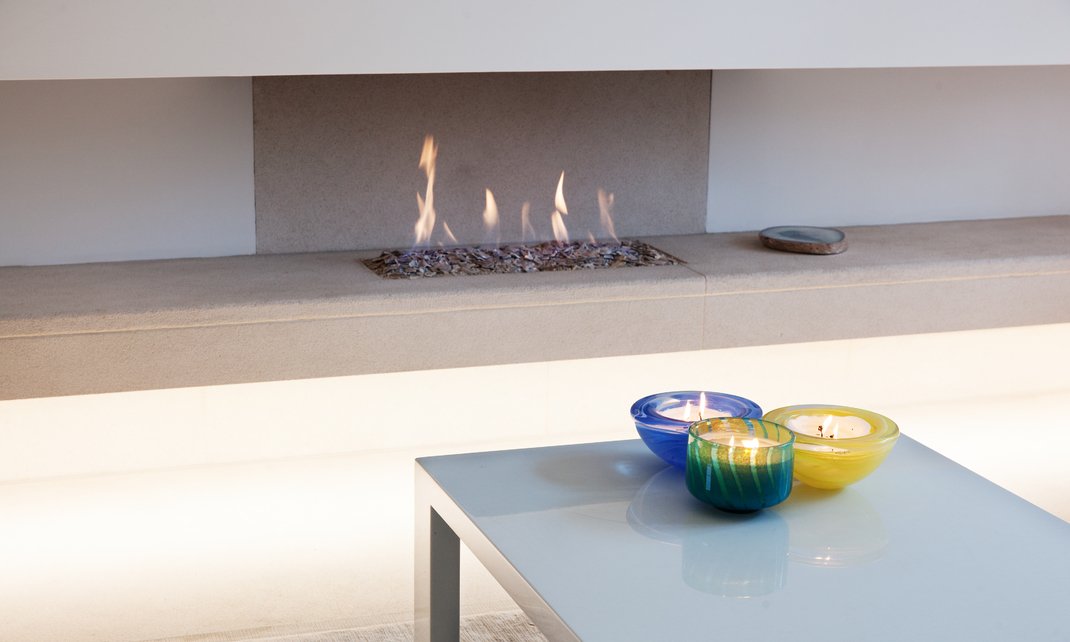 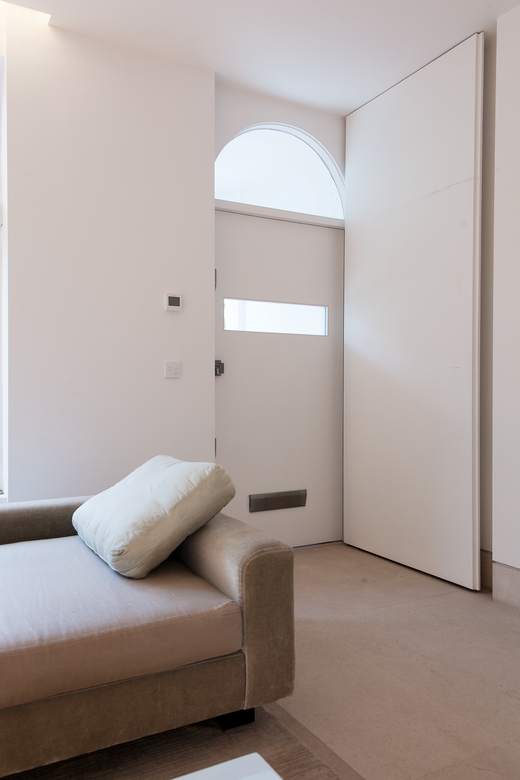 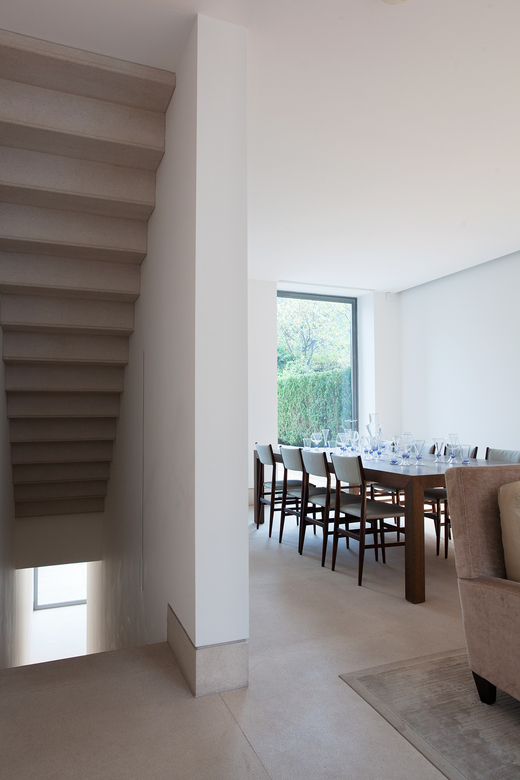 Isabelle and Anna, tell us about you.

I was an actuary in a reinsurance company where I was in charge of assessing risks from natural disasters. Suffice to say there was little room for creativity! I then followed my husband to London where we started our family. The richness of the city finally awakened my artistic sensibility which I have now invested myself in by supporting galleries such as Hayward and Serpentine.

I was a journalist in charge of lifestyle and culture. Then I had a consulting company for luxury brands including Dior where I was an artistic director of Dior Maison. I also advised Bon Marché for 10 years with private fashion and decor services. The passion for this one in particular brought us together with The Invisible Collection, a very innovative e-commerce project dedicated to exceptional furniture.

What have you been doing in London and for how long?

I’ve lived here for 20 years but since my kids are in university, I often escape to Paris and New York to go see them. The Invisible Collection takes up a lot of my time. The various Art and classical music organisations I am connected to have always been a backdrop.

I came to London 4 years ago for love. My two eldest sons, Charles and Mazarine, were educated in this city, as was my youngestt son, Adrien, who is preparing for his final exams dreaming of the United States. I spend a lot of time on the Eurostar and I love Paris so much – I rediscover it with wonder every time – that London always surprises me with its energy, gardens, courtesy of others, etc.

What is the idea behind The Invisible Collection? How do you source out the designers you work with?

The concept is simple: to offer, for the first time, an online store with exceptional furniture made by today’s big name decor brands with the desire to collect furniture as one would collect contemporary Art.

We like to meet them, visit their sites or workshops, immerse ourselves in their archives and choose what we want to offer on the website with them. We still dream that some big names wjll join The Invisible Collection. I hope this will happen very soon!

We are very sensitive about everyones’s sphere and talent. We have admired and known their sites for a long time. Adding their furniture discovered on location is a true collector’s passion that we satisfy on our website. 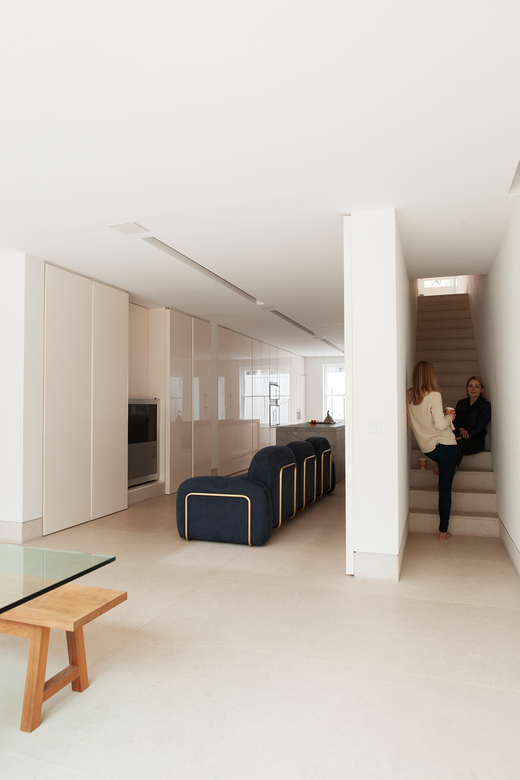 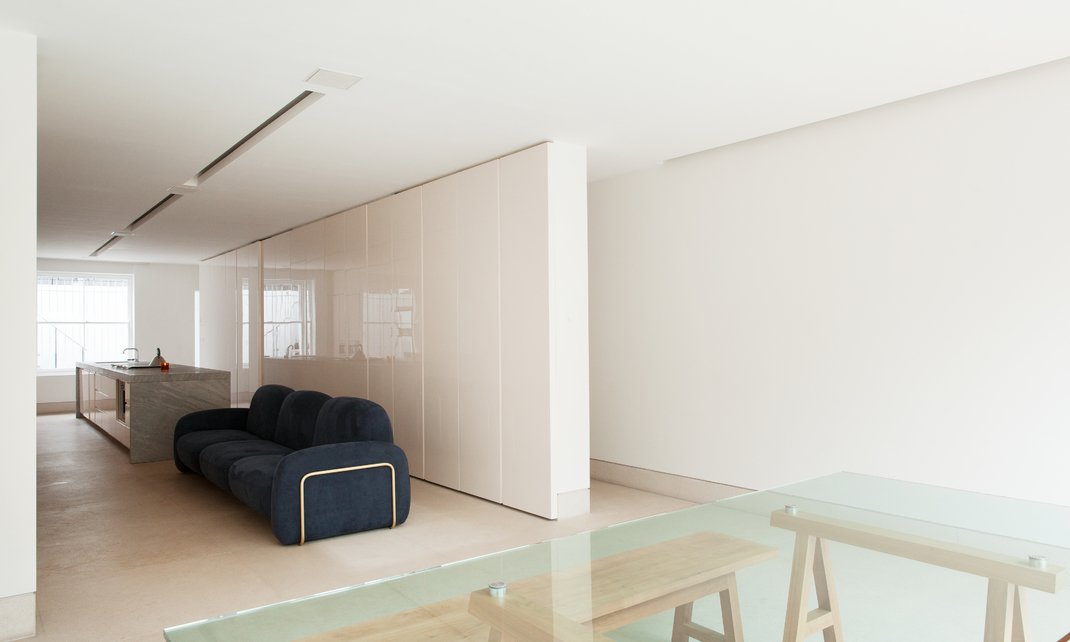 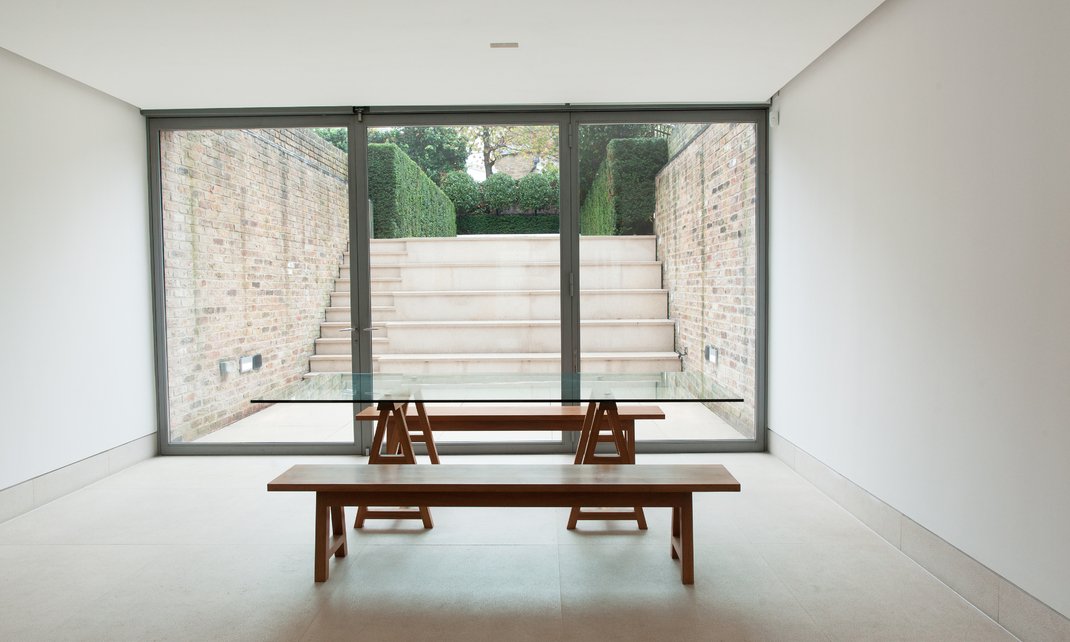 What are your best selling products?

The Asymetrie armchair by Pierre Yovanovitch or the Dumbo by Hubert Le Gall but in the end, the demand is very balanced between the different decorators and interior designers.

What would be the item from your wildest dreams that you would make for yourself?

I’m not a designer, my dreams come from what the creators show me but I admit to being insatiable, from the candlestick to the side table. Marc Angel’s Refuge,(our best seller in Milan and the most Instagrammed furniture from design week in April) is in the realm of fantasy!

This site is a crazy dream to carry out! Fabulously made furniture sold online to clients in love with European Decorative Arts.

Where are we now?

We are in the heart of Chelsea, in the house of one of The Invisible Collection‘s London clients who has been supporting us since the first few weeks. The architecture is minimalistic, facing the light with a beautiful garden. 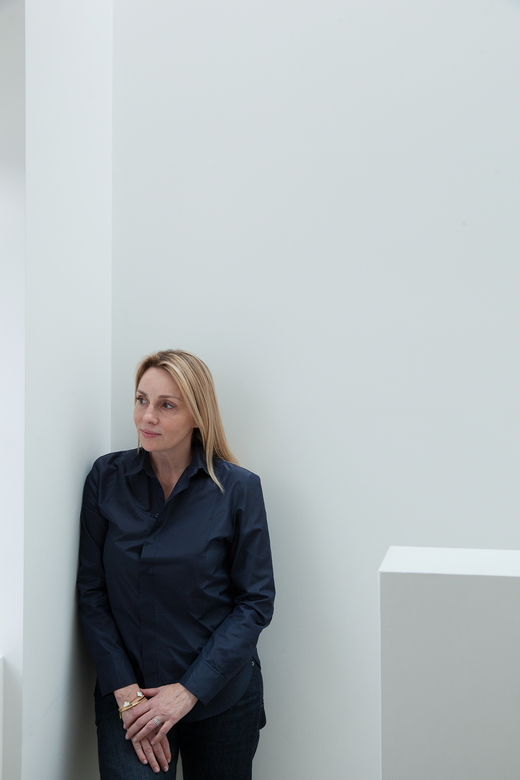 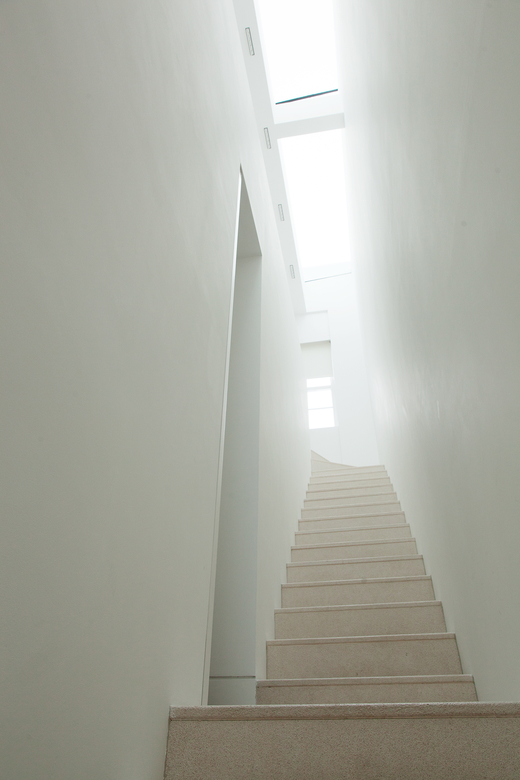 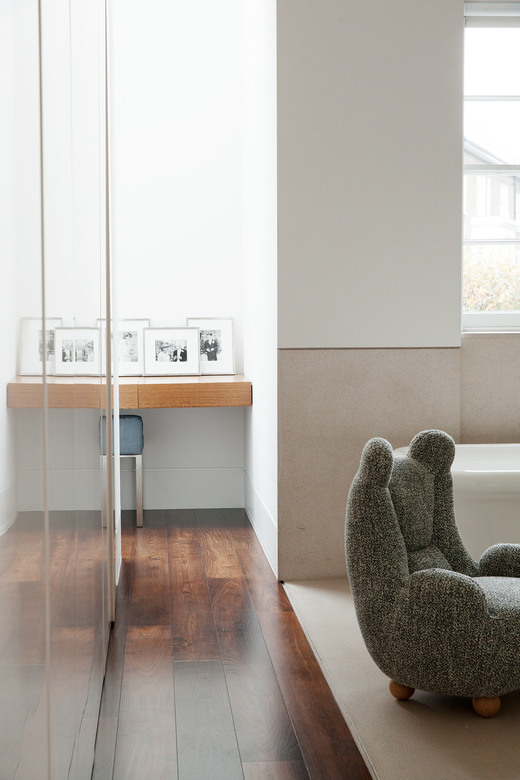 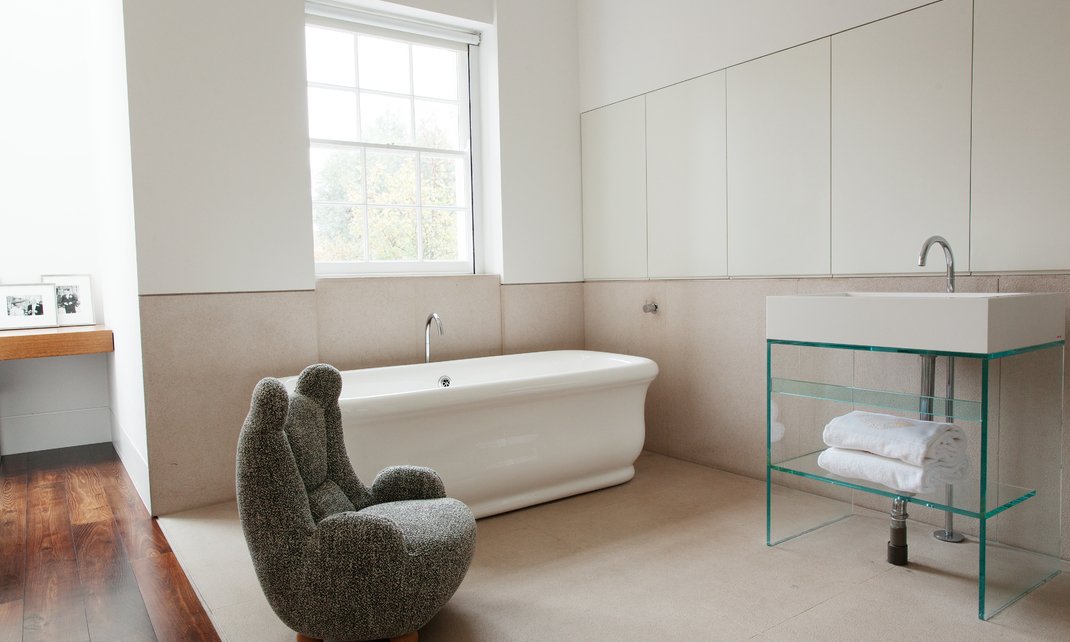 Do you advise clients on the choice of colours and materials?

We work with a well-stocked material library and of course, we advise any client who asks us. However, we respect the decorators’ choices and always have their validation.

What is the colour of the moment for you?

Wallpaper: it is becoming more and more beautiful and sophisticated, a true journey.

I particularly like the time we are in right now which allows every trend to be expressed. From the maximalism of Cabana magazine to the sensual look of Pierre Yovanovitch Everything is possible, no trend, no diktat!

What are your future projects in the pipeline with The Invisible Collection?

There is always new furniture on the site and we are on the verge of going to New York very soon.

The United States! And most of all, staying close to the designers we represent. In my case, I would like to become a digital native (at more than 45 years of age) with the help of the exceptional teams leads by Lily Froehlicher – our millenial general manager – that have been with us since day one.

Any places to recommend to us in London?

The Harrys Bar (a classic) or the Chiltern Firehouse, the place to be right now, it’s very successful!

Chucs, an Italian restaurant on Dover Street on a Saturday for a family lunch before moving on to Thaddaeus Ropac, Carpenters Gallery or Kreo. Not all three, of course, the cultural alibi has its limits with my 17-year-old son who is more passionate about tennis! 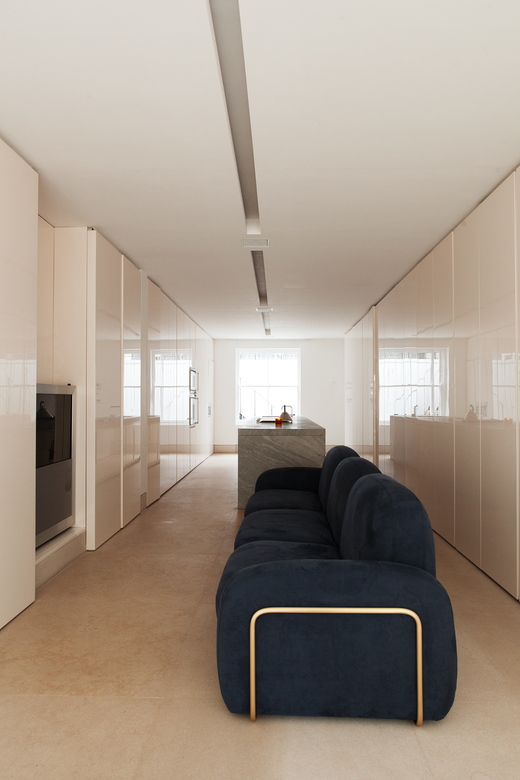 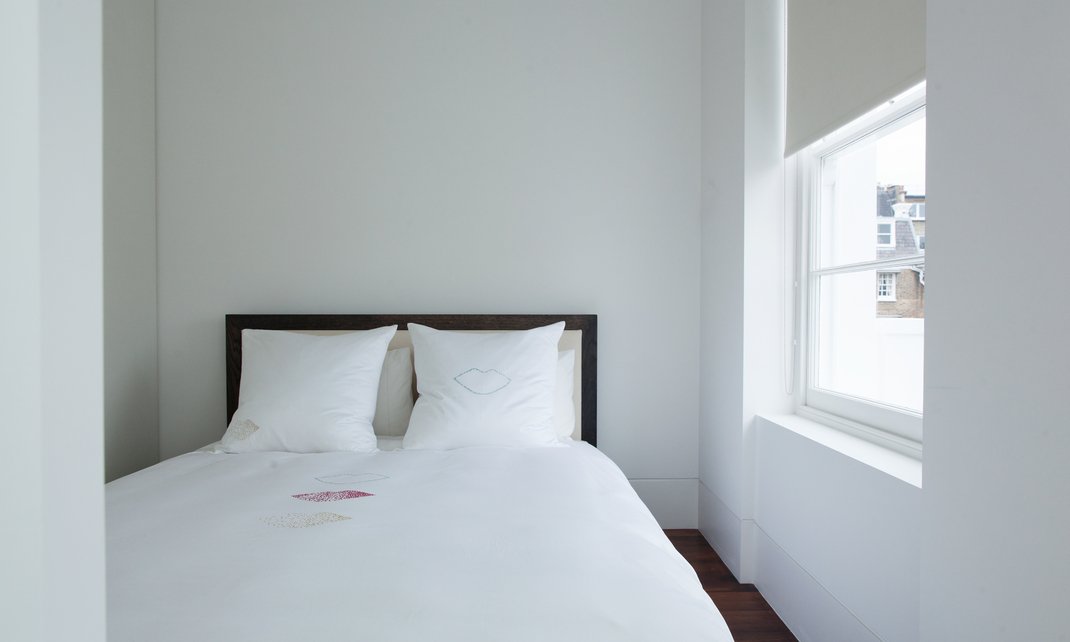 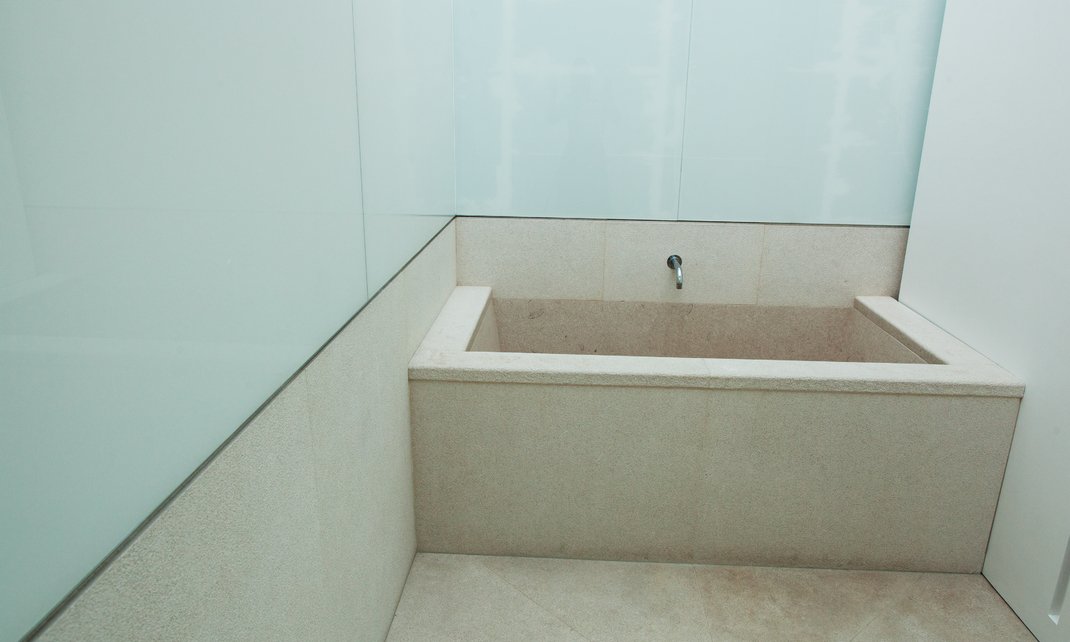 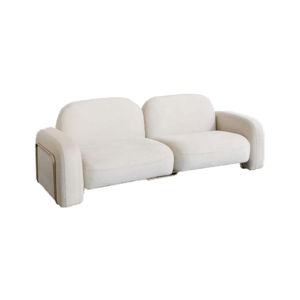 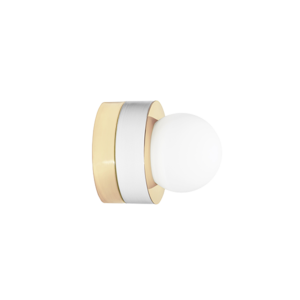 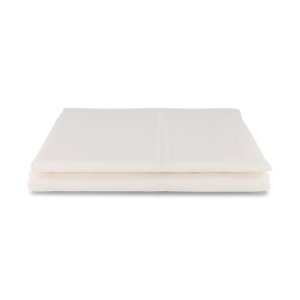 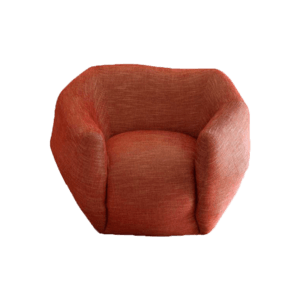 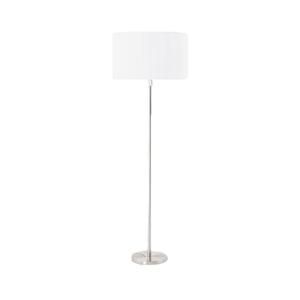 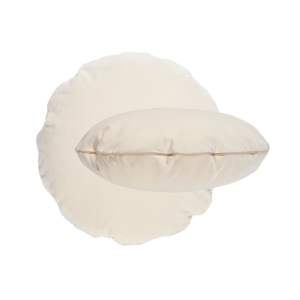 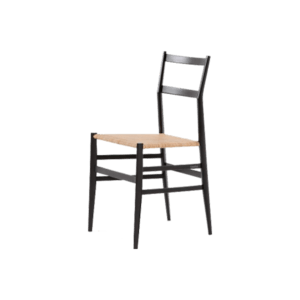 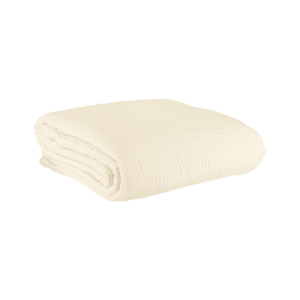 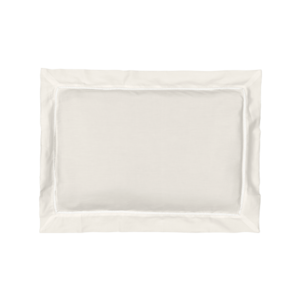 Maison Hand, Between Craft and Modernism

When Stéphane Garotin and Pierre Emmanuel Martin, the founders of Maison Hand, met, their lives changed. With Morocco in the...

“Elsa Muse”, but above all “Elsa Sure”! It’s impossible not to fall in line with Elsa Snackers, better known under the pseudonym Elsa...

Michel Vivien’s eyes are on fire. Hungering for images, consuming everything. This extreme sensitivity is a double-edged sword. Both...