Between city and countryside, in the city of Chaponost, La Forêt Noire has been revealing its decoration and cooking since September 1st. Two lines of business, very different, but that form the beginning of a story which is not going to stop soon. Fabien Louvier and Claude Cartier, from the eponymous studio, are in charge of decoration. Claude Cartier had the idea of the restaurant’s name, property of the well-known company from Lyon, C-Gastronomie. Christophe Foulquier and Cédrick Berthier are in charge of cooking there. Instigators of taste, they have creative responsibility for the creation of a totem dessert for the restaurant. Two reflexions for an idea, fixed into tradition and elegance. The aesthetics are very important to the 5 founders of the company and is a pillar of the firm. From the entrance, the effect is great. The wallpaper “Midsummer Night” sets the tone. Add to its XVIII grey effect velvet and cane works, everything rhythmed by a fascinating black and white tiling. The Art Deco lights by Magic Circus are also present, and so is the downy pile of the carpeting designed by the talented Dimore Studio for Pierre Frey. To finish convincing us, the dishes follow each other in a very precise procession. It’s perfect: fried farmhouse egg, celery mousseline, mushrooms and gravy make our mouths water. Our palates are on the look-out. The second round arrives, with a hake from the “Breton coasts”, cooked on the grill, shrimps and courgettes, mushrooms infusion with rosemary, served in a teapot. The closing is like fireworks, and it will end by a last glimpse through de window. It’s an absolute change of scene; it’s as exotic in the plate. 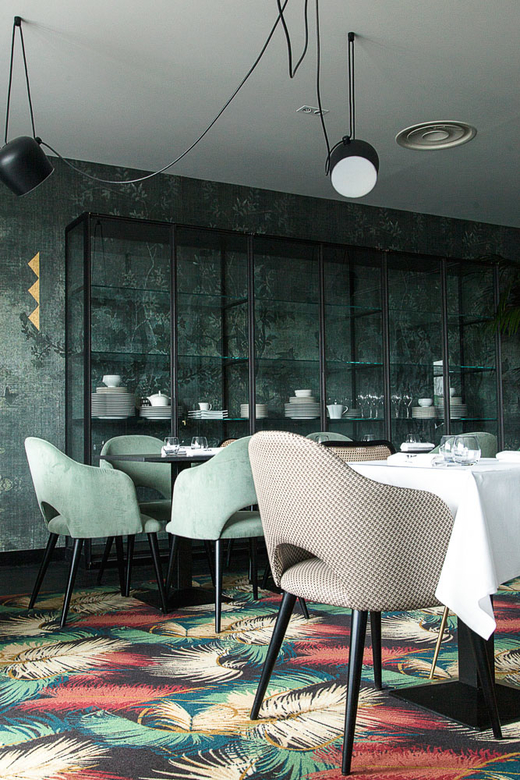 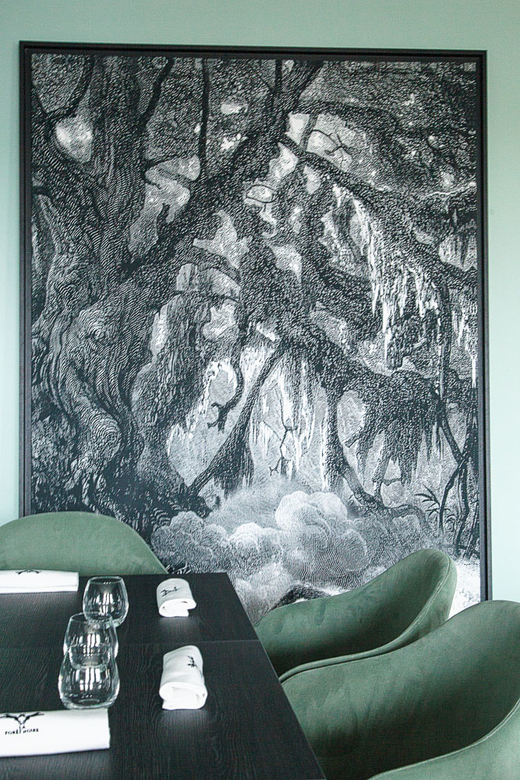 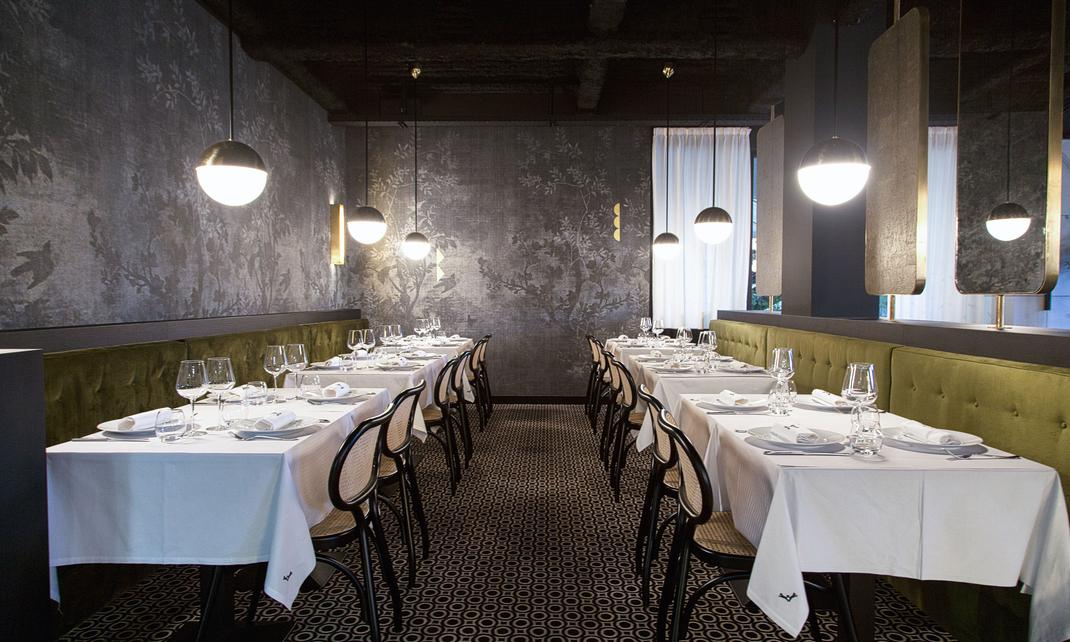 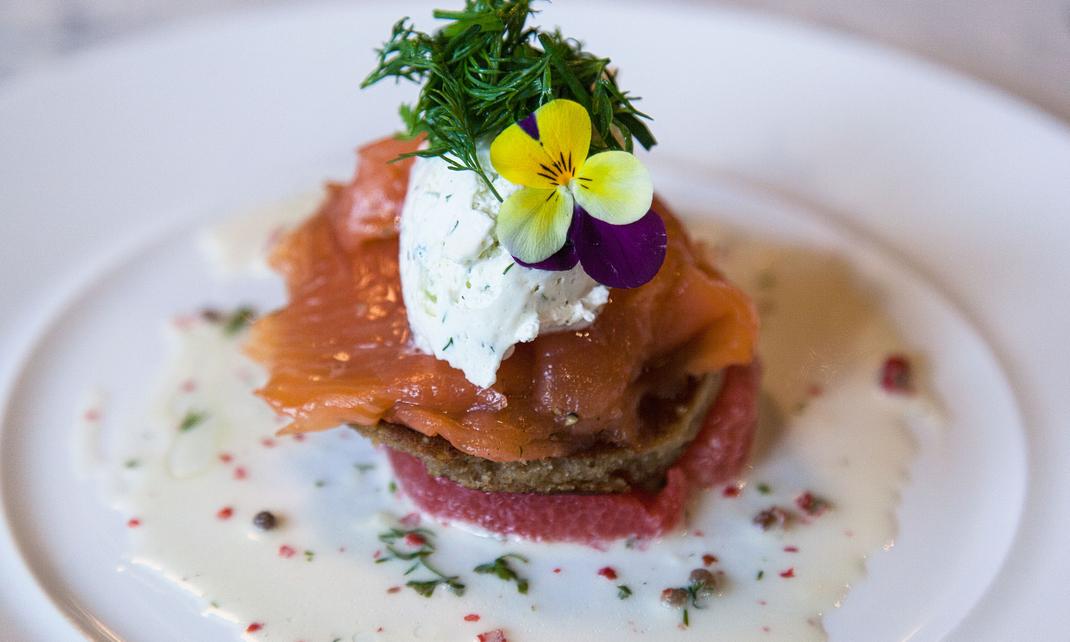 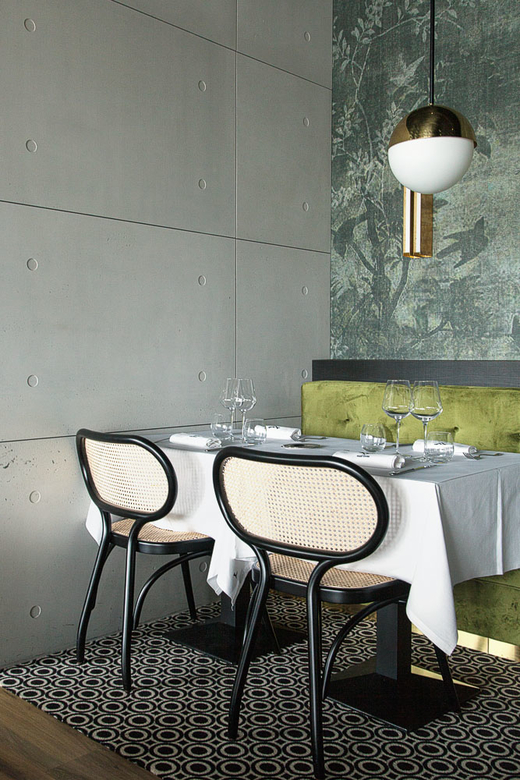 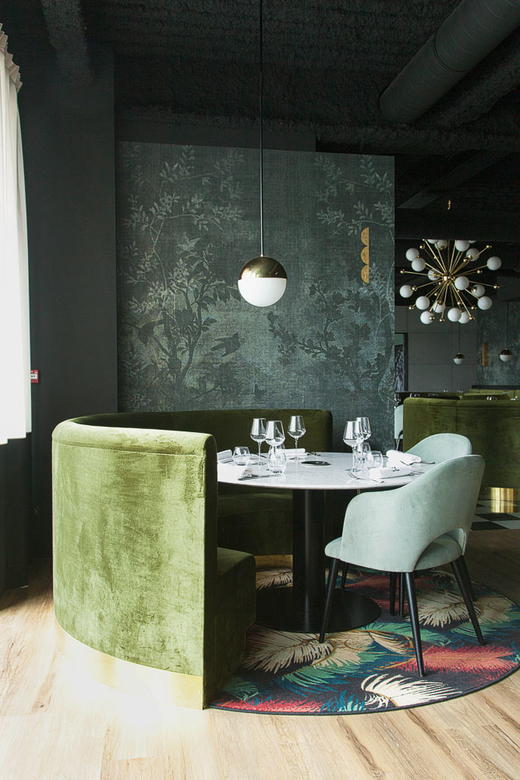 Isabelle, how was this project born?

It’s first of all a friendship: we were a group of 5 friends, wanting to have a common project. We were all very complementary, since there are two chefs, two experts in finance and one saleswoman (me). We founded C-Gastronomie in 2008, with two projects in mind: a restaurant and a catering activity. I think there was a real need in the events, the need of rediscovering the products’ tastes and quality. Then, everything went very fast. We opened a second restaurant and five catering/delicatessen boutiques. People can rediscover the taste and quality of gourmet cooking but not at the cost of the aesthetics.

We wanted something different from the two restaurants we already had. We set up in Chaponost because it was obvious that there was no place dedicated to great cooking elsewhere than in Lyon. Besides the quality of the menu, we wanted an unexpected establishment, which would inspire a change of scene. I knew Claude Cartier through her works I had seen in the homes of private individuals. I love her touch, and I think there is an extra measure of harmony in her design. It moves me.

We wanted to have a cosy restaurant that would break the codes of the industrial zone. We wanted something between the restaurant, the chic bistro and the dining room. I had mainly thought about materials, velvet, curtains, a lot of warm, a brass counter and I wanted to play with nature. Then, everything was free, we didn’t even have the name yet. 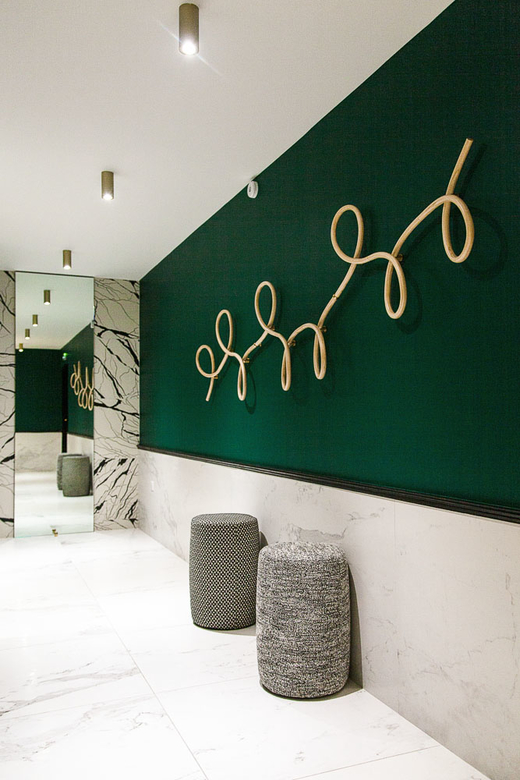 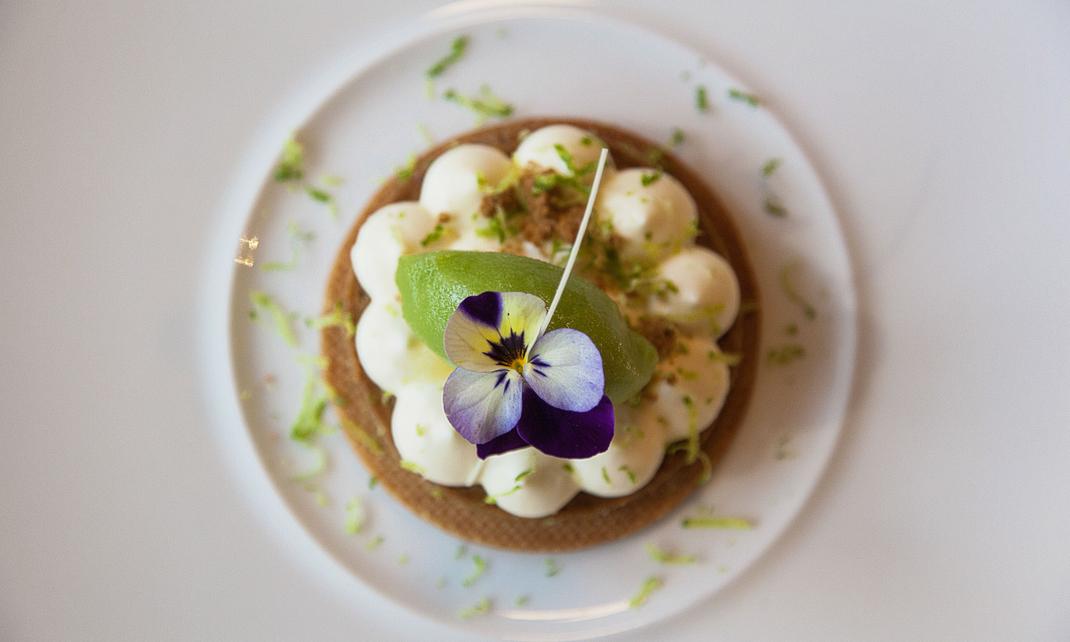 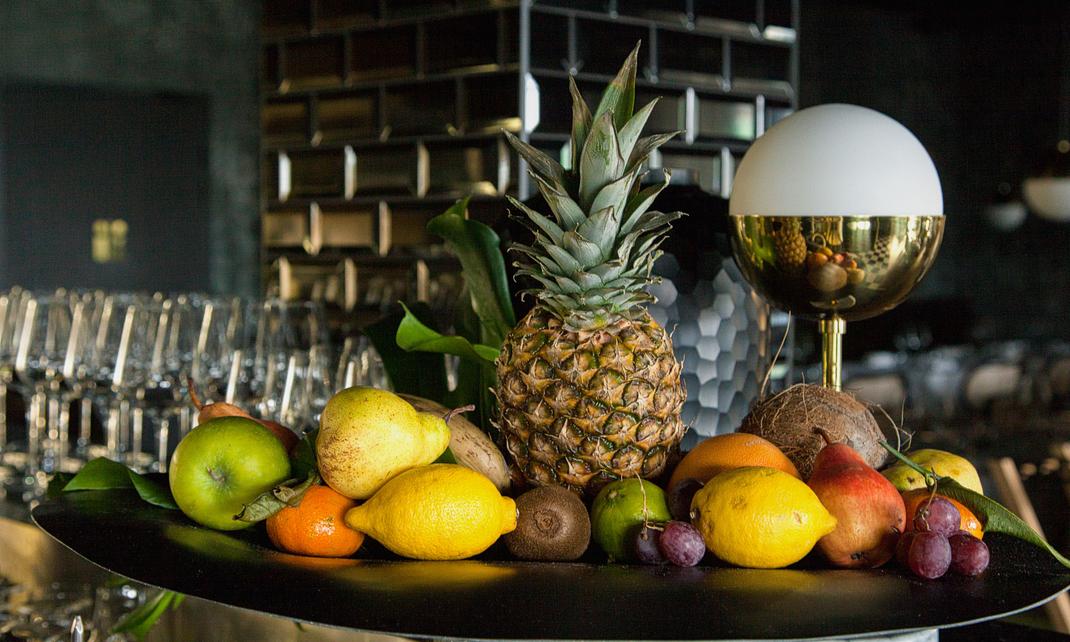 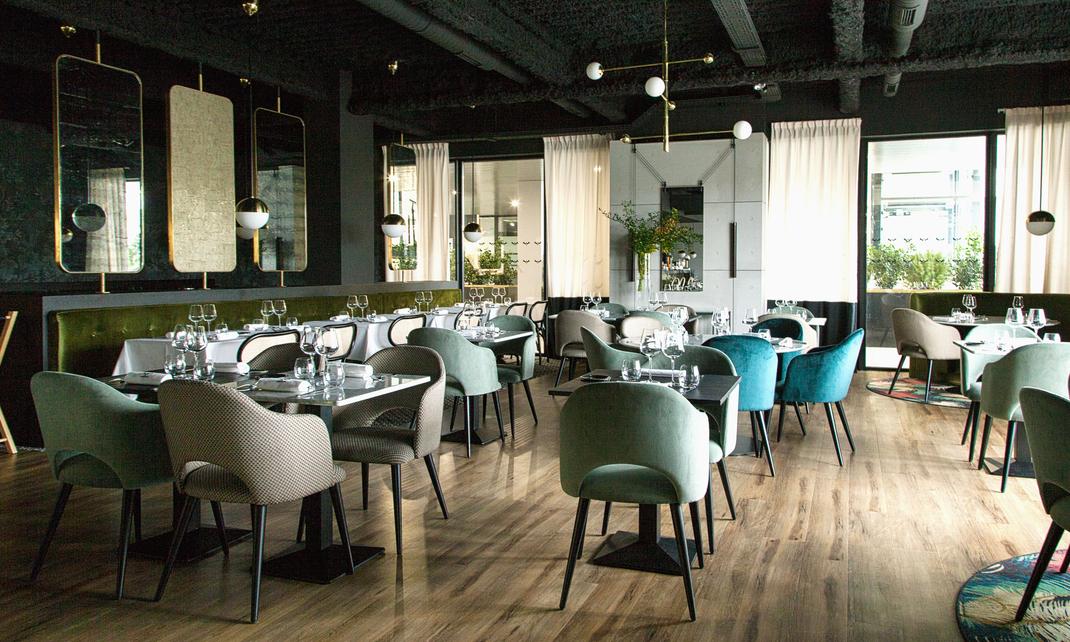 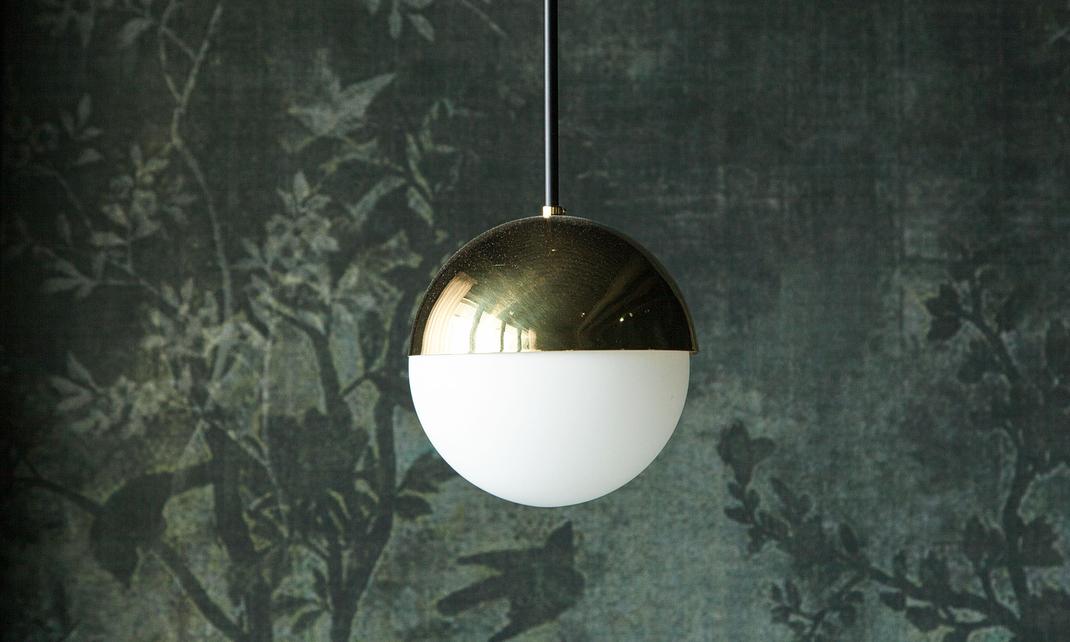 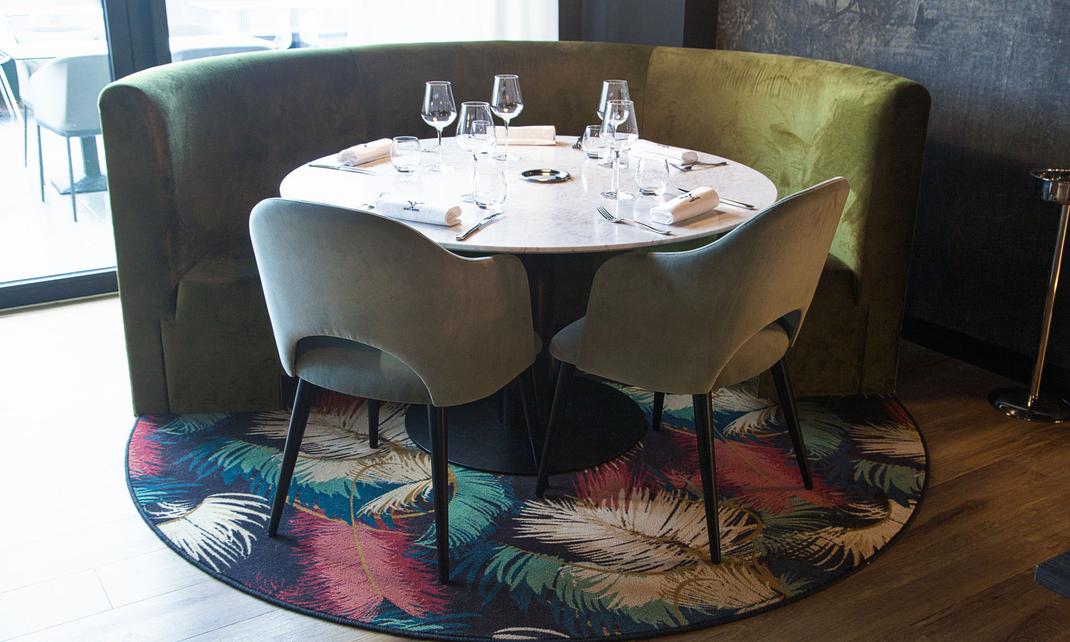 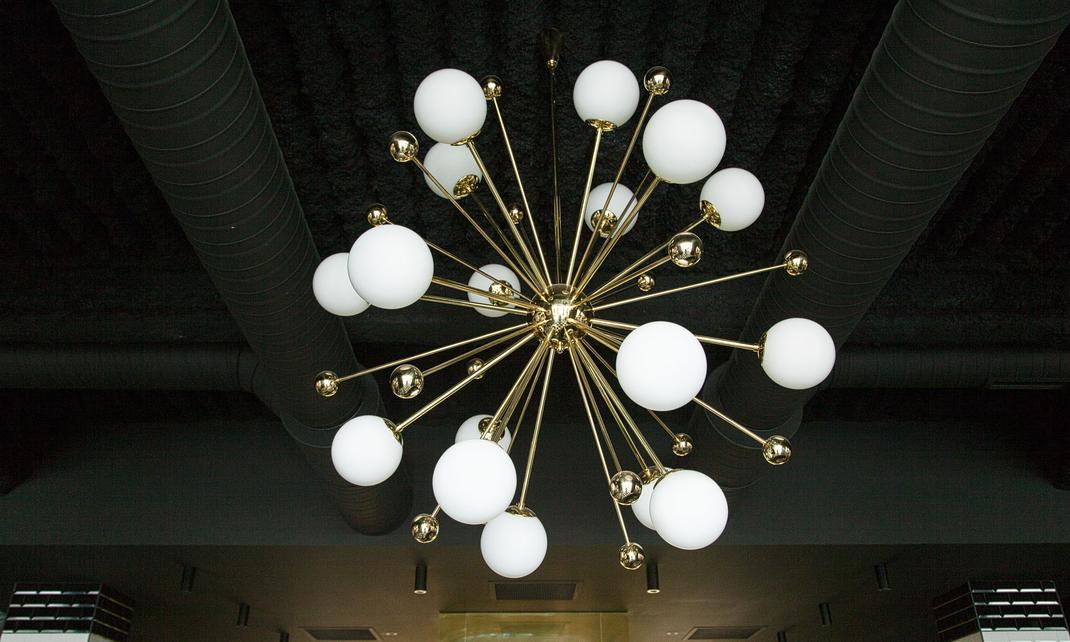 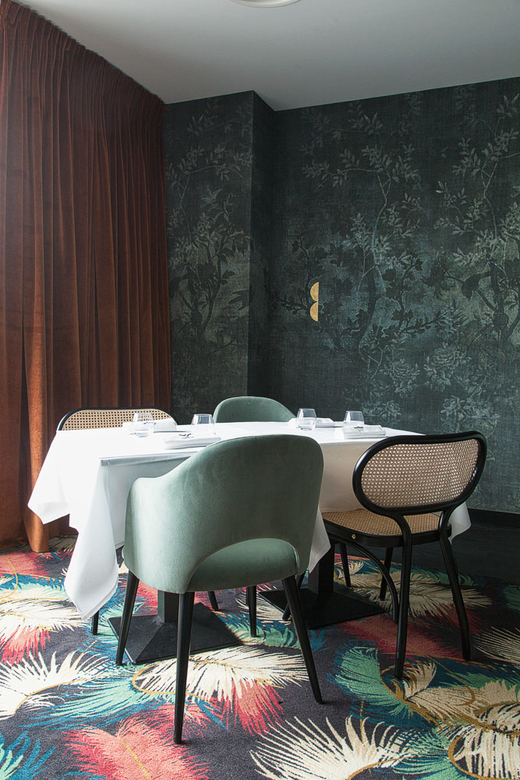 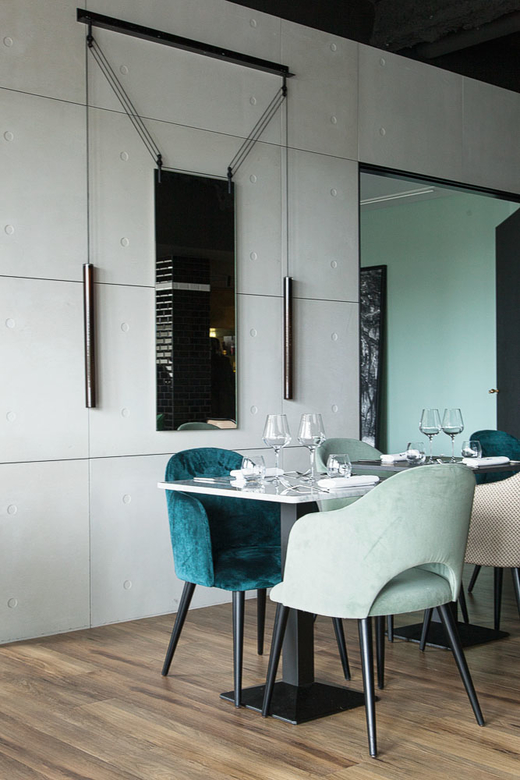 So why did you choose La Forêt Noire (Black Forest)?

Claude Cartier came out with this name. Everything started with the wallpaper by Wall&Deco, “Midsummer Night”, which she loved but had never used before. Here, we are really at the limit of the woods and countryside, so this black forest, a bit dark, spoke to me a lot. Then, I think the idea of having a top dessert in a restaurant is great. We are very traditional and want to work on this dessert in its purest tradition; we are trying not to distort the recipe.

What is on your menu?

We are really into the 100% crafts, from A to Z, so we make everything ourselves. It is something the group has wished since the beginning. We have a rather limited menu we regularly change. We open every day, and during the week, for lunch, there are a dish and dessert of the day, which change according to the tastes of the chef and the supply. Christophe Foulquier and Cédric Berthier, respectively creators of the menu and the cooking in La Forêt Noire, explore traditional recipes, and put emphasis on good taste and elegance. It’s also possible to come just to have a drink, since we offer a series of delicious cocktails, which regularly change. 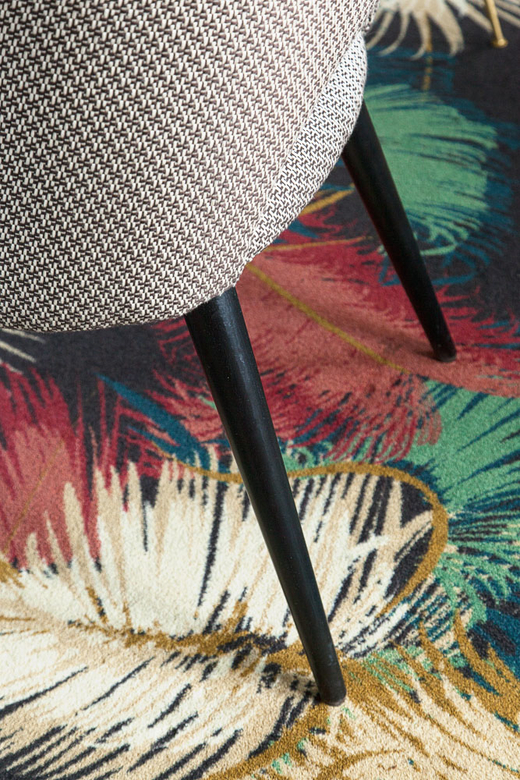 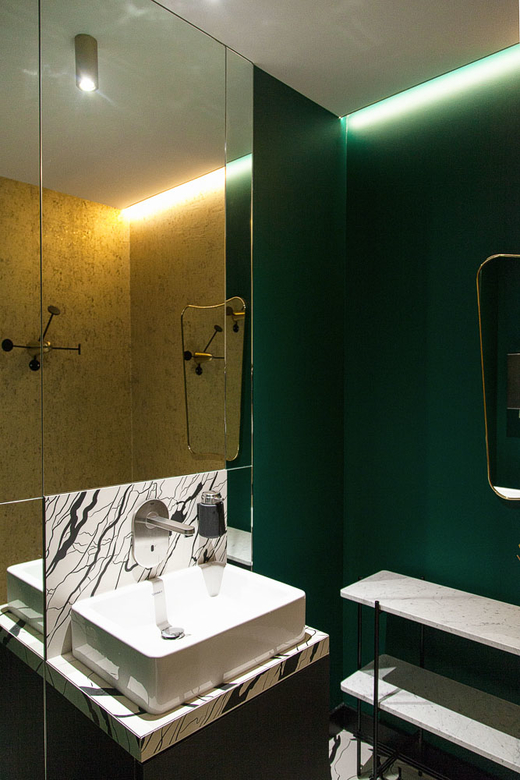 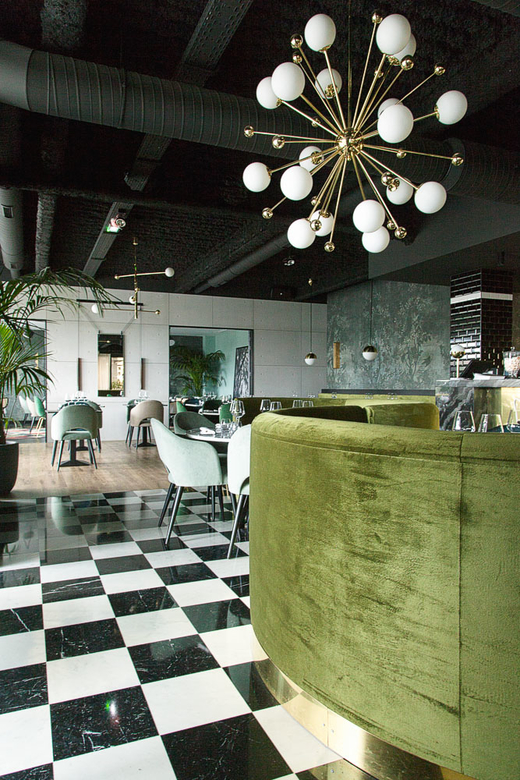 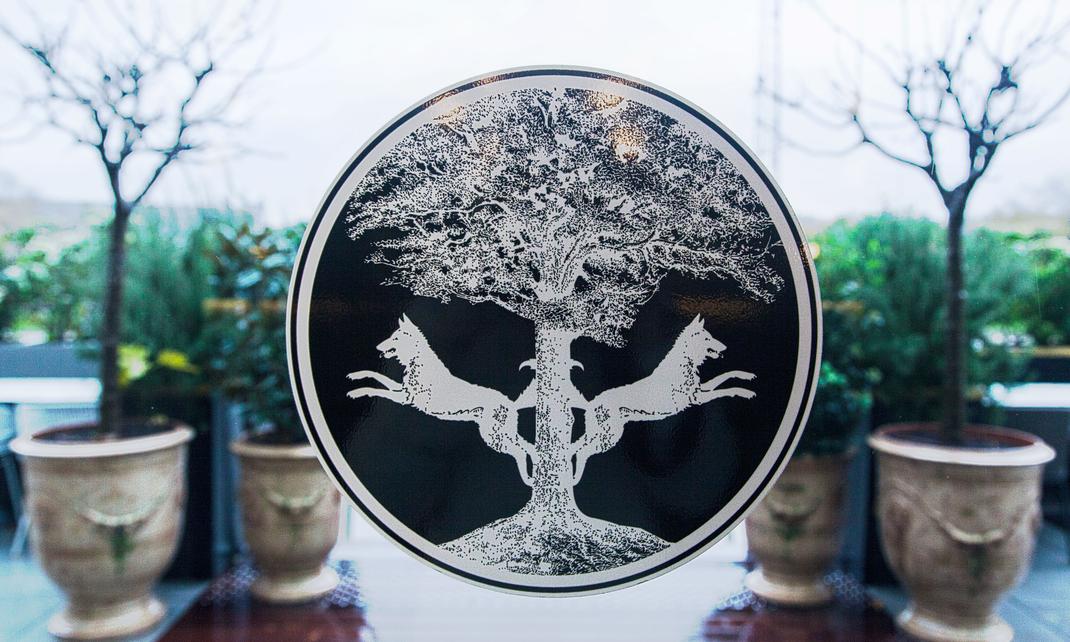 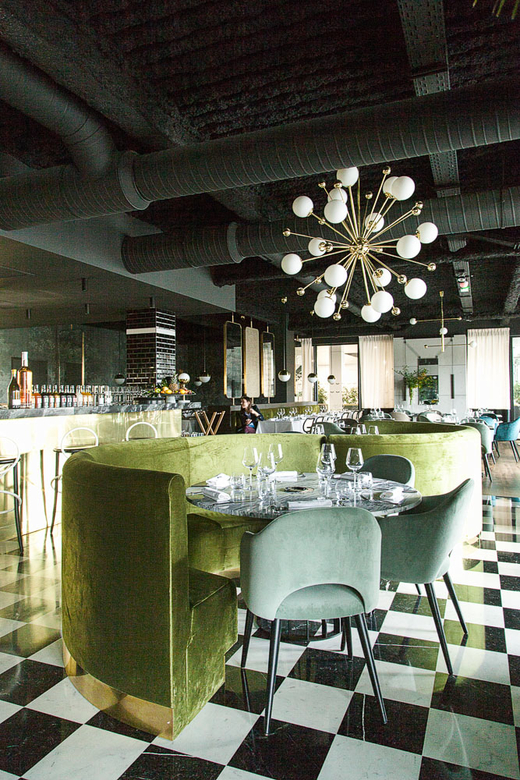 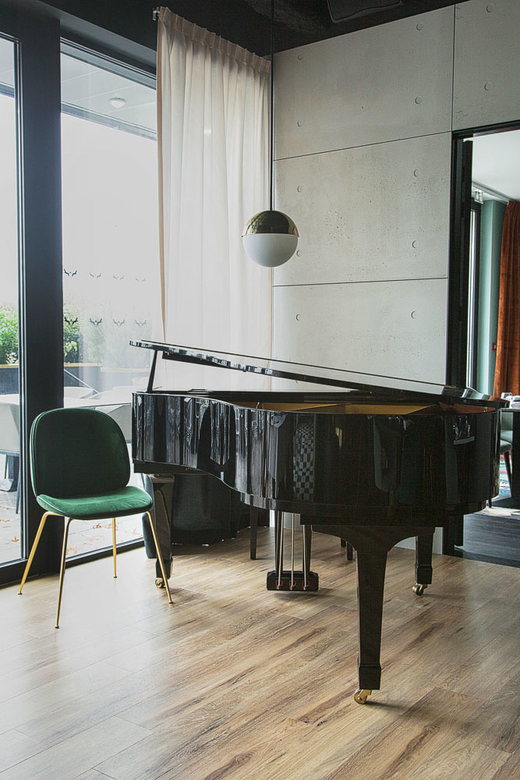 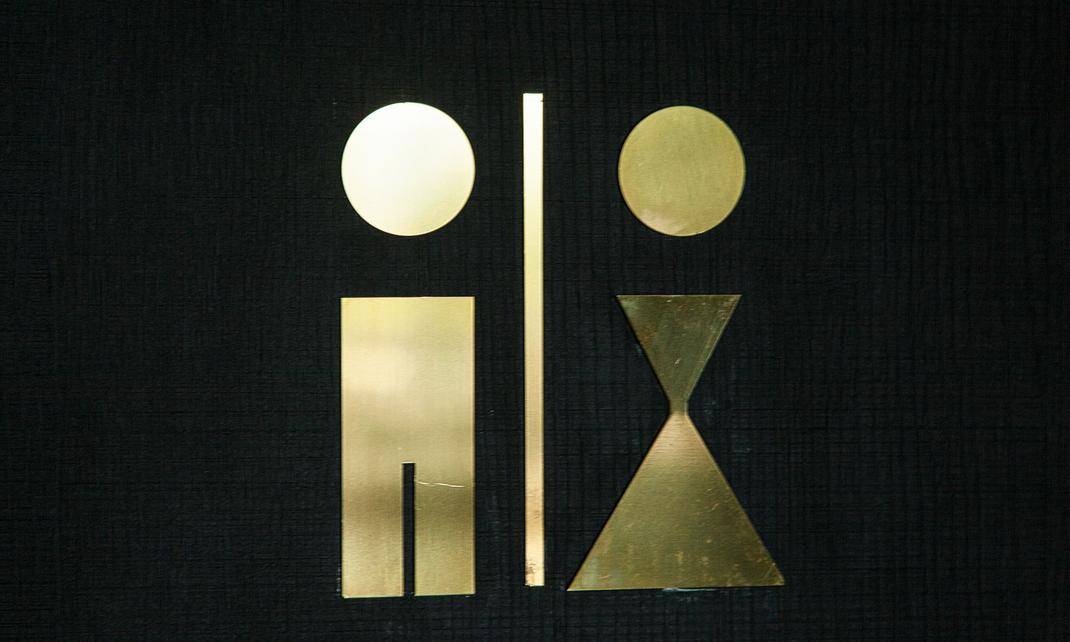 A taste of elsewhere from the moment you push the door open, you have the idea that you have arrived in a slightly faded Cuba. Family...

Inside the My Little Paris Holiday Home

We were going into a decline. We longed for the sunshine and our morale was at rock bottom. We were in despair. And then everything...
City Guide 11/01/19

A stroll through the cellars of Rare...

The story of Maison Rare Champagne, which has just become independent from Piper-Heidsieck, is utterly fascinating. It has developed...