Dynamo, the Pinnacle of Indoor Cycling

So, let’s cut to the chase, efficiency above all, because we no longer have time to waste on line and form. Dynamo is finally coming to France to show us all the colours. By that we mean that you will enter a darkened room, and perch yourself on a bike, the music starts to reverberate, and that’s where it all begins… What could be better than to be able to combine the useful with the pleasant, to get in shape and, above all, to let off steam like never before! This brilliant concept comes to us from New York, the place where everything is tested so that it can be developed elsewhere! In Paris, the adventure begins with a meeting between two young entrepreneurs, Jonathan Garret and Nicolas Chabrier. Both addicted to urban sports and especially fond of new experiences, they picture Dynamo as a place to let go, where everyone will feel at ease. A welcome digression in our lives and a real success for the duo which now boasts four studios in Paris. 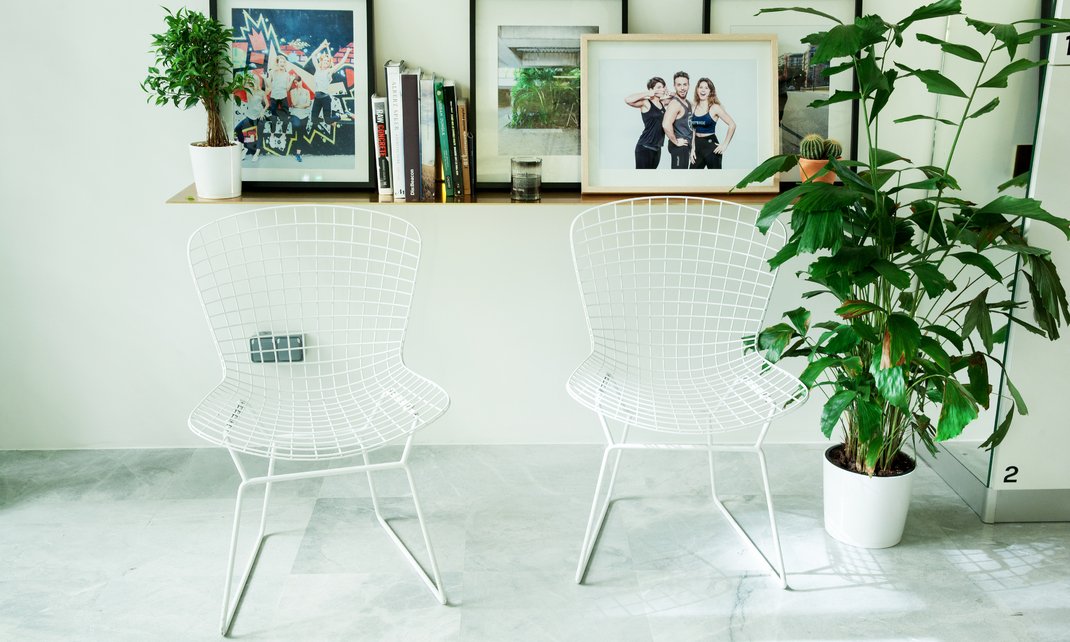 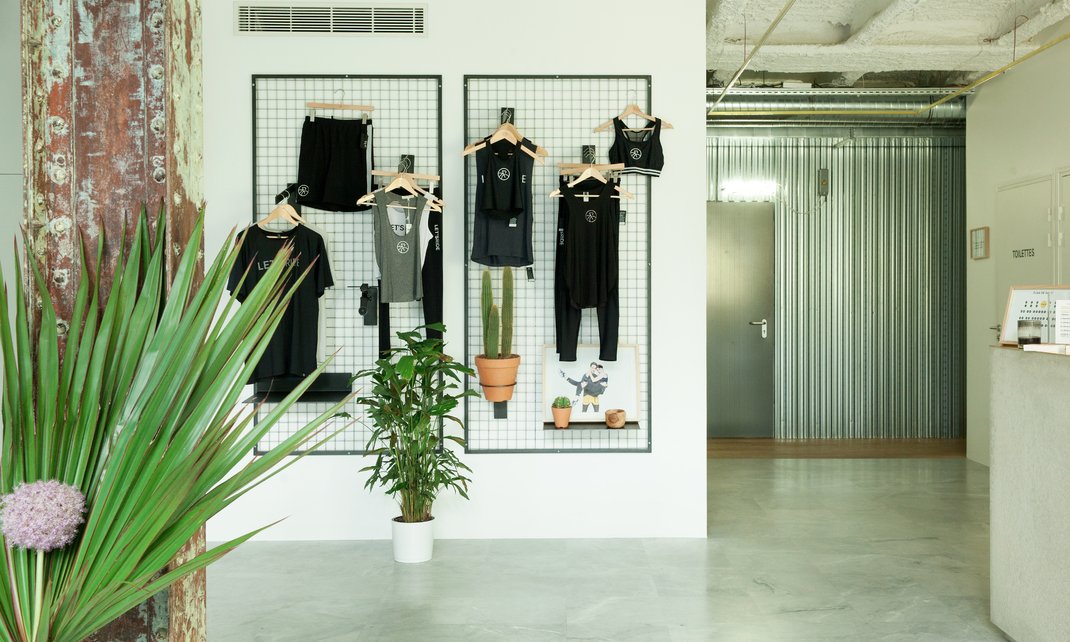 Jonathan, Nicolas: could you introduce yourselves?

We’re two classmates from business school. We’ve known each other for about ten years. After university, we both learnt the ropes in finance, Nicolas in Paris and myslef in London and then New York. We discovered the New-Yorkers’ passion for sport, and for indoor cycling in particular, and the unique places where it’s practised. That’s how the Dynamo project came about, with the ambition to make Paris the new capital of sport.

Could you explain the concept of Dynamo for us? What does it involve?

Dynamo is an intense, liberating, collective cycling class of 45 minutes that takes place in an electric atmosphere and a unique setting. All the classes take place immersed in darkness to the rhythm of music. Our coaches are there to inspire you, each in their own style. There’s no membership fee, you just book and buy your classes on Dynamo.

You offer a wide variety of classes, including cycling yoga, can you tell us more?

Every session is unique all give you a taste of the Dynamo experience. Each coach brings their own kind of music and lifestyle to the classes they give. There’s a different music theme each week, some longer 60 minutes session and our popular Yoga Ride classes. Lisa is the Dynamo coach who’s passionate about Yoga. She’s created sessions that mix the two, with motivational guidance and gentler music, before ending with 15 minutes of yoga movement on the bikes. 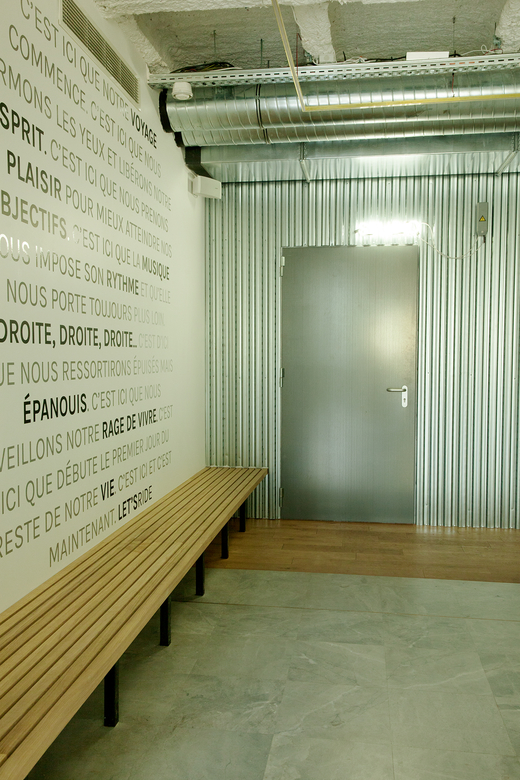 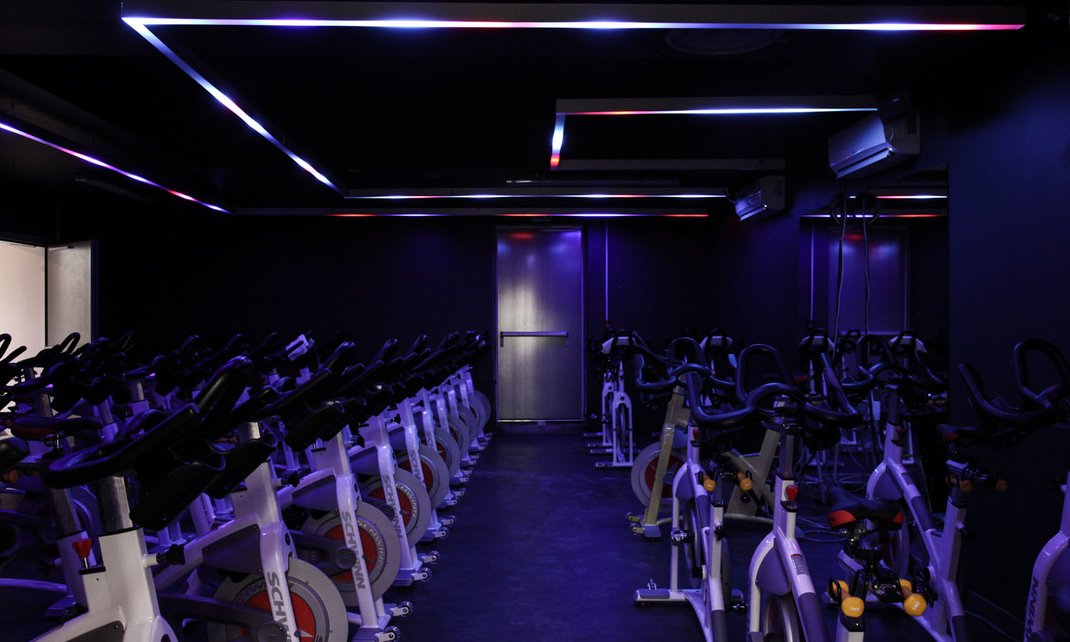 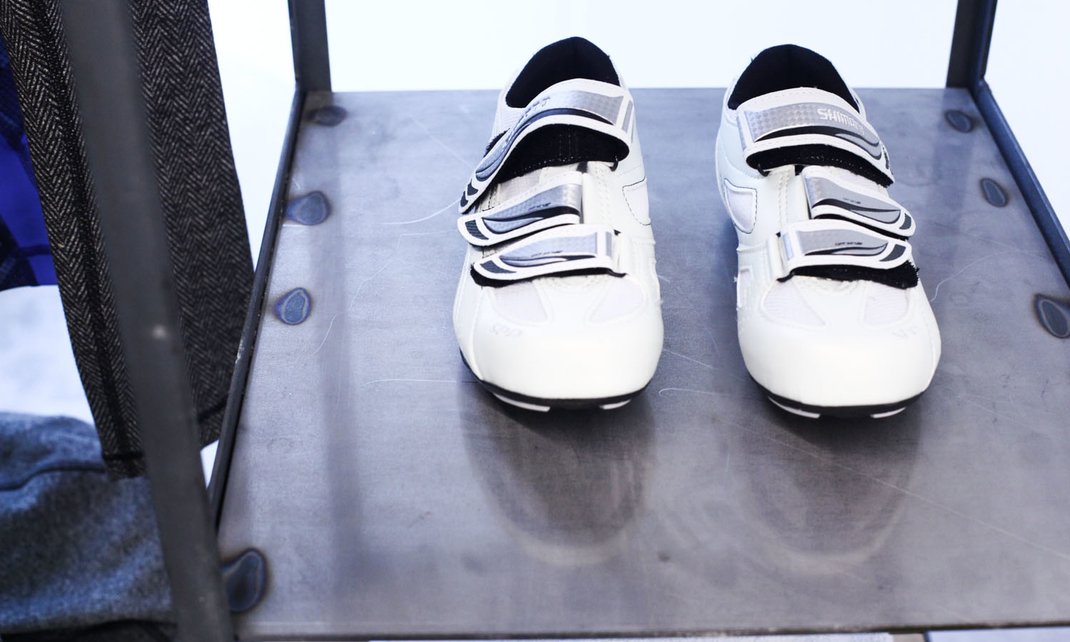 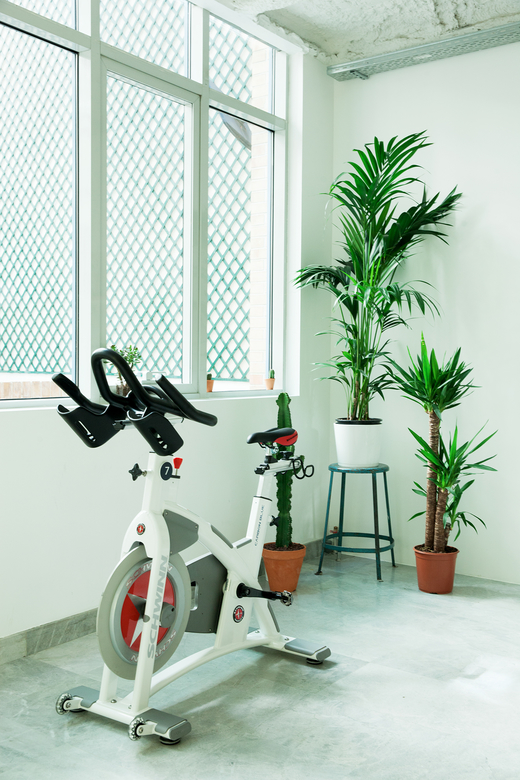 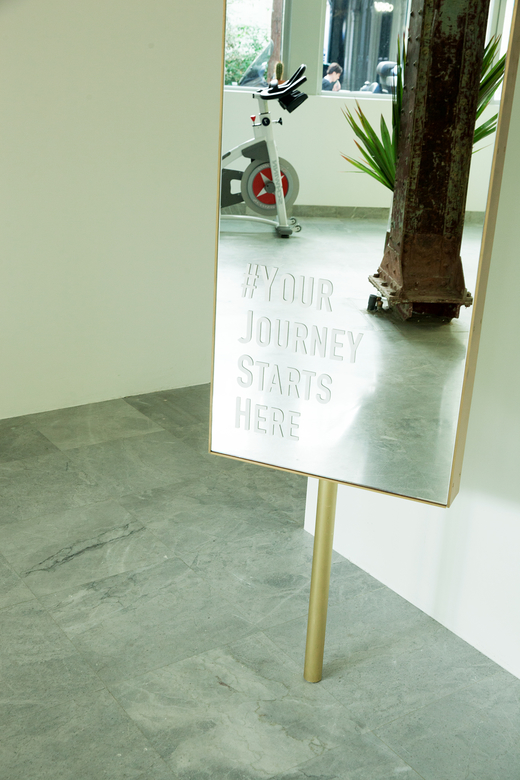 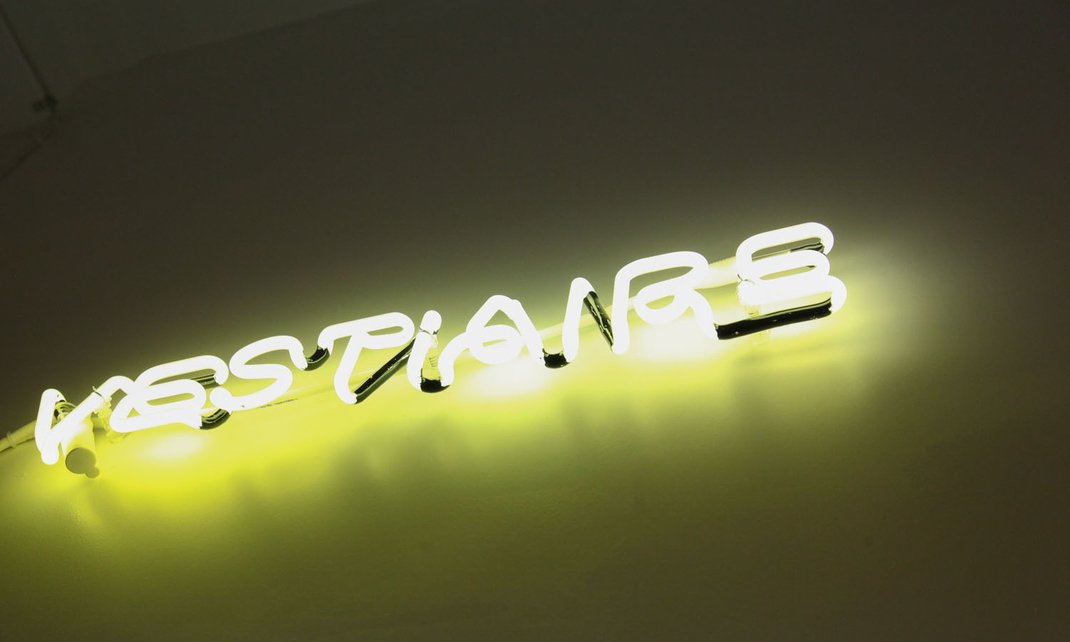 What are the benefits?

The experience we offer works the entire body: the lower part of the body, the heart and the upper body (via muscle strengthening, weight exercises, and choreographed movements). The whole body is toned harmoniously and you can burn up to 700 calories per session. On top of the physical aspects, Dynamo classes give people a chance to let off steam during the day. We want to offer an energising experience which enhances everything else you do.

Who is Dynamo for?

Our experience is open to everyone, whether or not they’re serious athletes. Our clients are just ordinary people like us who are inquisitive and dynamic and who want to take part in sport in a different way!

Your decoration makes a pretty bold statement. What was your vision for the design?

Neither of us had a background in the world of fitness, anything but, so with Dynamo we wanted to break the mould and make our studio an inspiring and welcoming living space, unlike any other venue. That’s why we went looking for a young architect with an unconventional style, Felix de Montesquiou, (founder de DAS studio) and asked him to transform our first 360m² studio, a former printworks, into a unique space. He also designed out Lafayette studio, which has just opened one year ago on Rue Chauchat in the centre of Paris. We wanted a deconstructed, vintage style to create an inviting atmosphere. We’ve already had a few passers-by dropping in to ask if it was an interior design shop! 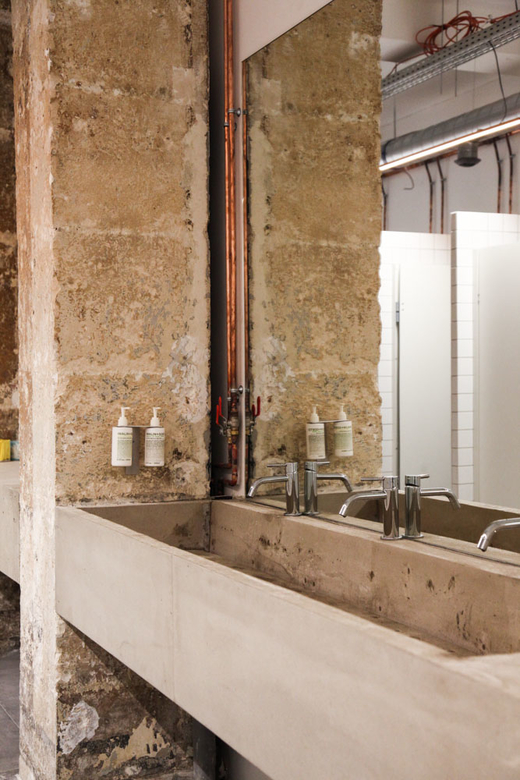 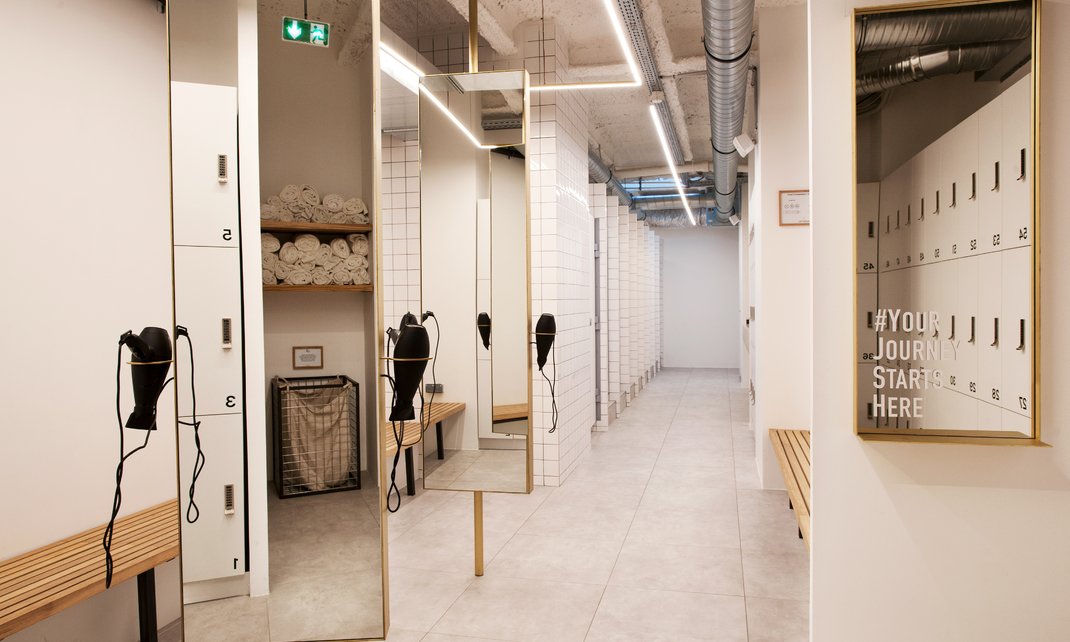 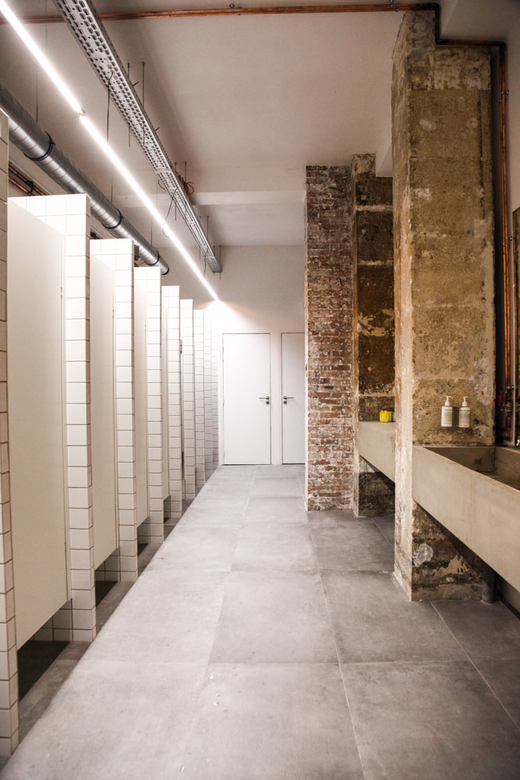 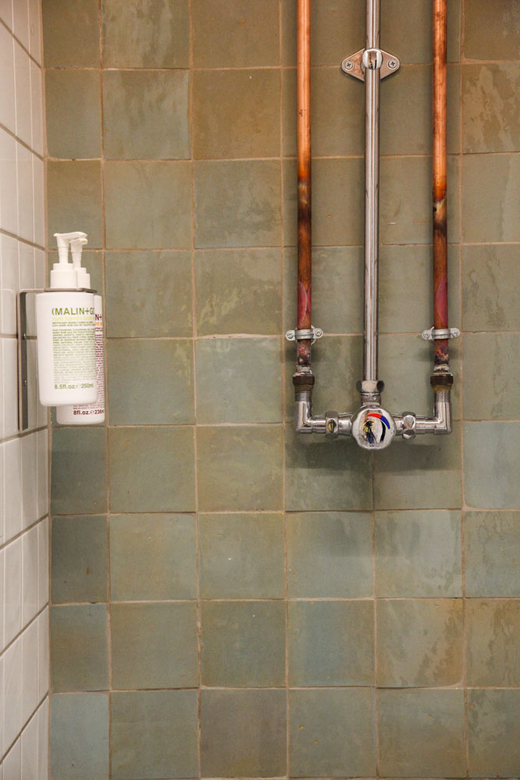 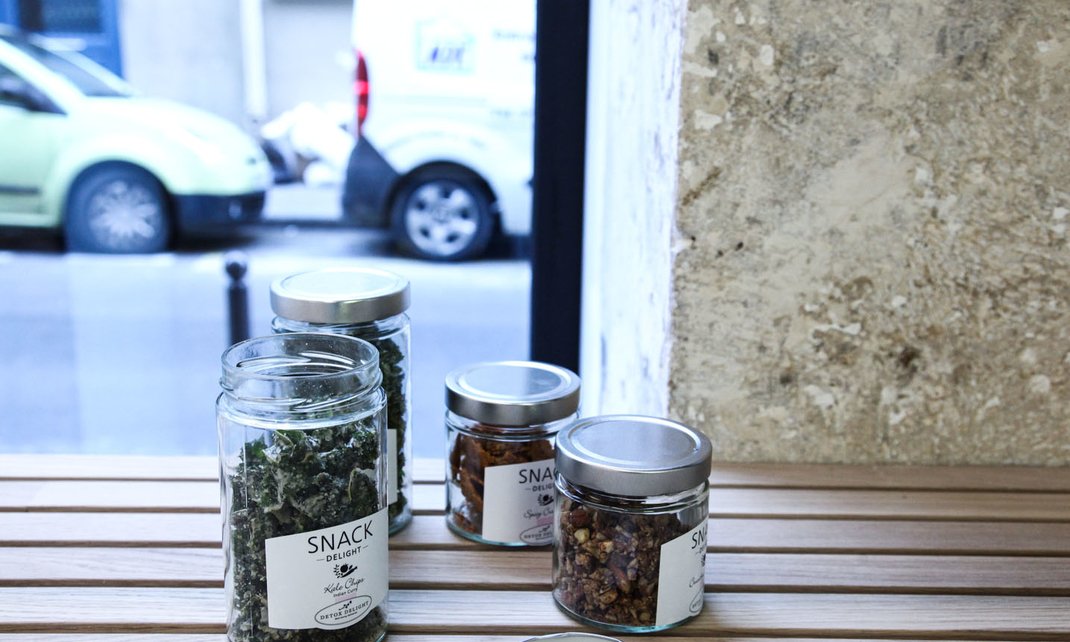 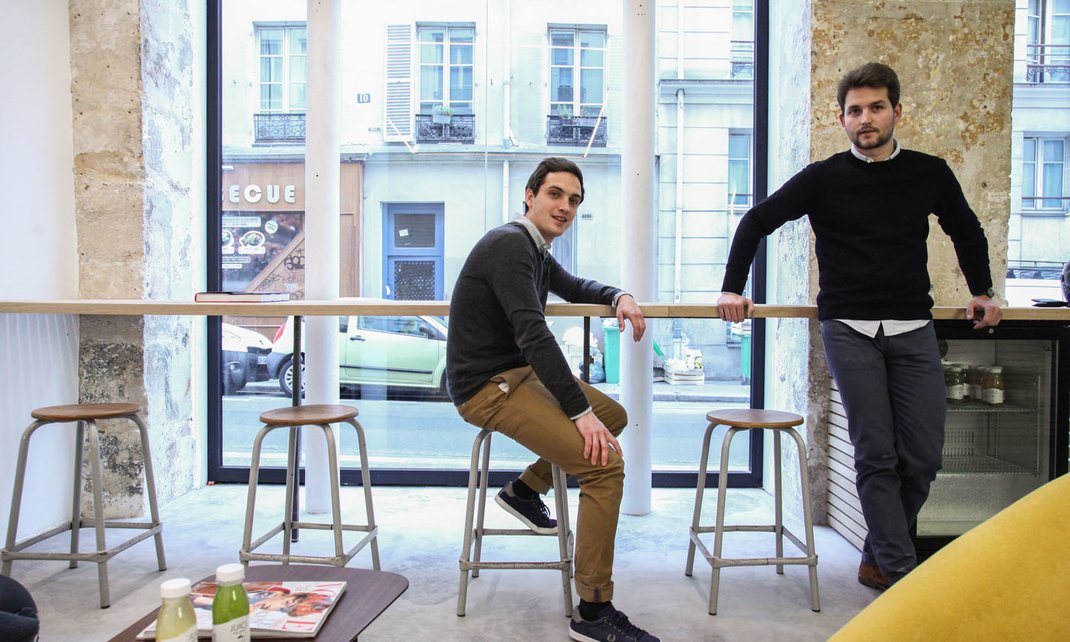 Between the Plaine des Maures and the Gulf of Saint-Tropez, a UFO has landed. A facade embellished by a lime finish emerges from a...

Belle Maison, the Sea in Paris

Ile d’Yeu has brought luck to Franck Baranger and Edouard Bobin. The two partners behind the flawless neighbours Caillebotte and...

When you step into Balagan, located on the ground floor of the Hôtel Renaissance Paris Vendôme, the greyness of Paris seems to... 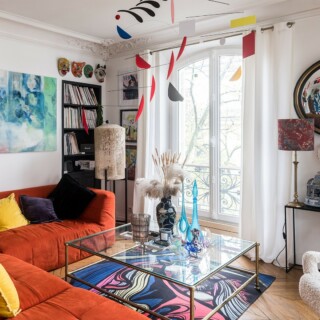 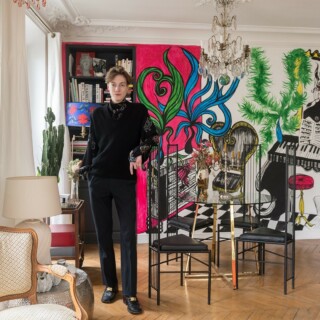 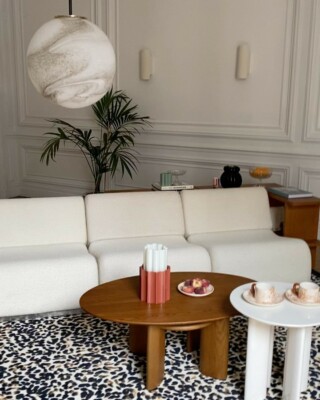 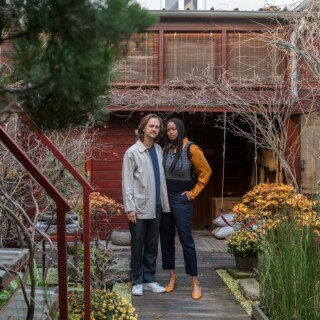 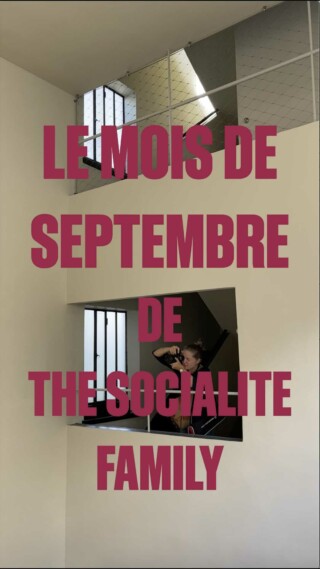