Claus, the House of Breakfast

After Claus – the parent company – and Claus – the delicatessen – welcome to Claus, on the left bank! Inspired by the already cult address in Rue Jean-Jacques Rousseau, this self-proclaimed Kaffeehaus celebrates breakfast from 8 am to 5 pm. In a decor designed by Fabrizio Casiraghi, people are flocking to taste the many specialities devised by Claus Estermann. The Bavarian-born entrepreneur has made it a point of honour to enhance the specialities of his childhood and reinterpret them for modern tastes. Müesli, succulent hazelnut and cinnamon brioche, pfannkuchen and homemade roesti with smoked salmon: for lovers of sweet and savoury alike, Claus has established itself as a true refuge for foodies. Being able to seat up to 26 people, the three spaces designed by the Italian interior architect are the epitome of the Viennese tradition – the owner of Claus, having lived in a village next to the border between Austria and Germany. Big mirrors, powdery velvet seating and a huge trolley weighed down by cakes are there to remind us that the experience we are about to have will be like no other. Claus has established its foundations in shades of white, enhanced by a combination of textures and Art Deco inspiration (the young Italian designer is said to have based the look on a photography of a kitchen at the Stoclet Palace). Foundations of a concept of quality that will not cease to develop over the coming years. 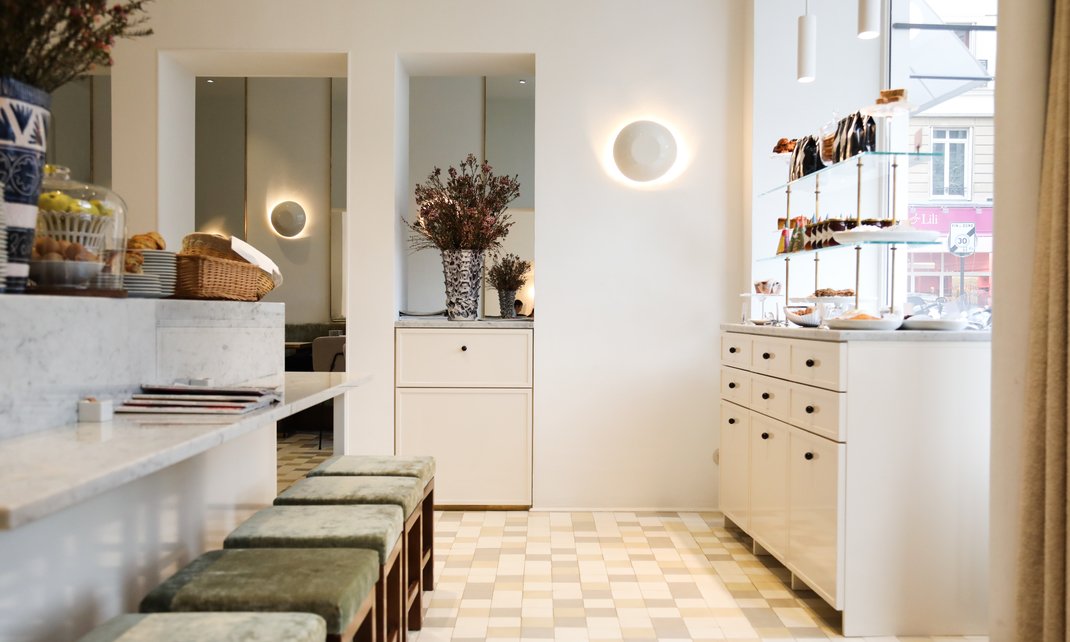 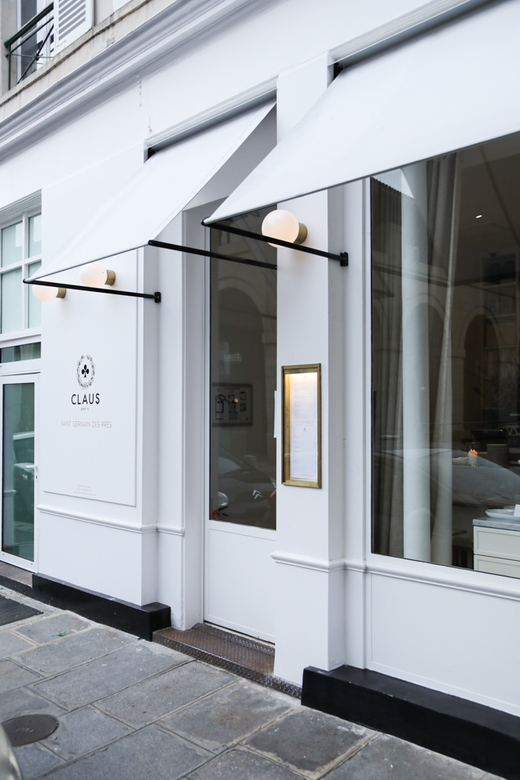 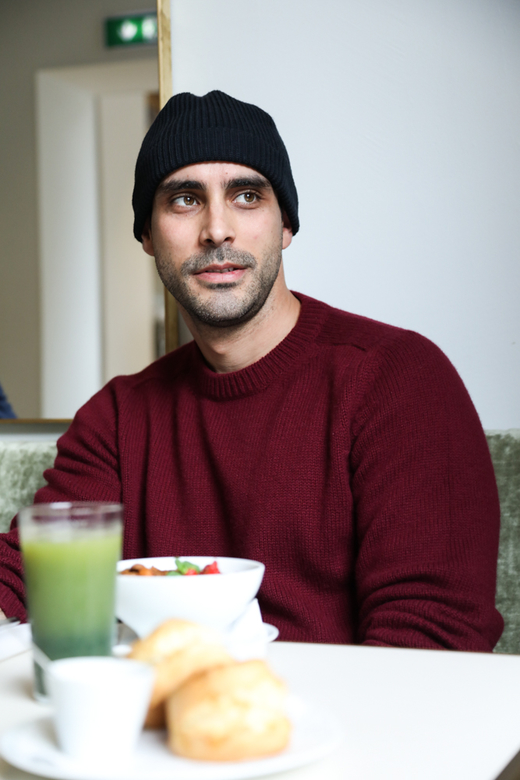 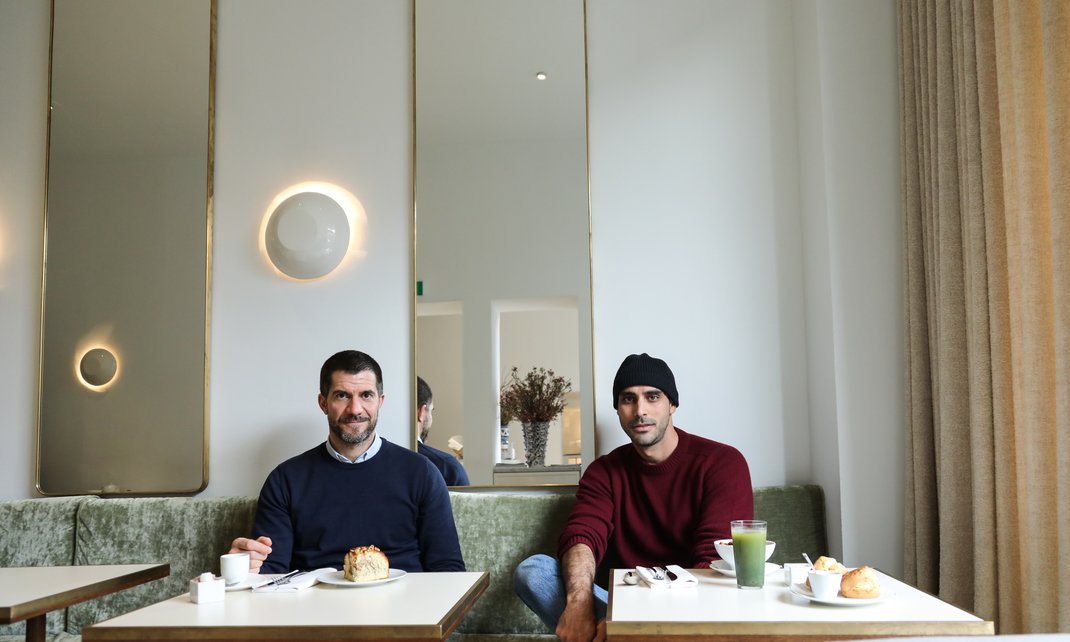 Claus, Fabrizio, could you tell us about yourselves?

My name is Claus Estermann, and I’m 45 years old. i was born in Bavaria, but I’ve lived in France for 24 years.

Two years ago, I opened my own interior architect’s studio in Paris. Over these last two years, lots of projects have followed, including the Cassio restaurant in Hong Kong, a number of properties for Trudon, the new concept for Kenzo stores, an Aurélie Bidermann store, an apartment in Venice, and others that are still in progress.

How would you define the style of your tearooms?

Our properties are a kind of hybrid. They are positioned between restaurants, tearooms, and coffee shops. The German expression, Kaffeehaus, seems to be the most accurate: a place where you can have breakfast or lunch, or just stop for a drink at any time. You can go there alone or with company, to eat quickly, for a date or just to relax for a moment. Our positioning straddles lots of different standards within the restaurant industry. We have muesli to die for, a hazelnut-cinnamon brioche, Bavairan Pfannkuchen pancakes and our home-made smoked salmon roesti.

What sort of customers do you attract?

It’s very diverse, but most are women, generally aged between 30 and 60. They are a mixture of Parisians, expats, and often foreigners who are working in Paris. Guests chez Claus come in groups of friends or as couples or family groups. We attract two types of customers: those who are into healthy eating, and those who are passionate about the food. What brings them together is their love of a good breakfast. 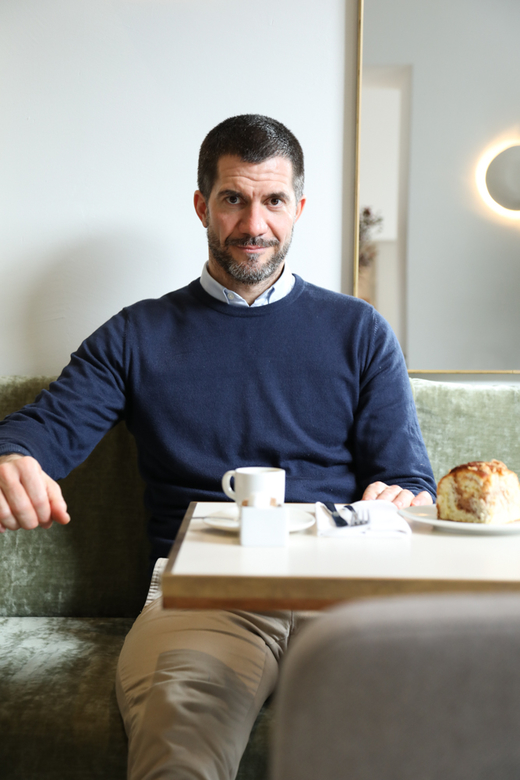 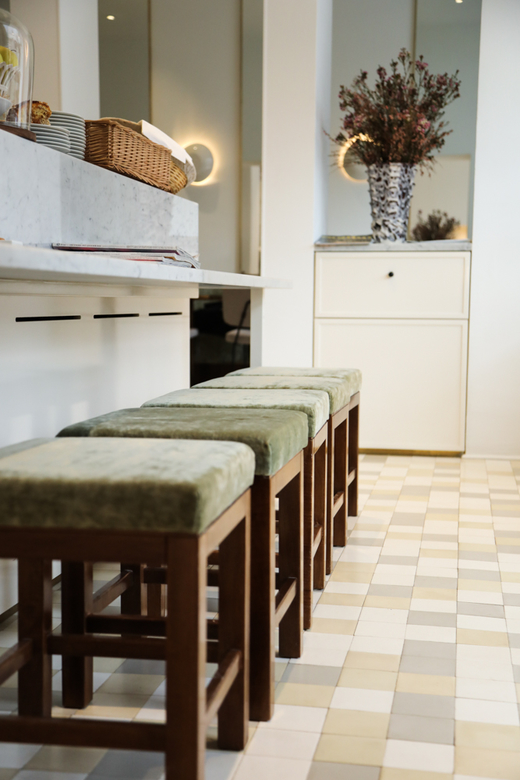 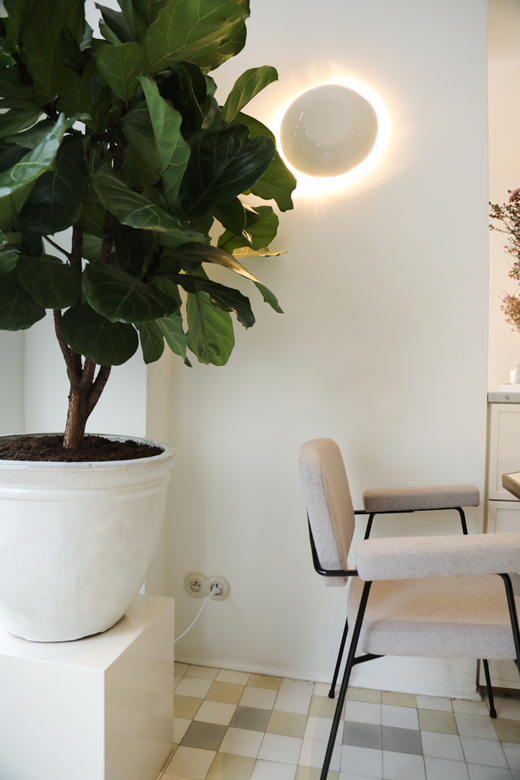 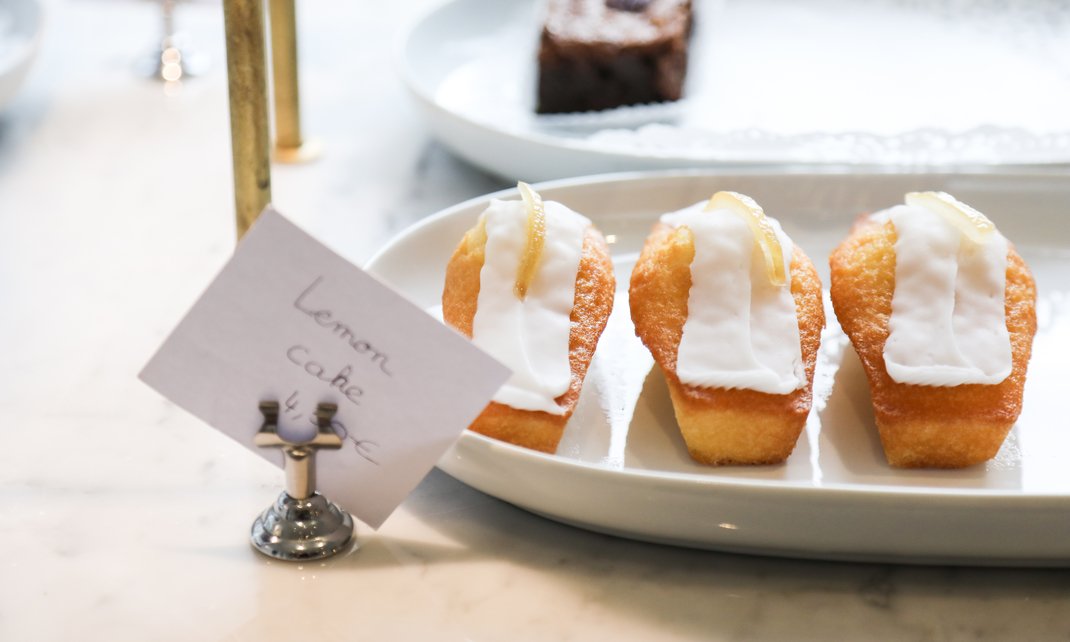 Why did you ask Fabrizio Casiraghi to work on your second property?

I have been following Fabrizio’s work for a while, because I like his minimalist, simple, yet eclectic style. I thought he’d be perfect to reinterpret the unique style and atmosphere of our original site on Rue Jean-Jacques Rousseau. When we met for the first time, there was an instant spark. He’s very good at listening to his client, understanding the requirements, translating them into the design then adapting them into the finished product. We often had the same things in mind, so everything was actually pretty straightforward.

Fabrizio, what was the brief for the interior design?

The idea was to have a common thread with the first property on Rue Jean Jacques Rousseau. I wanted to take the founder’s German origins into consideration, growing up in a village close to the Austrian border. I wanted to create a café that was firmly rooted in the Viennese tradition: large mirrors, velvet seating, large sideboard with cakes on display, as well as a more contemporary Parisian café, featuring lots of white areas and bespoke, handmade ceramic tiles. It must be said that it was a fairly intuitive experience for me, and I also have Austrian roots on my mother’s side.

Was it the first time that you had worked on a tearoom?

Yes, it was a first for me Last year I renovated Le Café de l’Esplanade, a Parisian restaurant, and for the Cassio project in Hong Kong, it was a project to create a restaurant-club concept from scratch. Claus is, therefore, a milestone in my career progression. It was the chance for me to create something completely new which, I must admit, is quite rare today: a tearoom dedicated to breakfast.

Where did you get your inspiration from?

It all started with a photo of a kitchen belonging to the Stoclet Palace in Brussels, designed by the Austrian architect, Josef Hoffmann. I loved the atmosphere that combined warmth and elegance, which made it the perfect starting point for Claus. 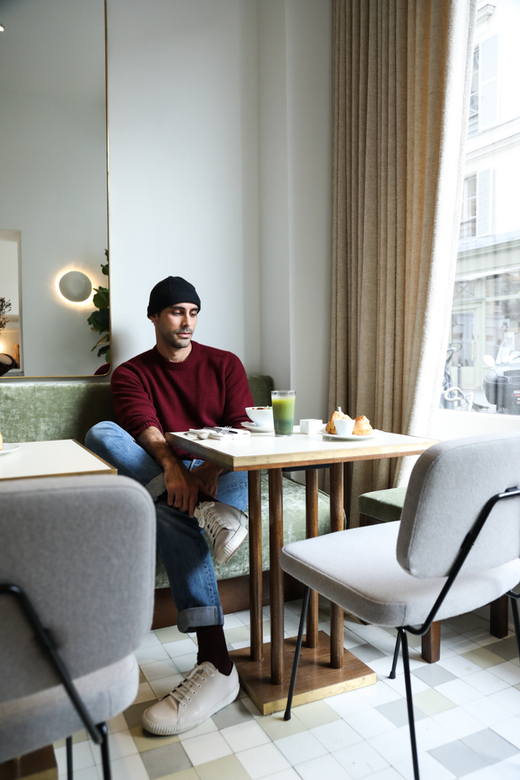 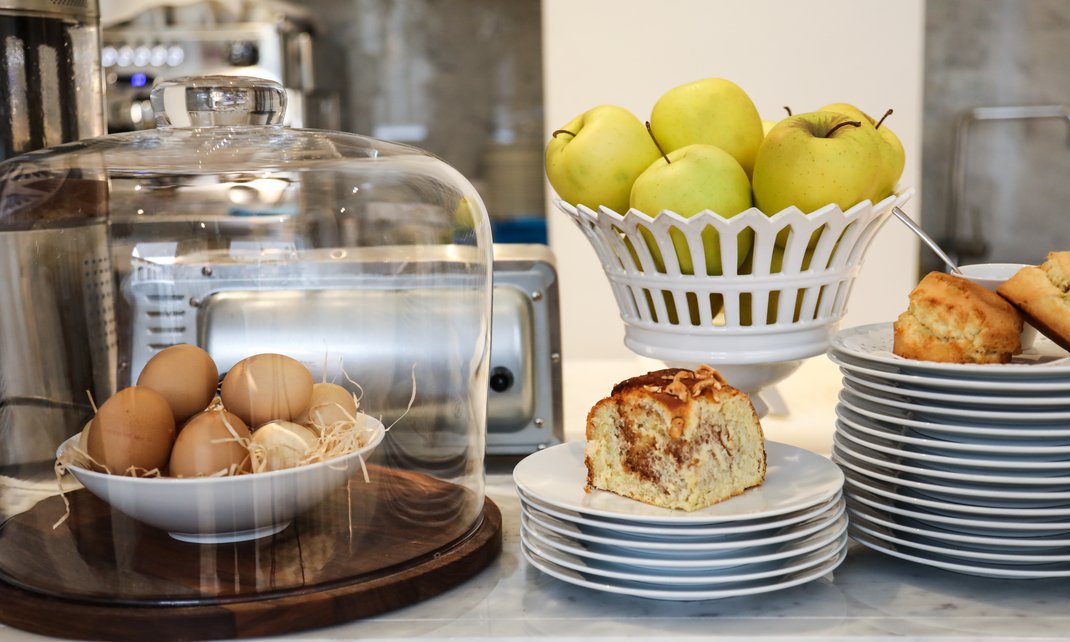 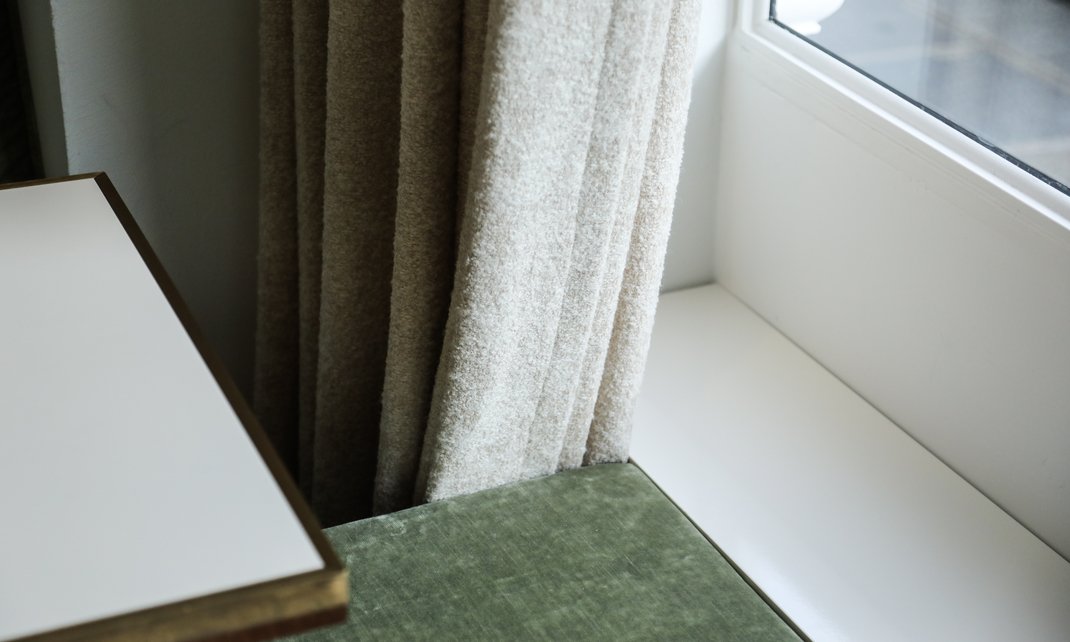 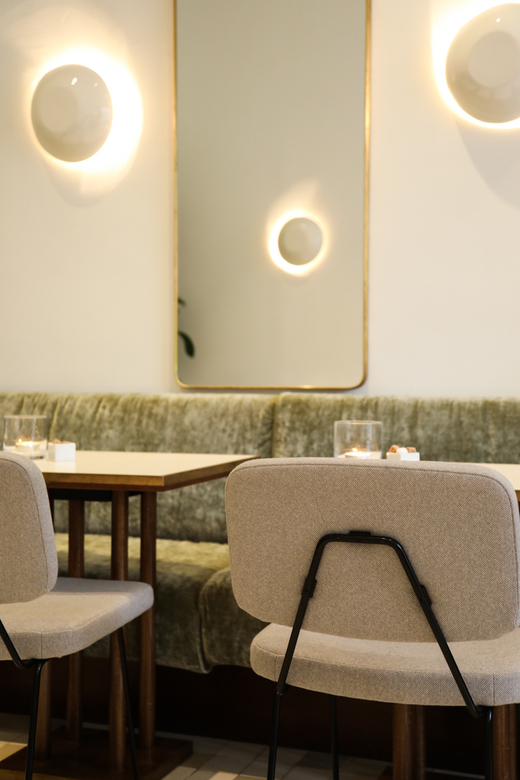 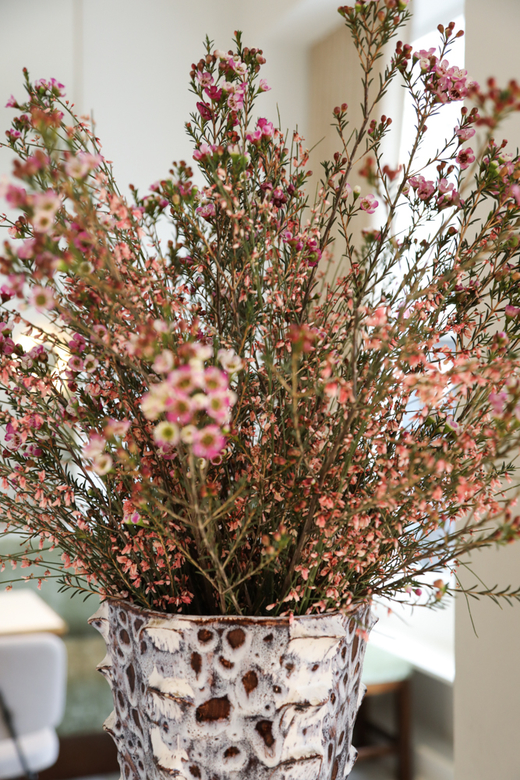 Even though I have my own personal preferences, I’ve tried to adapt a new colour palette for each place and each project. For me, off-white was an obvious choice, with light shades that represent Claus‘s identity. In my view, materials are as important as colour choice: a texture and a finish can make a big difference to a simple “white” wall.

What are your favourite materials at the moment?

I grew up in the Milanese tradition, so brass, green marble and fluted wood are part of my DNA. In my work, I like to mix traditional materials such as straw, particularly on the walls, with light bamboo, raw silk, and lacquer to create a sober, measured balance.

In terms of interior design, what would be your creative dream come true?

At the moment, I dream of refurbishing a Roman palazo or a holiday home on Capri!

Claus, do you have any other plans to open new venues?

We don’t have any desire to define a five-year growth plan with a target to open a certain number of venues. Our mission is to offer a high quality breakfast content in a very specific context to a particular standard. We’ve got plenty of other things to do. 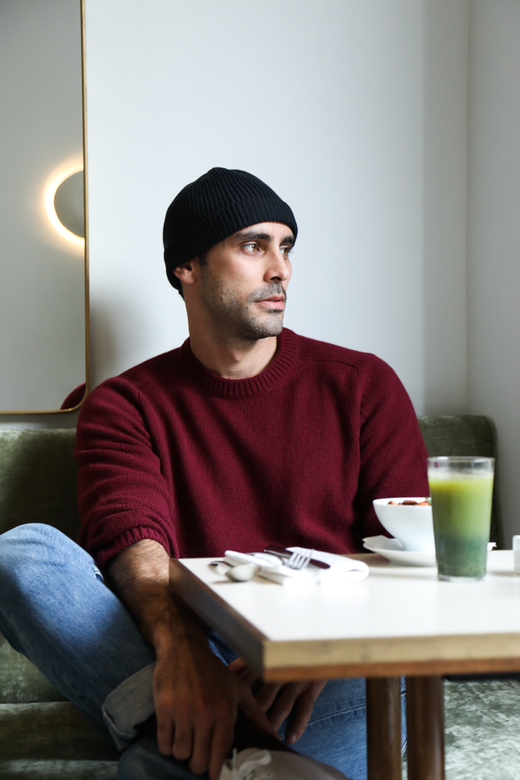 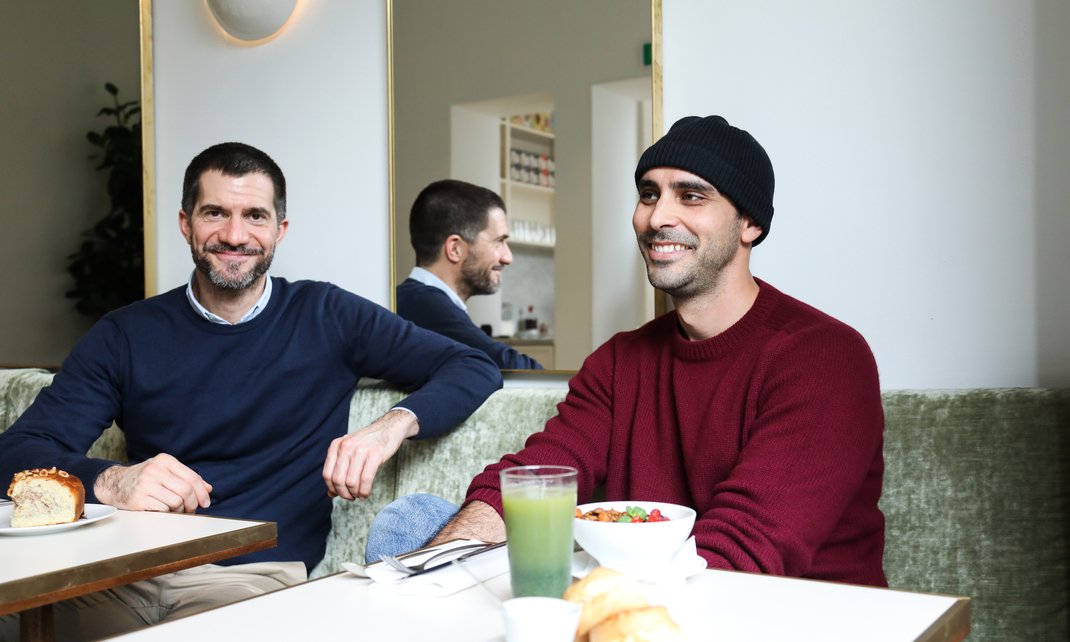 For me, off-white was an obvious choice, with light shades that represent Claus's identity. 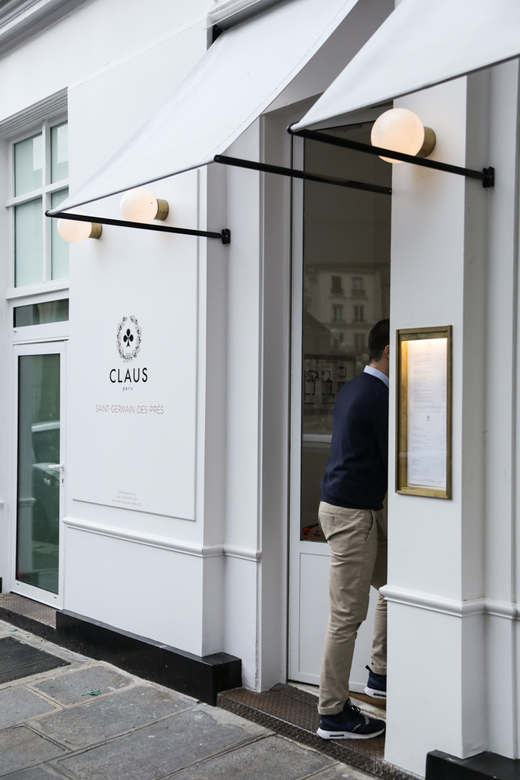 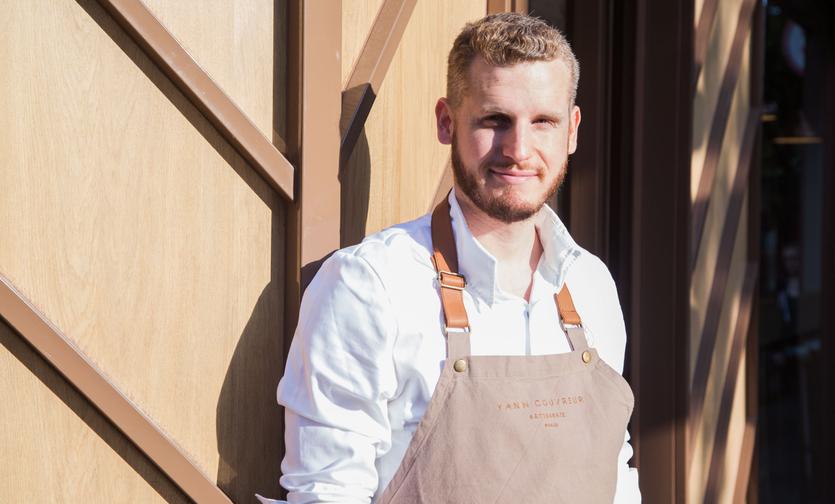 Midway between a pastry shop and a tea room, in the 10th arrondissement of Paris, lies a new haunt for those searching for tastes of the gourmet. Yann Couvreur, a young patisserie prodigy quit the office life to open the Goncourt shop he had been...

Aime, a Story of Love and Jewelry

First and foremost, Aime is Magali’s story. A sunny woman with a zest for life who turns everything she touches to gold. From her time...

In the flower trade they call him “Thierry the Firecracker” or “The Colourist”. Two nicknames that suit Thierry Féret down to the...

Midway between a pastry shop and a tea room, in the 10th arrondissement of Paris, lies a new haunt for those searching for tastes of the...

RUE DU BAC J-2 I Save the date ! Rendez-vous mardi