The Socialite Family
0
OUR NEWS ARE ONLINE. DISCOVER THE SOCIALITE FAMILY'S COLLECTION OF FURNITURE, LIGHTING AND DECORATIVE ACCESSORIES ON OUR ESHOP >> 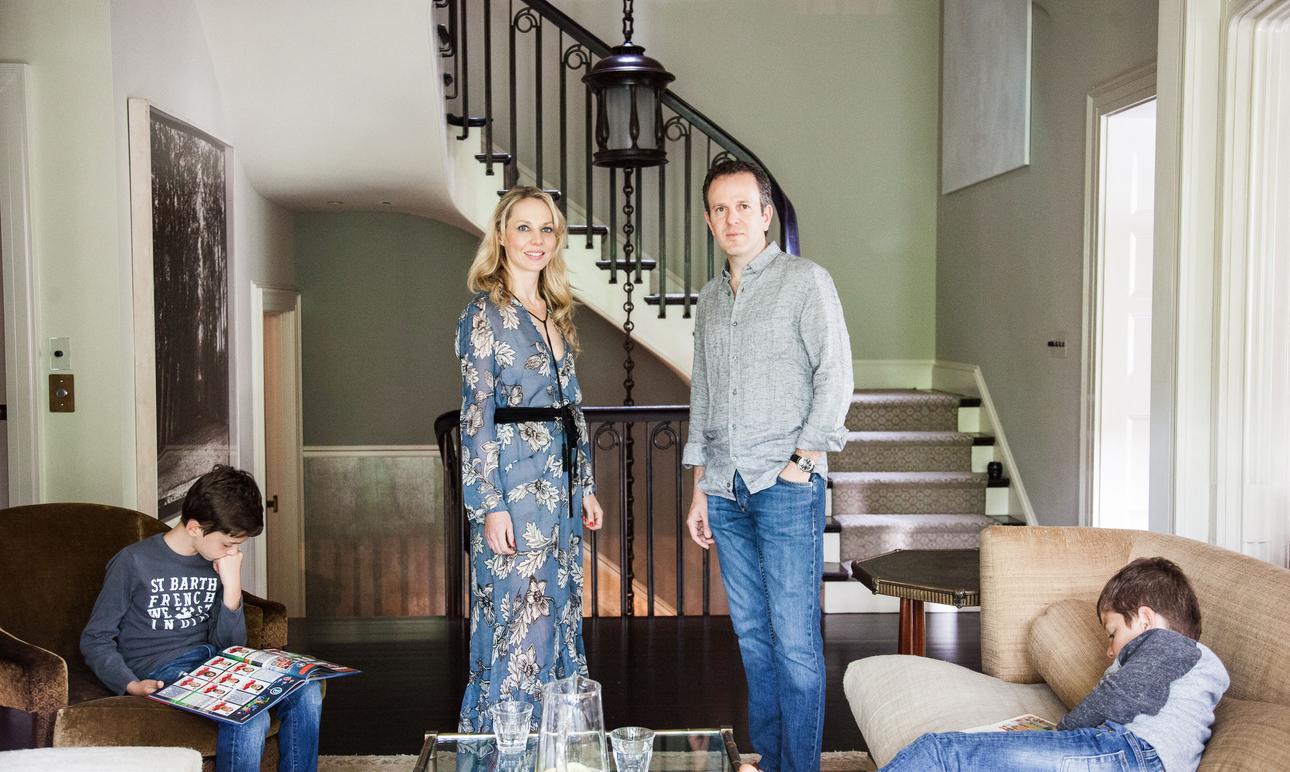 In New York, the Hollywood Regency Restyled in Detail.

Amira Salaam Amro lived several lives before settling down in New York in 2002. Raised during trips between Dubai, Geneva and very quickly America and its most prestigious universities, the Lebanese woman was nourished with influences. They are what forged her character: a serial entrepreneur with one foot in cycling and the other in fashion. A woman that we cannot help but admire due to her genuine simplicity beyond appearances and whose ultimate joy is being a mom. Today, these same influences are perceptible in an entirely different way through touches in her house. Details are particularly important for Dean, her husband. According to him, “They can change everything and give a particular style to an interior or an architecture.” A finding which came after years of impartial influence on real estate in the American city. Moreover, we willingly believe Dean. In fact, it’s hard not to when you look more closely at their decoration. Especially when we behold the carved ceramics by Fernand Léger – which appear in touches of primary colors during our exploration – or the oriental rugs that punctuate the floor. It’s all in the details. Even if, at first, it all rather seems to look like a perfectly executed demonstration of the American Hollywood Regency style. Precious, down to the choice of materials used. Impressive, even in the use of the volumes. An illusion which is quickly broken since life at the heart of this house with an incredible garden at only a short walk from the High Line in Chelsea, is anything but stagnant. 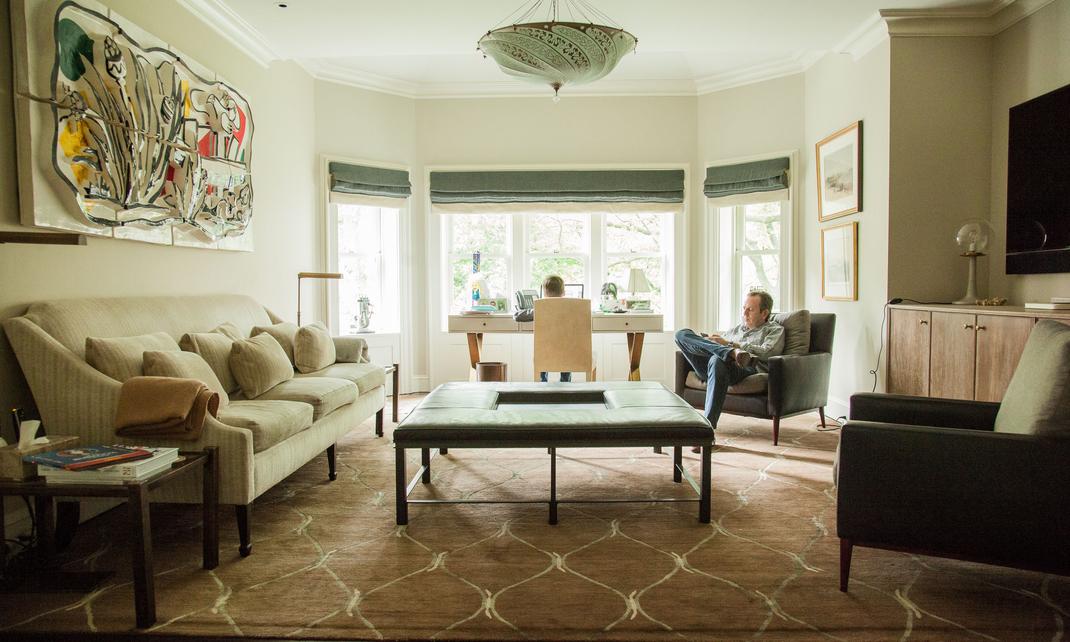 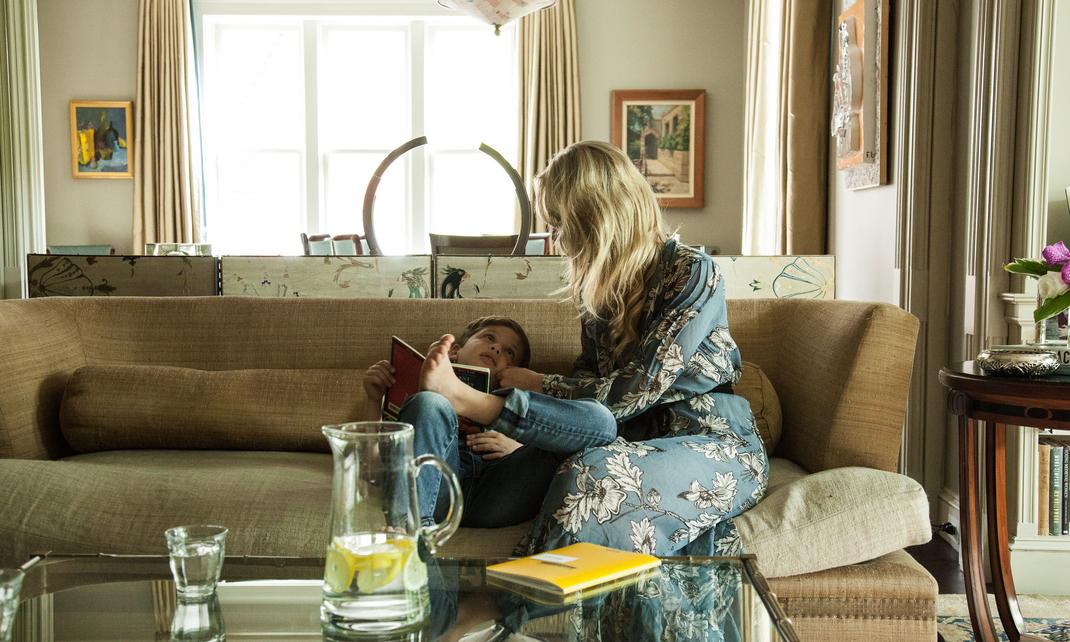 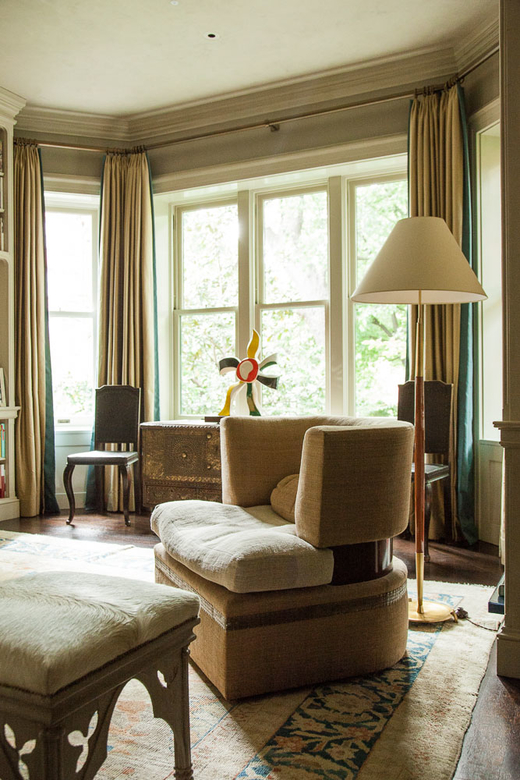 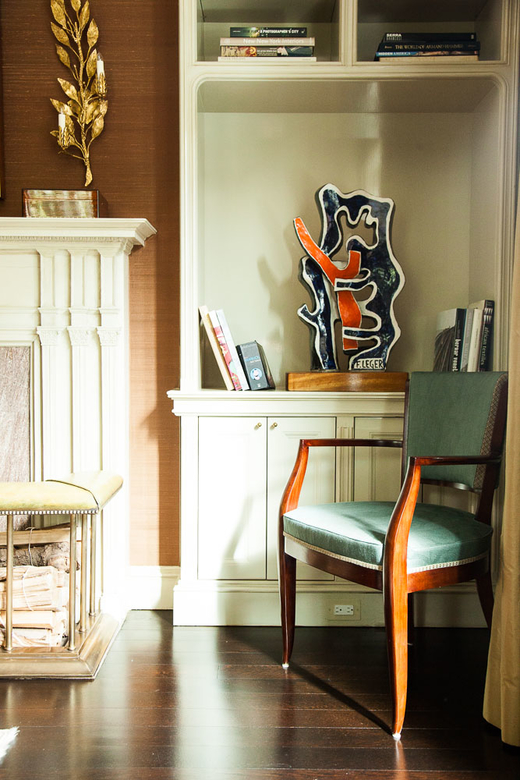 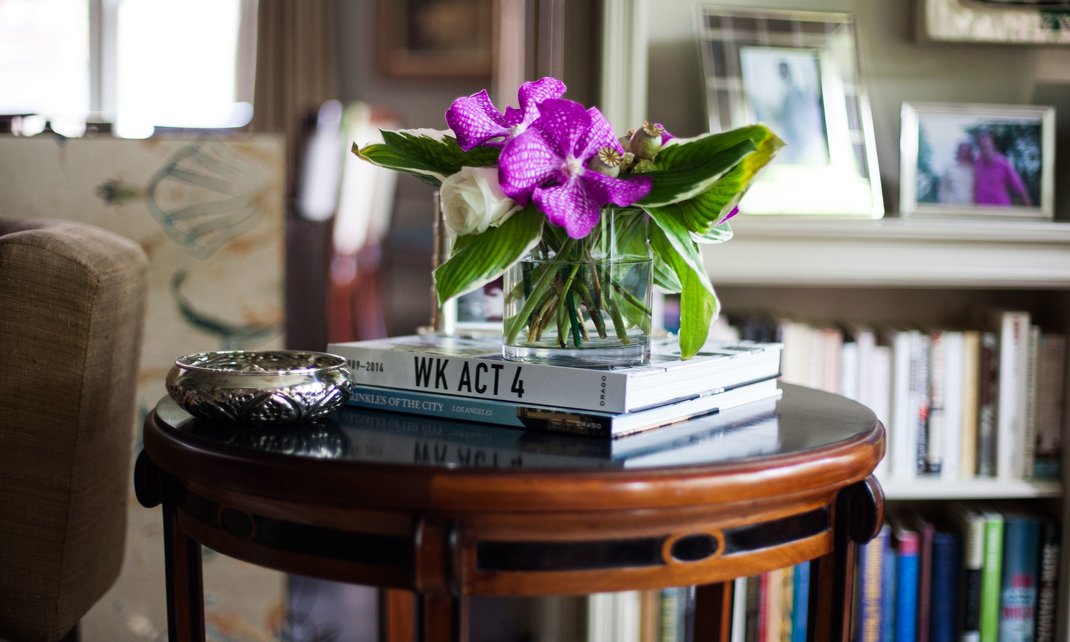 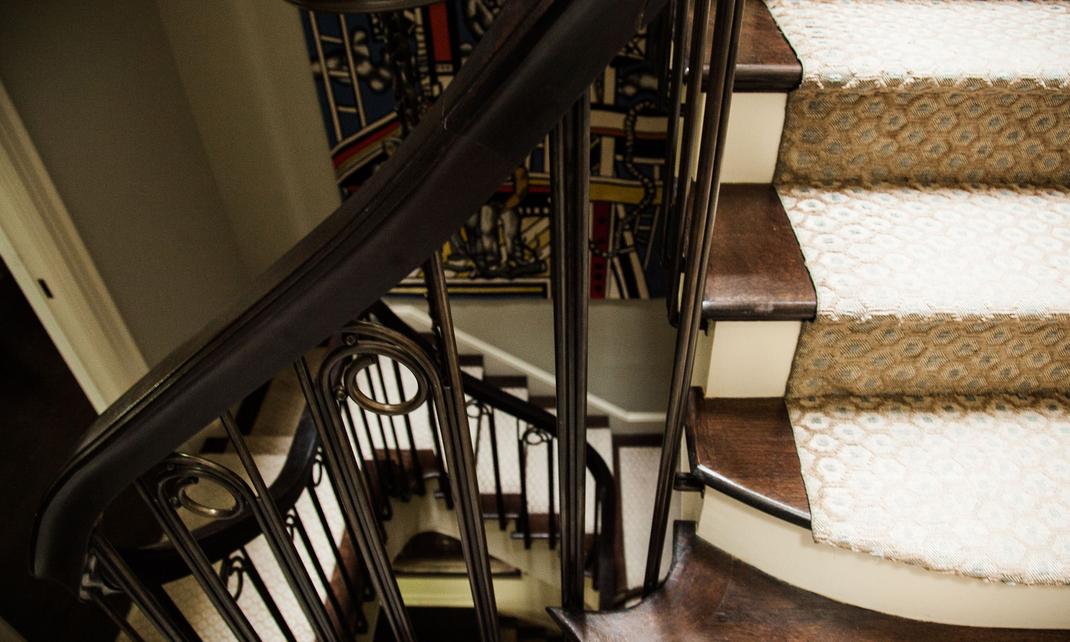 Amira, can you tell us who you are?

I am a Lebanese-Iranian-American. I was born in Beirut, I studied in Dubai and Geneva, and then I left for the United States where I studied English Literature at Stanford, and law at Georgetown University. I moved to New York in 2002. Above all,  I am the mother of two boys, Tarek and Zayd. These last few years, I also have started several entrepreneurial projects. I opened cycling and barre studios, Flywheel Sports, in Dubai, with the potential expansion throughout the Middle East. I was also part of the international launch of Pati de St Barth with my friend Laura Tolede. It’s a collection of tee-shirts, swimwear  and accessories, with the logo “St Barth French West Indies” that was created by Laura’s aunt 30 years ago. We are currently developing the brand worldwide and had a great launch with J. Crew.

What was your education in terms of interior design?

I did not study interior design at school. However, I did grow up with parents who have always appreciated art, design, and who instilled in me love and respect for one’s home. For my family, our home is a refuge, especially in such a lively and animated city like New York. My husband Dean works in real estate with his family. He builds residential buildings and renovates old ones. He really pays attention to details. They change everything, and give a particular style to a home and an architecture.

How would you define your style in terms of decoration?

We like the modern era of the 50’s-60’s,  Art Deco and the Hollywood Regency style, but always when we can choose to mix small ethnic and personal touches with it. My husband and I both have origins from the Middle East, and so we like the ancient Persian and tribal rugs, that remind us our childhoods (Ziegler Sultanabad, Suzani and Malayer rugs). We have also been collecting art since our wedding, specifically  ceramics by Léger and Picasso. We worked with Studio Sofield for the interior design and architecture of our home.  Indeed, Bill Sofield manages to mix glamourous elements with functionality and simplicity. On the other hand, we never let one designer choose everything. We were involved in all the decisions and choices for our house.

Is there an artist or a designer who inspires you?

I love Picasso. The simplicity of his works and the colours he uses always make me smile and dream. I also love Fernand Léger, the juxtaposition of his primary colours and his ideas, which were revolutionary at that time.

At home, where do you spend the most of your time with your children?

I have to say the kitchen is the heart of our home. We eat every meal there as a family and we also cook there together (the kids love that). On weekends, we spend the whole morning there, having breakfast, drinking coffee, doing hours of homework with the children, reading the New York Times and the Wall Street Journal and sending some professional emails. 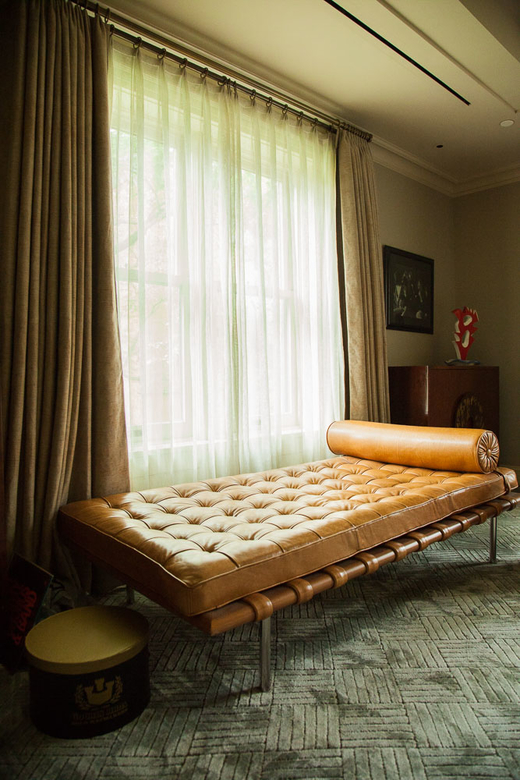 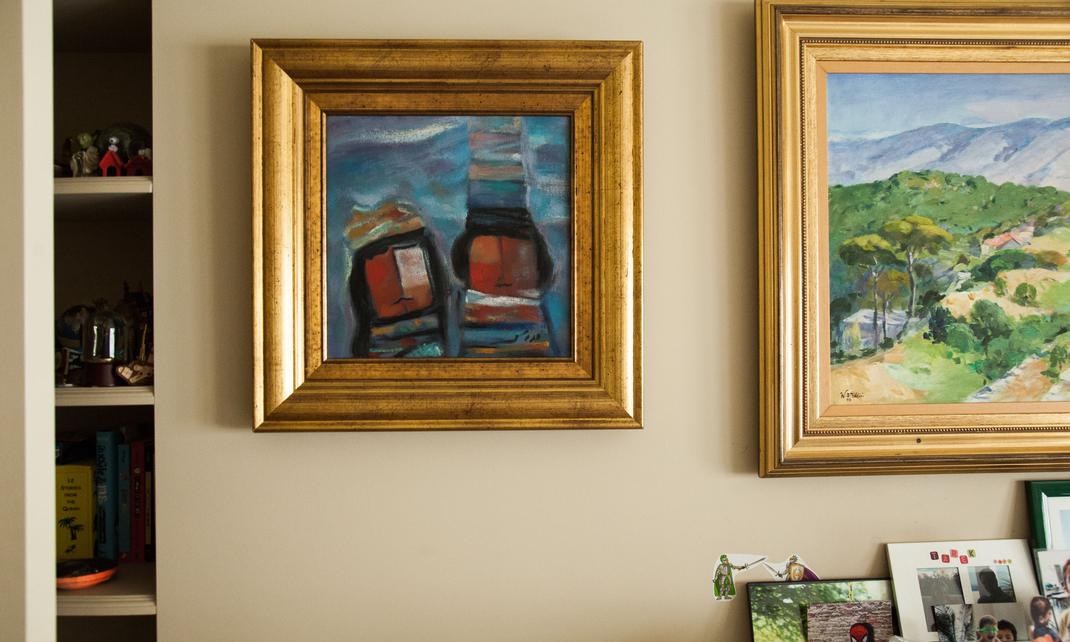 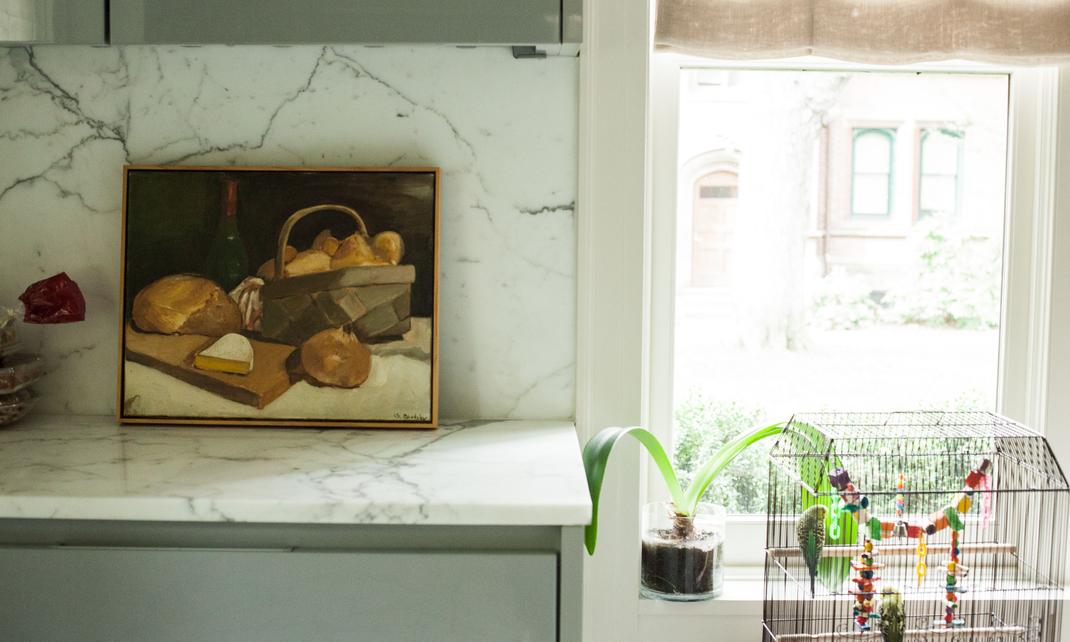 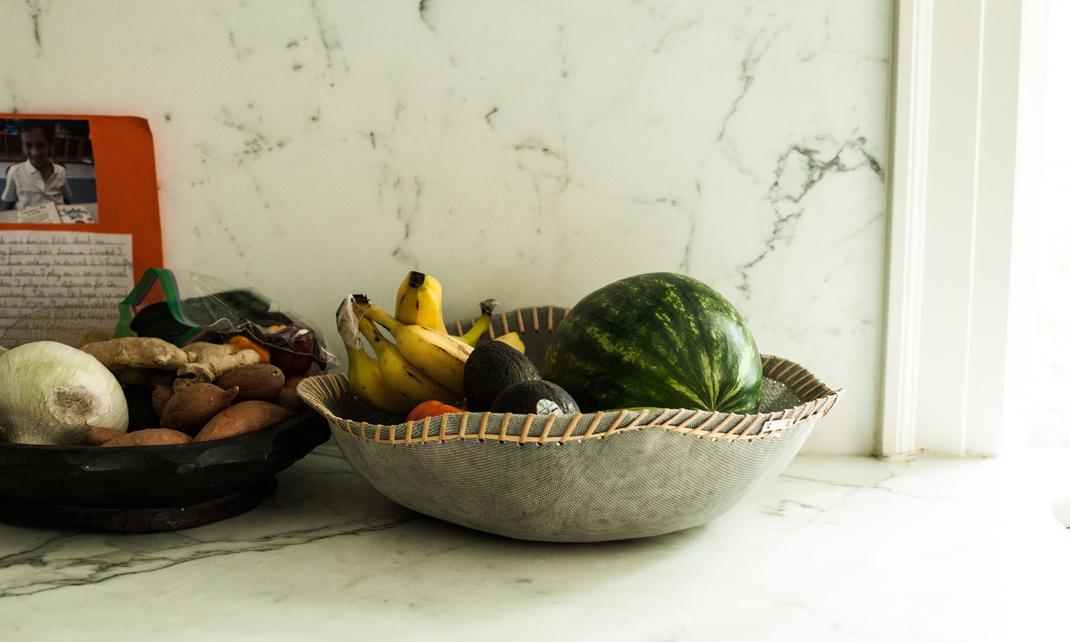 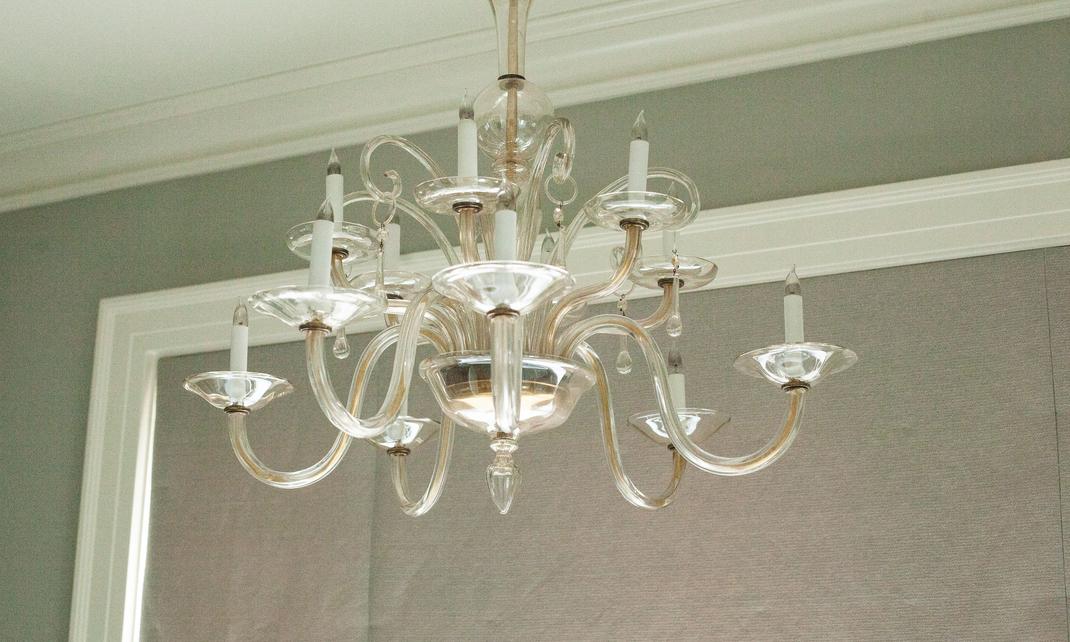 For my family, our home is a refuge, especially in such a lively and animated city like New York. 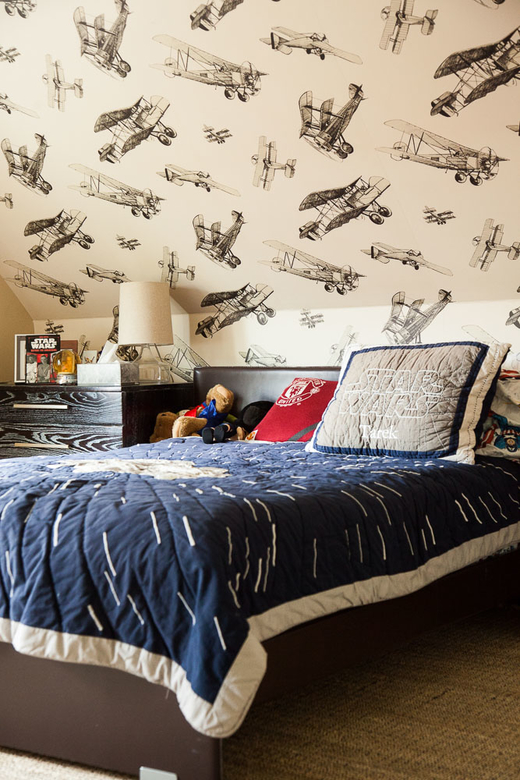 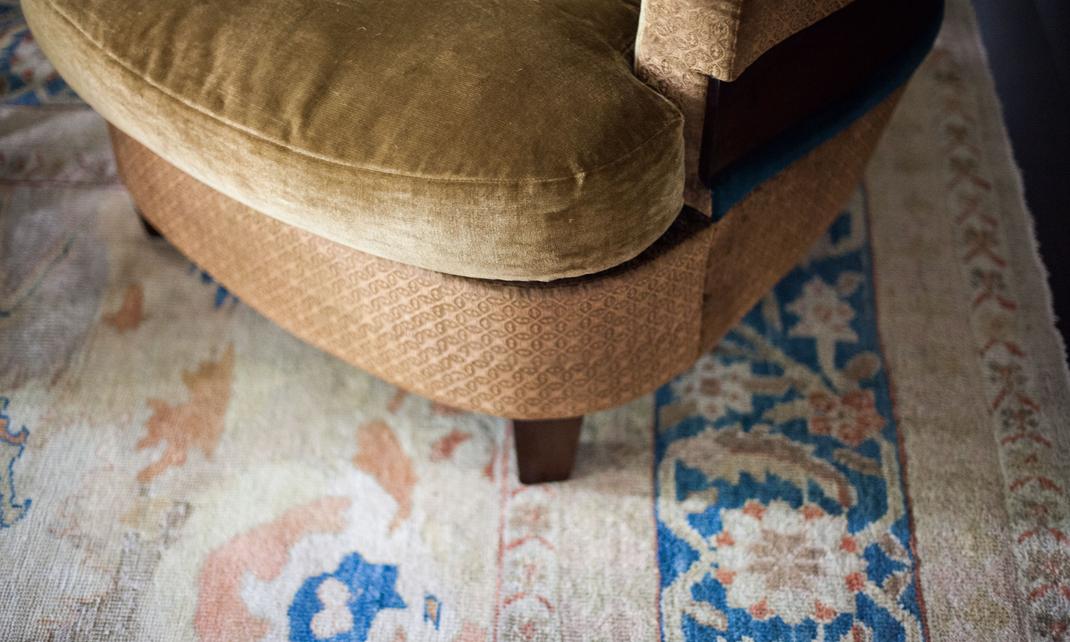 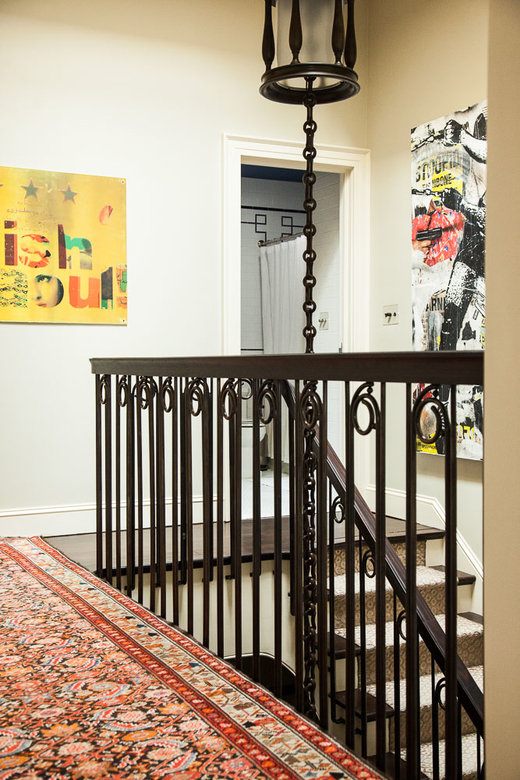 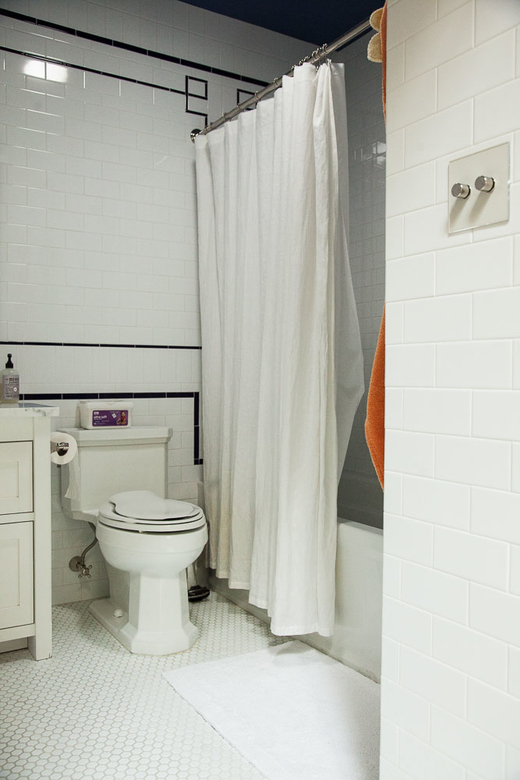 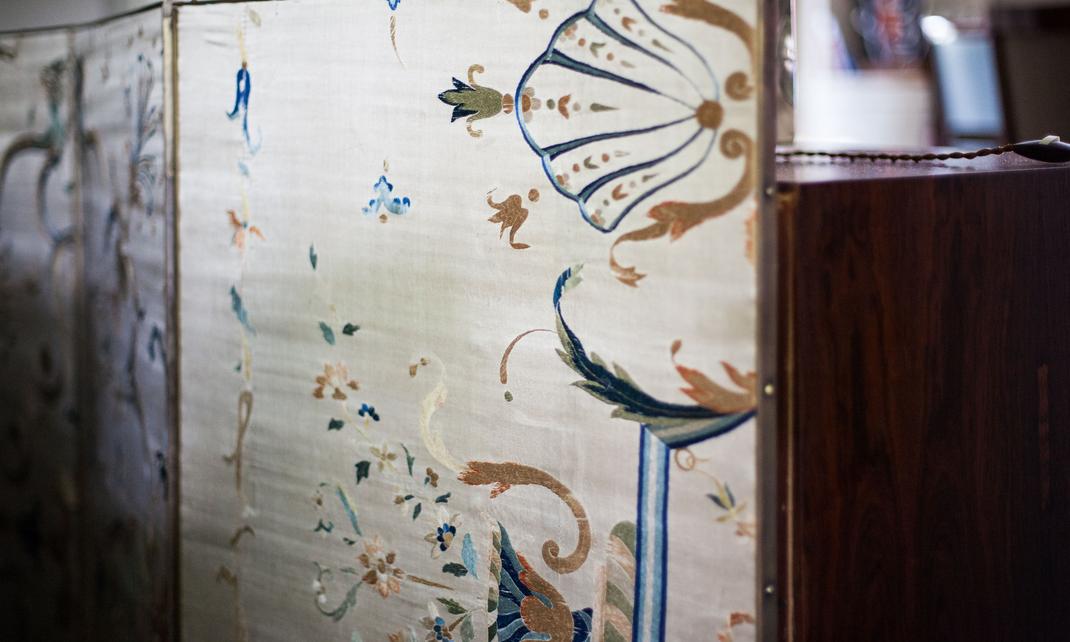 What is missing in your home?

I’m the kind of person who never thinks anything is missing in her life, but if I had to answer something, I’d say a swimming pool!

I think it might be my superstitious Lebanese amulets. I have “blue eyes” amulets that protect us from people’s bad intentions, in our entrance. I also love my collection of three Provençal guinea fowls in my kitchen. If I were the only one to decide, I’d have 30 of them!

Can you tell us about the places you like for decoration in New York?

We bought most of our pieces of furniture and deco accessories at auctions such as Wright, and we also designed some with  Studio Sofield. In Chelsea, there a lot of small shops dedicated to  XXth  century decoration, such as Mantiques Modern and Nest, on the 9th Avenue. I also love Maison 140 for small objects. I found my guinea fowls there!

How do you combine family life and nice decoration?

We have never been the kind of parents who allow our children to become kings of their house. We keep their toys in the playroom, and we instill in them  respect for space and things.  So nobody jumps on the bed or on the sofas! But we are lucky enough to have a playroom and a basement, where they can play as much as they want. We also have a garden where my two energetic boys get some fresh air every day.

Which restaurants would you recommend in New York?

My husband and I love discovering restaurants in New York and Brooklyn. There are so many of them! We love Sushi Seki on 23rd Street, and Bar Masa for a lunch at the sushi bar. Cookshop is my favourite  in the neighbourhood and  Indochine has always been a classic with a great Saturday night atmosphere For a very special dinner, Blue Hill at Stone Barns or Le Bernardin for the best fish in New York, and Novita for Italian food in Gramercy… We also love every Jean-Georges restaurant (ABC Kitchen, ABC Cocina). We love Cosme as well, which is perfect when you are looking for an authentic Mexican restaurant. Our favourite restaurant is Bond Street, where Dean took me for one of our first dates and which is still, even 16 years after, exceptional. And the list goes on. 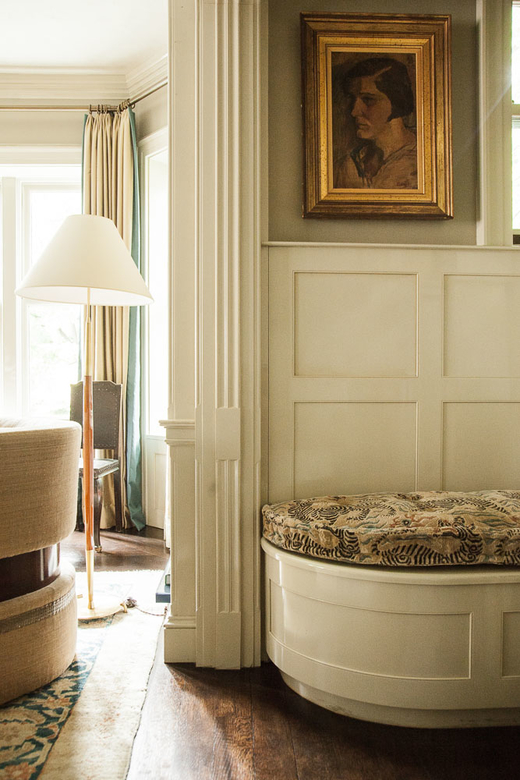 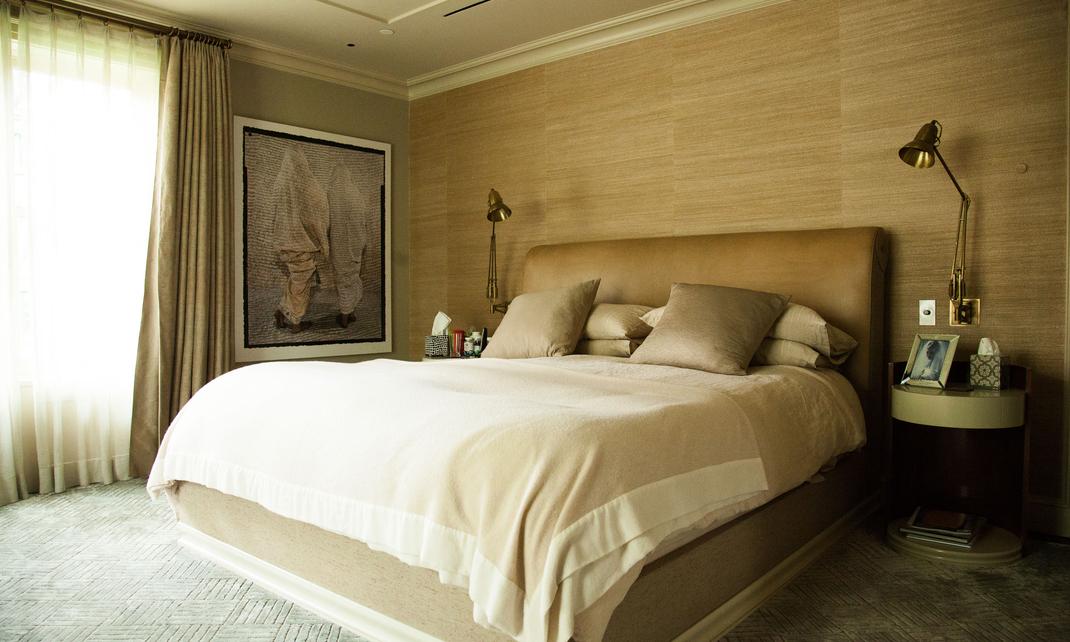 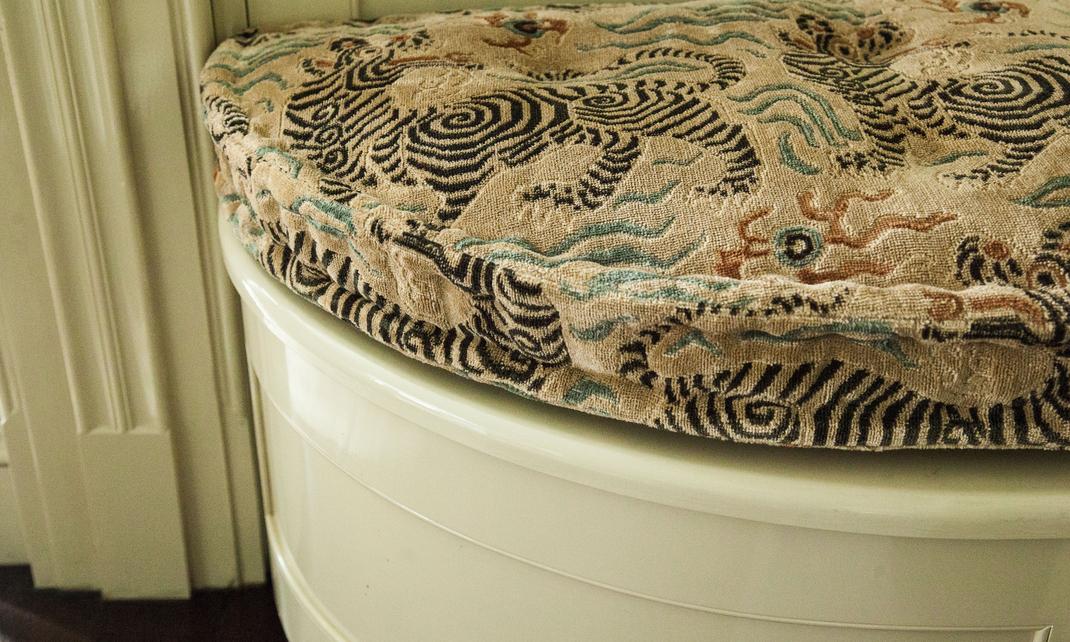 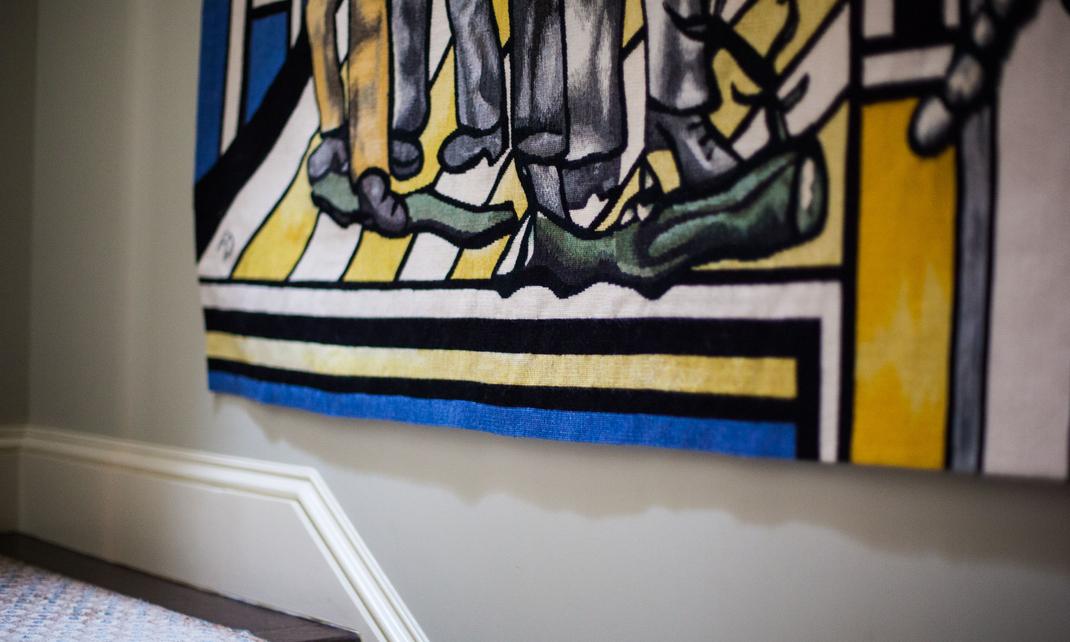 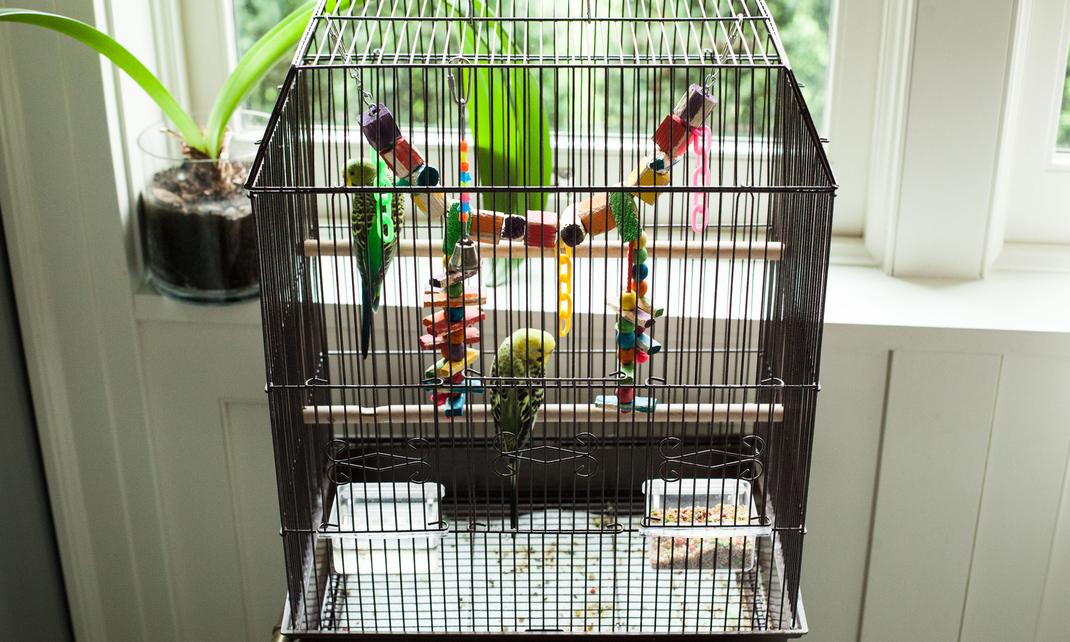 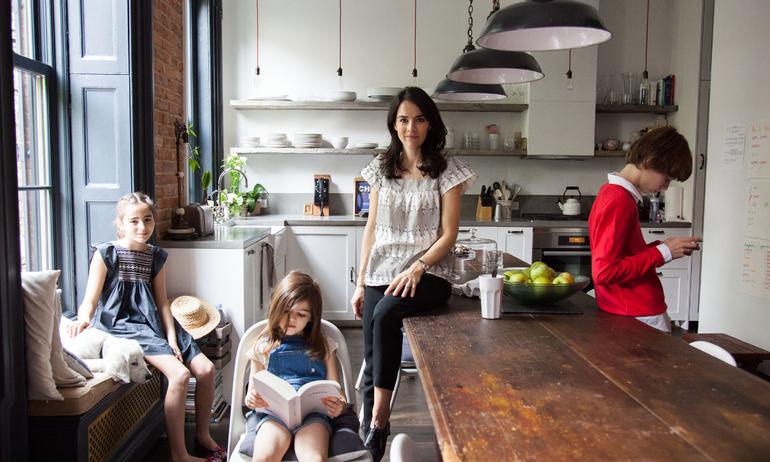 Florence Mars and her husband left France for New York a few years ago. A decision that she wasn’t particularly thrilled about at the time. However, today, more radiant than ever, she welcomes us to her fabulous four-floor townhouse in central...
Previous article
Next article

Sophie Thimmonier and François Grouiller live in front of the Williamsburg bridge, in a modern building that constrasts with the...

I find myself in the heart of Manhattan, which I don’t know very well. Here, you must show the doorman your credentials to get in. I...

For Lora Appleton, art and design are part of the family heirloom. Her grandparents, who were artists, initiated her into it since her...

The New York playground for the founder of the kinder MODERN gallery.