0
Our eshop is open, deliveries are ensured and more than ever our customer service is at your disposal. Take care of yourself.
My account My cart 0
Famille - Bruxelles /

Caroline Notté has made choices like nobody else. Firstly, in her career history. This demanding and multifaceted artist – as she likes to describe herself – wanted to master a wide range of options, right from the start. Art first, at the Académie des Arts de la Ville de Bruxelles. Then architecture at La Cambre. And even photography, for which went as far as exiling herself to New York in 2001. With her training behind her, Caroline Notté then undertook internships. The latter enabled her to rub shoulders with the likes of Marc Corbiau and Lionel Jadot, two giants of the Belgian architectural scene. Then came the time to go it alone. Caroline Notté then opened her own studio to which she added an art gallery a year ago. A passion within one that is even more outstanding: a building that is the former home of architect Louis Herman De Koninck […] 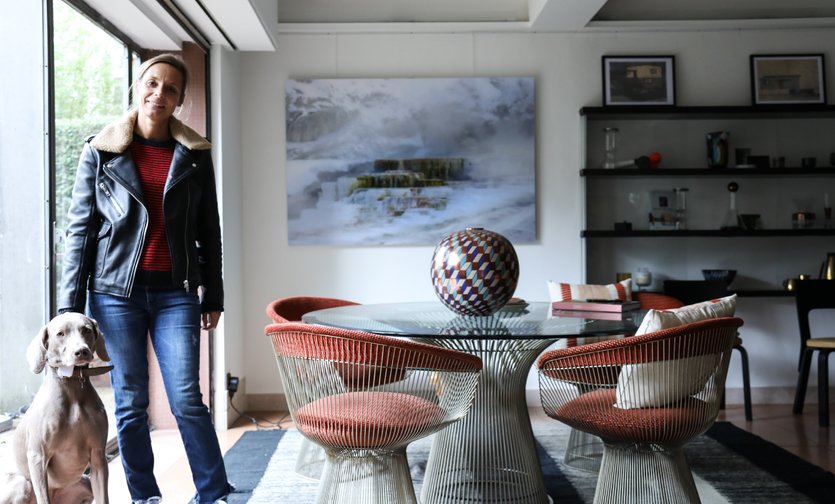 Caroline Notté has made choices like nobody else. Firstly, in her career history. This demanding and multifaceted artist –...

Émilie Duchêne’s communicative enthusiasm provides a bright contrast to an ever-gloomy sky. We are on the outskirts of Brussels with...

At Home with the Queen of Personalisation.

Today, we’re in Brussels and the door opens on the sunny smile of Laura Ruiz Fernandez. Passionate architect and very young...

Playing with the Constraints with Inventiveness.

Aurélie Coene and Thomas Van Den Driessche have chosen to live their family life to the pace set by Achille, their son. Working in...

A Perfect Combo of a Classic Décor and a Retro Style in Brussels.